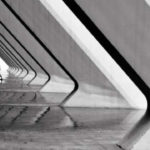 Interview With Joel Tjintjelaar 20th-century architectural photography was dominated by two towering figures who each had a significant impact on the promotion of mid-century modern architecture in America. Those two figures were Julius Shulman & Ezra Stoller. Both Shulman and Stoller were commercial photographers. Meaning, that their work was commissioned by architects … END_OF_DOCUMENT_TOKEN_TO_BE_REPLACED