Eric Meola’s graphic use of color has informed his photographs and his distinguished career for more than four decades. As an undergraduate at Syracuse University, he studied color printing and color theory with legendary instructor Tom Richards at the Newhouse School of Journalism before graduating in 1968 with a B.A. in English Literature and then moving to New York City in 1969 to work with Pete Turner as his studio manager. Eric’s prints are in several private collections and museums, and he has won numerous awards including the “Advertising Photographer of the Year” award in 1986 from the American Society of Media Photog-raphers. Showcasing a portfolio of his color images in its October 2008 issue, Rangefinder magazine re-ferred to Eric as one of a “handful of color photographers who are true innovators.”In 1972 he photographed Haiti for Time magazine, resulting in one of his most famous images, “Coca Kid,” which was included in Life magazine’s special 1997 issue “100 Magnificent Images,” as well as the ASMP archive at the International Center of Photography. His Time cover portrait of opera singer Bever-ly Sills would later be included in the permanent collection of the National Portrait Gallery. In 1980 his signature red, white and blue image “Promised Land,” was chosen for inclusion in the permanent collec-tion of the George Eastman House. In 1989 he was the only photographer named to Adweek magazine’s national “Creative All-Star Team”; and that same year he received a “Clio” for a series of images he made in Scotland for a Timberland ad campaign. “Fire Eater,” his iconic image of the spotlit lips of a woman submerged in a tank of water, and commissioned by Almay cosmetics, was included in Robert Sobieszek’s 1993 book on advertising The Art of Persuasion. He made a spectacular series of panoramic images for the Johnnie Walker Company in 1995, which were included in an exhibit of his work in New York. He has lectured extensively, including at Syracuse University, the Rochester Institute of Technolo-gy, the Art Center at Pasadena, Parsons, and the Academy of Art College in San Francisco. In 2004, Graphis Editions published his first book The Last Places on Earth, a look at disappearing tribes and cultures throughout the world. An exhibition in England of his photographs of Bruce Springsteen, which coincided with the publication of his second book Born to Run: The Unseen Photos (Insight Edi-tions, 2006), was followed in 2008 by INDIA: In Word & Image (Welcome Books, NY), and an exhibit in 2009 at the Art Directors Club of New York. In 2011, Ormond Yard Press of London published his most unusual book, an oversize (18”x24”, 14 lbs.) edition of photographs of Bruce Springsteen—Born to Run Revisted—that was limited to 500 copies. Streets of Fire, his fifth book, was published by HarperCollins in September of 2012. In October 2013, Welcome books published a new, expanded version of his INDIA book, and in the spring of 2014 he received the “Power of the Image” George Eastman award.

Prismatic Light on Staircase © Eric MeolaOne bleak November morning in 1968, I woke up very early and took the R train in Manhattan up

Architecture of a New Landscape

Carousel Lights, 2010I grew up in an era of pantheistic landscape images that through the sheer mastery of printmaking, tried to reflect not only God 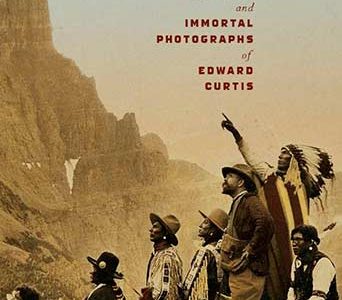