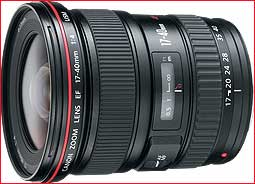 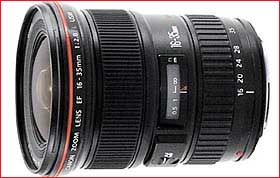 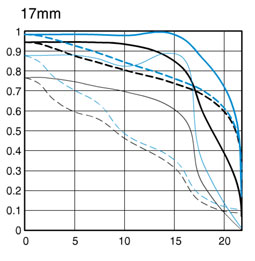 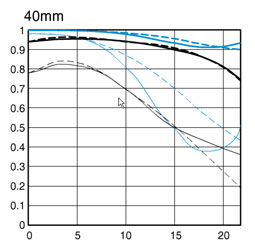 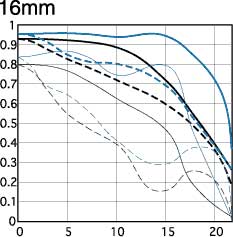 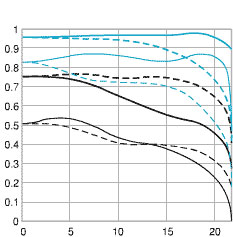 Canon has been busy recently in the ultra-wide angle zoom department. A couple of years ago they introduced the 16-35mm f/2.8L as a replacement for their earlier ultra-wide zoom, the 17-35mm f/2.8L. I reviewed this new lens, comparing it to the earlier model, and found it to be considerably better in almost every respect.

Now, in the spring of 2003 Canon offers up an alternative, the 17-40mm f/4L. What are the differences, and how do these lenses compare to each other? Many readers had written to ask me if I’d yet had a chance to test the new lens. Though it wasn’t on my personal list (because I already owned the 16-35mm) I was pleased to have a look at it. My friends at Vistek in Toronto — Canada’s largest professional photographic equipment dealer, were kind enough to lend me one, and though the timing didn’t coincide with any planned location shoots I was able to test it sufficiently to make some basic determinations. 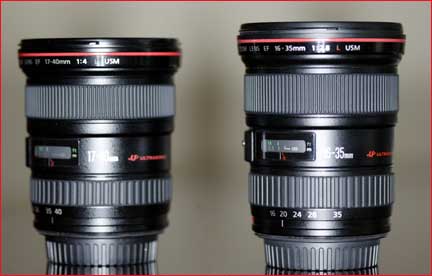 Lets start out with cosmetics and size. These lenses are physically very similar to each other. The 16-35 is slightly taller and weighs about 100 grams more than the 17-40. Of course the 16-35 is a full stop faster. Both lenses take the same 77mm filters, and use the same (supplied) EW-83E lens shade.

What is quite different is the price. The 16-35mm sells for about $1,400 while the 17-40mm is priced at $800. (These are B&H prices as of May, 2003. They are simply shown here for purposes of comparison). This makes the faster lens 75% more expensive than the new one, not an inconsiderable amount of money. So now it’s obvious why so many people are interested in how well the 17-40mm performs. It’s a stop slower, slightly smaller and lighter and a lot less expensive. But how does it compare?

There are a myriad of areas in which lenses can be compared, especially zooms, because one has to do these comparisons at a variety of focal lengths. These include resolution, flare resistance, colour reproduction, micro-contrast and many more. Since I don’t have an optical bench my tests are much more empirical, and similar to the kind of tests that you would do yourself. One difference may be that I’ve been doing this for about 35 years, so I have some experience in knowing what to look for.

My testing was done with a Canon 1Ds, an 11MP full-frame DSLR. Comparisons were done on screen in Photoshop at 100% magnification and also on prints at up to Super B (13X19″) in size. All photographs were taken tripod mounted and basic image processing (gray balance, etc) was performed. A moderate and identical amount of USM was applied to all frames.

Naturally the testing parameters had to be equalized, which means that the 17-40mm can’t be compared at f/2.8 or 16mm, and the 16-35mm can’t be tested at 40mm. But the lenses are close enough in features in most respects that the comparisons are meaningful. 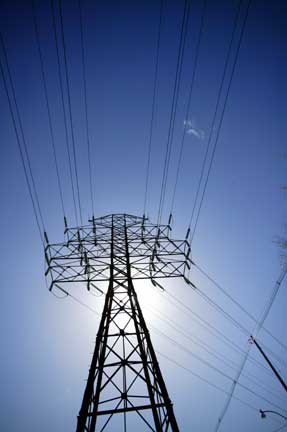 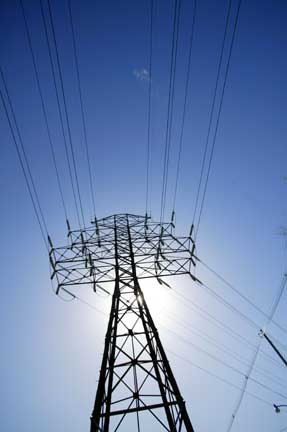 This frame was taken to try and see several things at once — resistance to flare, vignetting at wide aperture, and resolution. The first thing to notice is that the the 17-40mm vignettes somewhat more than the 16-35mm at f/4. Not a lot, but noticeable. But the 16-35mm appears to show more flare and lower contrast at this aperture and focal length. 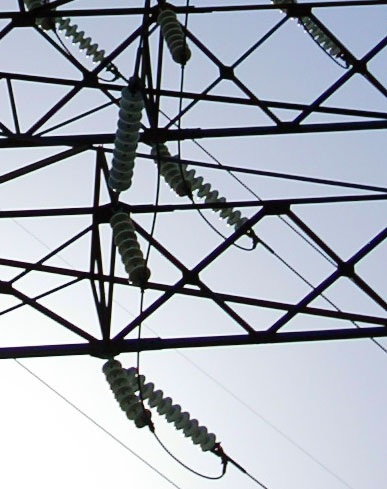 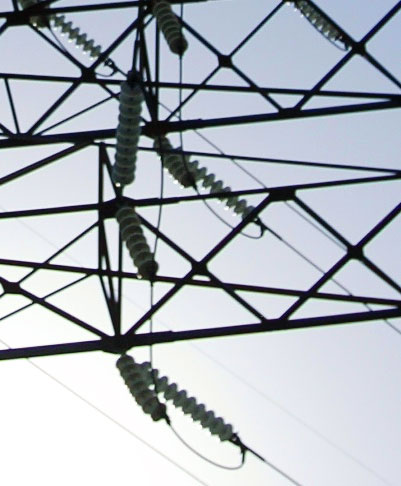 This can clearly be seen in the 100% crops immediately above. The 17-40mm displays higher resolving power. Notice how the lower-left wire that is clearly visible in the 17-40 frame at left is almost invisible in the 16-35mm frame at right. It is masked by flare and reduced contrast. The extent to which the 17-40mm lens is “sharper” can also be easily seen. (Naturally neither the tripod nor camera were moved while changing lenses, though I know someone on one of the discussion boards will assume that they were).

This street lamp is from the same frame above, taken at f/4, from the extreme lower right hand corner of the frame. What’s true at the center holds up (or doesn’t) at the corners. At f/4 the 17-40mm is sharper, has less flare and higher contrast. 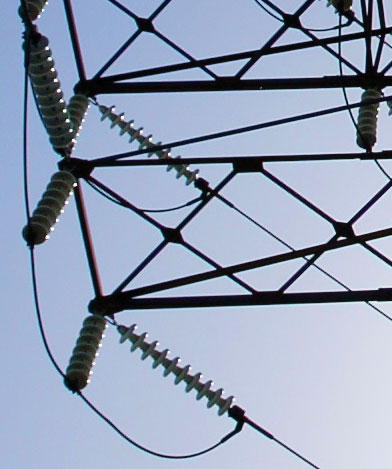 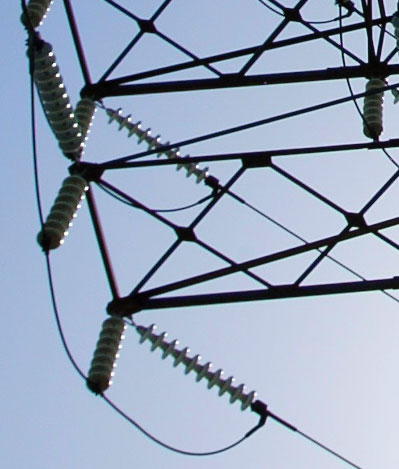 Now let’s see how the lenses compare at the other end of their zoom range, at 35mm. The frame below was taken in an abandoned factory where I could work with both high and low contrast subject matter. 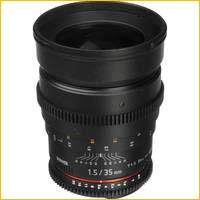 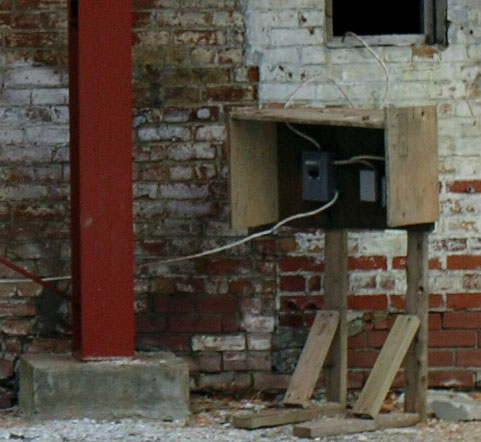 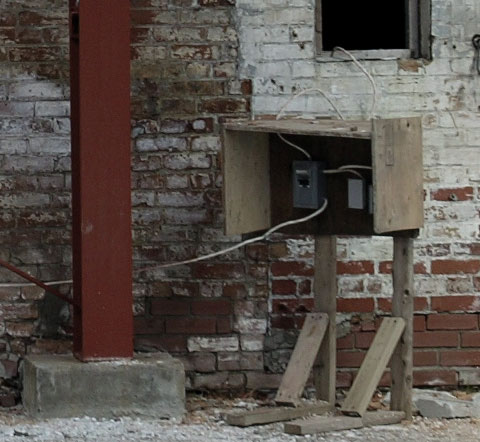 Here at 35mm and an aperture of f/4, the tables are turned. The 16-35mm is clearly sharper and has slightly high contrast. Look specifically at the pebbles lower-left and the bricks upper right. The corners of the frame tell the same tale. 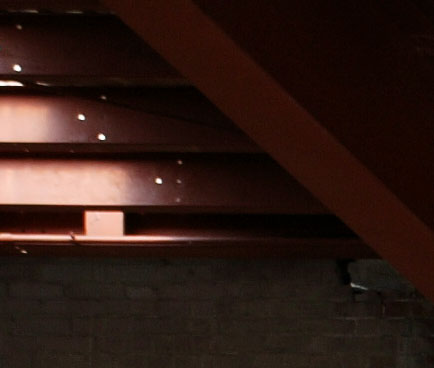 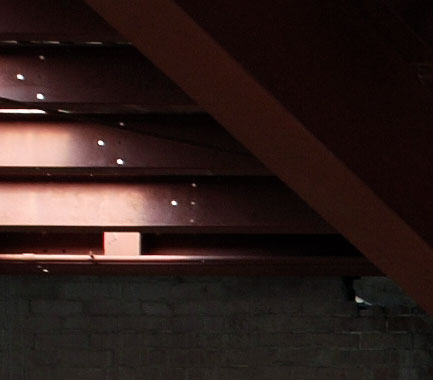 This holds true at the corners, and also at f/8, which can be seen above in Figure 9. Note though that these differences are barely visible in an A3 print, and only when enlarged to 100% (actual pixels) as seen on this page is the difference visually significant.

I decided to look more closely at the flare issue because this is where many ultra-wide and wide angle lenses can get into trouble. Below is one of the examples that I worked with, this time with both lenses at a focal length of 24mm and a working aperture of f/8. 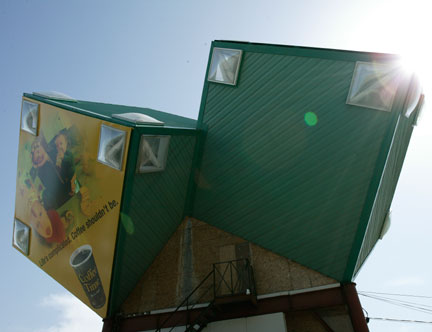 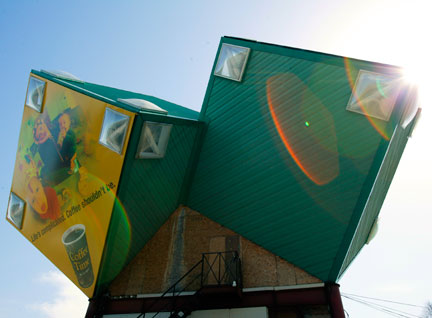 In this instance the 17-40mm shows less internal reflections, but also lower contrast. It’s possible that a minute change in the camera’s position would change this, but I did enough similar comparisons to show that this is typically the case.

Are these two lens samples representative? I can’t say for sure. I’ve been using my 16-35mm f/2.8L for many months and have been happy with the images it produces. Is it as sharp as primes in this focal length range? No, of course not. But it is very versatile, and I don’t hesitate to use it in demanding situations.

The new 17-40mm f/4L is a welcome surprise though. At nearly half the price of the faster and slightly wider 16-35mm f/2.8L it provides excellent image quality, surpassing that of the more expensive lens in several areas.

Which to buy and what to do? My recommendation is that if you already own the 16-35mm f/2.8L there’s no need to change. It’s “six of one half dozen of the other” when comparing the two in terms of overall image quality, and the extra stop in speed may well be important to you. If you own the older 17-35mm f/2.8L then an upgrade may be in order since both new lenses are superior. If you don’t yet own a super-wide zoom, and don’t absolutely need the extra speed of the 16-35mm, then by comparison the new 17-40mm lens is a real bargain and an excellent lens in its own right.