Over the past several years there has been a dramatic change in the abilities and features of raw processing software. Indeed their very nature has changed. Programs like Adobe’sLightroomand Apple’sAperture, in addition to being raw processing programs are now fairly complete digital asset managers and printing engines. With their also included web and slide show modules such programs have essentially renderedPhotoshopredundant for maybe 90% of the needs of most photographers. Many, myself included, now rarely use Photoshop except for a few specialized tasks.

As regular readers know I am a big fan of Lightroom. While I respect Aperture’s capabilities, and as a devout Mac user find the idea of using it appealing, in the end I have selected Lightroom for several reasons. The first is simply personal – I find its interface more intuitive. On a professional basis I find Lightroom’s feature set more compelling, and as a journalist and educator my involvement with Lightroom (including thetraining videosthat I’ve produced together with Jeff Schewe) have greater relevance to the overall photographic community, because Lightroom is available for both Mac and Windows while Aperture is Mac only.

The Capture One Factor

But as good as Lightroom is, and it’s very good indeed, for several reasons I also need to and like to use Phase One’sCapture One. Five years ago Capture One was regarded as the top-ranked raw program by many photographers. But along the way between Rev 3 and Rev 4 Phase One lost about two years and a great deal of market momentum.

Capture One (C1) is now at version 4.8, and has evolved once again into a very fine raw program. It lacks the DAM features of Lightroom and some of the more advanced image editing tools such as brushes and gradients. There’s also no printing engine, but where Capture One excels is in the basic act of converting a raw file into a demosaiced image.

Since I currently own a Phase One P65+ back (and have had other Phase backs previously) I have always used Capture One, and though I have also used Adobe Camera Raw and Lightroom for the sake of convenience when they have supported the backs that I’ve been using, I always saw noticeably superior raw image conversion from C1. I know several Phase One back owners who corroborate this with their own tests and experience.

In late 2008 I started using a Sony A900 camera system and found that C1 dida very good jobwith the A900’s files, and over the years have also been pleased with its output from Canon and Nikon files.

But, for me Lightroom offers such compelling workflow and post processing efficiencies that I use it as well for all my images. How then do I integrate the two into a smooth workflow?

Some photographers with Canon and Nikon pro gear may also want to use C1, not only for it’s very high quality raw conversion, but also because it offers very versatile tethering with these cameras when doing studio work. 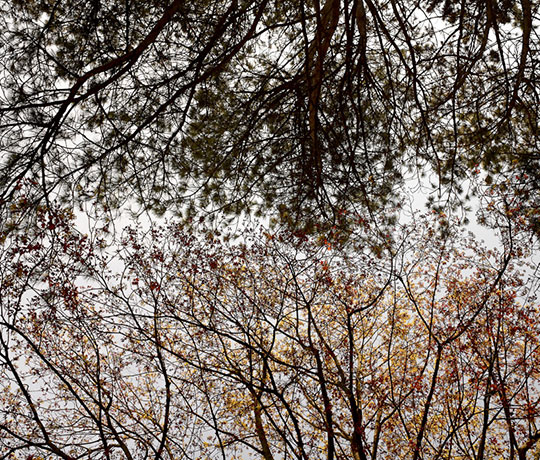 My workflow consists of ingesting, browsing and ranking, raw conversion, and then post processing and cataloging, with printing as the usual final step. I perform roughly half the steps in C1 and the other half in Lightroom. Here’s how.

I use C1 to ingest the files into a new "Session", copying the cards to two drives simultaneously. I don’t erase the cards until I have verified that both copies are well and truly copied.

I then do a quick ranking of my images, selecting those that I anticipate working on further, and then group these together.

The major steps which I take in Capture One are to choose the appropriate camera profile, do a white balance, and then set black point and white point. These are the critical steps that need to be done in raw mode. I then export the file to Lightroom for further processing. I send the file as a 16 bit TIFF. DNG would be preferable, but the DNG export from C1 doesn’t include any of the process settings, and one would thus lose the advantage of C1 matrix decoding.

In any event, and here’s the critical point, once a file has been demosaiced, with white balance, white point and black point set in the raw converter, doing further image processing on a 16 bit file in a large colour space such as Prophoto RGB (which Lightroom uses), leads to very little additional image degradation over working on a raw file in parametric mode. I’ve tested this extensively and can see hardly any difference between doing all adjustments in raw, and just WB and major white and black point settings in raw.

In Lightroom I set up anAuto Importfolder and then set Capture One to export to this folder. A single click on the process button in C1 and these TIFF shows up a few seconds later in Lightroom.

Once in Lightroom I proceed to Keyword the file and then do all of the usual image processing steps, including cropping and rotation, spotting, colour adjustments and the like. It’s really that simple, and I end up with the best of both worlds.

Capture One does the initial heavy raw lifting, and Lightroom then does what it does best, all of the DAM functions, image refining and then printing. So, to the extent that someone finds Capture One preferable to Lightroom when it comes to basic raw processing, this workflow turns out to be both productive and simple to implement.