Filmmaker Anna Possberg After meeting the German globetrotter Claus Possberg her life turned into a completely new direction. Infected by the travel virus Anneliese, or Anna how friends call her, gave up her initial career realizing that a 9-to-5 job at the desk was definitely not for her. Looking for means to convey the overwhelming impressions and experiences gathered during their travels Anna discovered her passion for the moving images. Together as a German photo and film team they have travelled extensively to haunt the special places of the world. The result is an impressive collection of spectacular pictures and film material. Her debut documentary about the wildlife in Antarctica is in a production and distribution project. A film series about their adventure travels is also planned and production has started. Their way of traveling individually in a very small team allows them the necessary flexibility for their newly discovered passion for time lapses. No day is too long and no winter night too cold to capture the magical moments of nature by the special technique of time lapses. Together with her husband she publishes articles about their experiences throughout the world. A showcase of her award winning work can be seen HERE 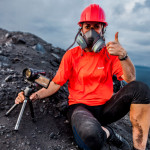 What are time-lapses? Since the documentary movies “Baraka” (Ron Fricke, 1992) and “Planet Earth“ (BBC, 2006) the magic of the time-lapses caught the attention of many photographers and filmmakers. The viewer perceives differences by time-lapses, which are otherwise hardly discernible because the movements alter very slowly in real time. Good examples are a … END_OF_DOCUMENT_TOKEN_TO_BE_REPLACED