I started shooting when I was 10, and my grandpa was a professional portrait photographer doing studio portraits. So he took care of my first pics. There was no pressure, so I enjoyed every minute with my new camera. I did mostly photos of my classmates and friends. I was happy to capture a moment, emotions and joy of life. Since I grew up in Sochi, that was a fun place to enjoy my childhood. I think until now portraiture, wildlife portraiture and landscapes is what I care about the most. Memories of people I crossed with and places I traveled the world. Great memories of life, we live for well captured. Anton Lyalin Russian Works in Moscow 2001 Starts shooting African series   Professional since 2010 Photo contest: 2010, Hasselblad Masters, Finalist in “Wild Life” category Solo exhibitions: January-March 2010, Lumiere Photo Gallery, Moscow, Russia October-November 2012, State Russian Museum, St. Petersburg, Russia November-January 2012, Lumiere Photo Gallery , Moscow, Russia November-December 2012, White Moon Gallery, Paris, France Group exhibitions: April 2013, “Four by Four”, Group photography exhibition, presented by Picture This Gallery, Central, Hong Kong March 2013, The Affordable Art fair Hong Kong, presented by Picture This Gallery, Hong Kong Convention and Exhibition Centre, Hong Kong November 2013, The Affordable Art fair Singapore, presented by Picture This Gallery, F1 Pit Building, Singapore 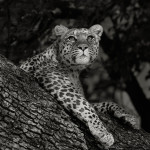 Publishers Intro…  I met Anton Lyalin, a Russian photographer, a number of years ago while running a Phase One PODAS workshop.  It was an immediate friendship.  I witnessed his growth as a photographer over many years and workshops together. Anton is a well-versed gentleman who owns and runs a number of steakhouses in Moscow.  (How could a steak-loving guy be anything but … END_OF_DOCUMENT_TOKEN_TO_BE_REPLACED