Jan Bell’s work reveals an intimate view of the natural world, reaching into the subtle beauty within a form. Each photo represents an opportunity to consider the subject, almost apart from its meaning or function. Whether it be the inner folds of a plant, a sand-swept dune, or a distant coastline, he reveals only as much as he cares to share. Bell’s love of the wilderness has been a constant throughout his life. His pursuit of landscape images has taken him all over North America, typically photographing for weeks or months at a time. This love of the land, coupled with a love of fine art photography, combine to make his expressive prints. Throughout Bell’s sixteen year career, his work has been exhibited in various galleries throughout the U.S. His work has been published in B&W magazine as well as several books. He has garnered numerous awards, with the Ansel Adams award topping the list for his Agave” photo. 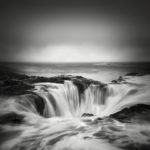 2016 Michael Reichmann Grant Winner - Jan Bell  I was honored to learn that I was the recipient of the 2016 Michael Reichmann grant. It allowed me to set out on a 12-week trek along the northwest coast of the United States. Shortly after receiving the grant I learned that Michael had lost his battle with cancer. That had a big impact on me. I was prepared to work twice as … END_OF_DOCUMENT_TOKEN_TO_BE_REPLACED