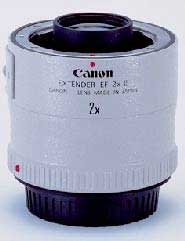 A Tale of Two Extenders

While some nature photographers swear by them, others swear at them. What is the object of their attention? 2X Extenders. Most photographers find that camera manufacturer’s 1.4X Extenders produce quite decent quality, especially when the lens is stopped down a bit. But with 2X Extenders there is less unanimity.

In my experience 2X Extenders range from awful to just "OK". Few photographers that I know would say that they’re everwonderful. But, there are shooting situations where the need to get tighter outweighs the need for optimum image quality, so most photographers have one in their kit.

The Lure of The New

In 2001 Canon updated both their EF 1.4X and 2X Extenders. Both now have the designationIIafter their model numbers. In both cases Canon added rubber weather sealing on the mount, designed to mate with the seals on their then new line ofImage Stabilizedsuper-telephoto lenses. They claim to have added new anti-reflection coating to both units, but also to have completely redesigned the 2X. Canon therefore claims that the 2X gives better performance than the previous generation. Naturally, I had to see this for myself.

For this test I decided to use my highest quality long lens, theCanon 300mm f/2.8L IS. This lens is capable of superb performance, even wide-open. It was mounted on a large rigid tripod,ISwas turned ON, and I ran a series of frames usingFuji Provia 100Fwith anEOS 1V. Scans were done using anImacon Flextight Photoscanner at 3200 PPI.

The red building is theCBCbroadcasting building in downtown Toronto. A nice high-contrast subject on a sunny day. 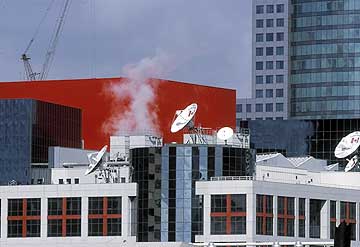 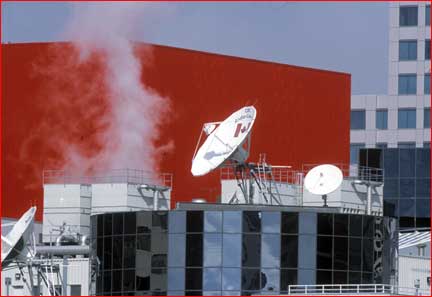 The two frames above show the field of view with the 300mm lens by itself, and then with a 2X Extender. The four frames immediately below show a 100% cropped section of both the center and the upper right-hand corner of the frames. These were done first with the old 2X Extender and then with the new one. 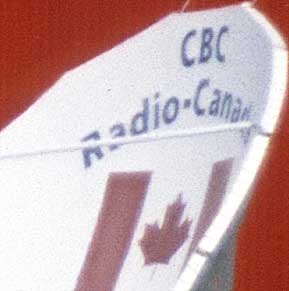 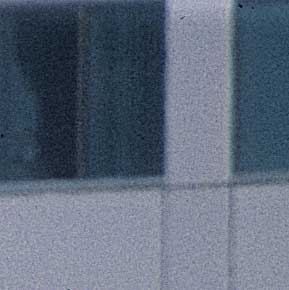 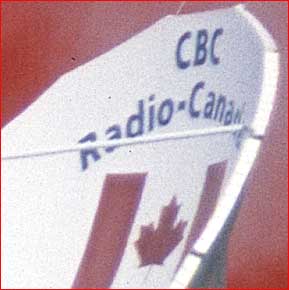 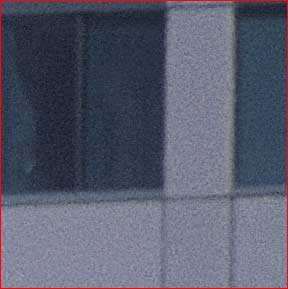 There is not a big difference between the old and the new Extenders with the lens wide open, though the new 2X is indeedslightlysharper at this aperture.

You’ll notice a bluish haze over part of the new extender’s center frame shot. This is from the steam rising from the ventilation tower just to left of the satellite dish. Unfortunately I hadn’t noticed that the wind had blown some into the frame for this shot. I don’t believe that it materially effects the results.

The series below was done with the aperture closed down 2 stops from wide open, to f/11. There’s an obvious improvement in image quality with both Extenders, both at the center and the corners. But I still don’t see a huge difference between the old and new 2X Extender except in the corner, where the new 2X is somewhat sharper. Curiously, the old 2X looks a bit sharper in the center examples. 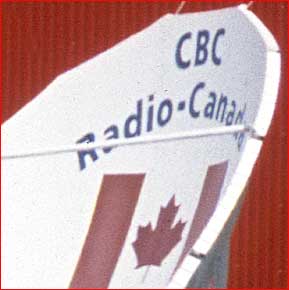 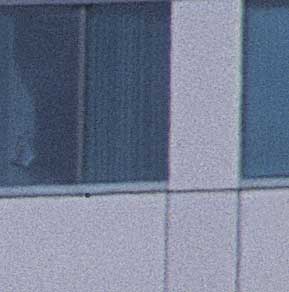 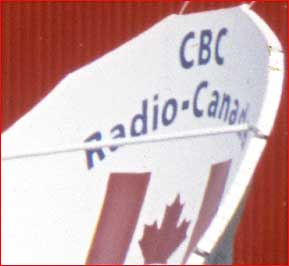 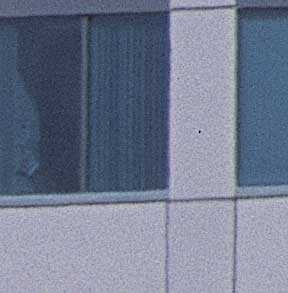 I was ambivalent about how I wanted this test to turn out. On the one hand I would have liked very much for the new Canon 2X Extender to surpass the old one, as I’ve never felt that the quality I got from my Canon 2X was as good as I wanted or needed. On the other hand I knew that if the new model showed a marked improvement I’d want to get one, making a fresh dent in my wallet.

I have to admit that I was disappointed when I saw the results. It would therefore appear that my desire for a better 2X Extender exceeded my desire to contain my equipment spending.

If you have a Canon system and think you need, or at leastwanta 2X Extender, then the new model is about as good as it gets. If, as I do, you already own the previous generation then I wouldn’t be in a rush to replace it.

The programs found onVideo JournalDVDsare based on articles and images that appear here on the main web site. Below areprimarylinks that will lead you to