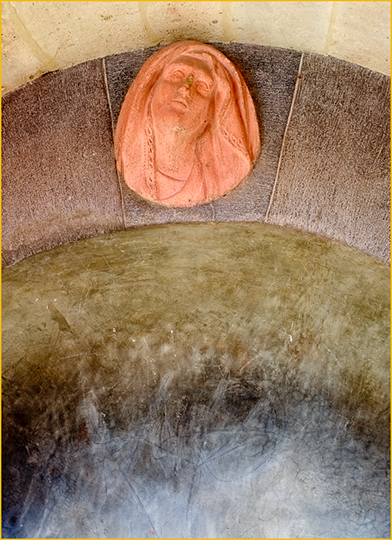 As I sat down to document some of my ongoing thoughts on theFujifilm X100, followingmy initial field review, I received the following email from a gentleman named Gordon…

Thank you for your review of the fuji x100. I’ve had mine a week now, and agree with all your comments, both positive and negative.

I have made my living as a photographer since 1971. I’ve never pre-ordered a camera before this and was very excited to get it.

I am having a love/hate relationship with this thing. More hate than love at the moment.

This camera has such promise, but is full of glitches and stupidisms which are spoiling my pleasure in using it.

I’ll try to be brief, but if you have any influence with fuji at all, I’d love to make them aware of my issues.

1: My latest issue is the camera locking up. The little light that blinks as it is ever so slowly writing to the card stays lit and the camera will do nothing unil in frustration I just take the battery out and put it back in to “reboot” the thing. Arggghh.

2: Manual focus. The ring, and viewfinder, as you mention, are useless. I too love using the ael afl button to focus, and this works pretty well. Problem is. If you pre-focus, then pick the camera up to take a quick shot, it may or may not actually respond, or may take a second to pull itself together before the shutter releases. I’ve already lost a bunch of shots this way.

3: In manual focus, I cannot get rid of that huge distracting distance scale which obscures the bottom frame line at close distances, even if I uncheck the box in the menus that is supposed to hide it. Fuji has decided I don’t really mean it when I say I dont want to see the thing.

4: Battery life. Not very long, and when the battery warning comes on, it is too late, you get a couple of shots before it shuts down.

5: I never shut my dslrs off. I just let them go to sleep. That way, like a computer in sleep mode, it comes awake with the touch of a button. I can carry around my dslrs, and instantly bring the camera up to my eye and take a shot whenever I want. Not so with the fuji. Even in quick start mode, it may wake up, or it may not. I have not figured out ryme or reason, perhaps it times out. If it DOES start up when I hit the shutter button, I must press it again to actually take the  picture. It it doesn’t start up when I press the shutter button, I have to turn the off/on switch off, then on for the camera to yawn and wake up. Sometimes I have to do it twice. By then my shot is gone. This has happened to me countless times this past week. I’m going nuts. For a camera aimed a street shooters, this is crazy making.

6: For God’s sake, why would I want to be using an optical viewfinder, or the efv for that matter, and have it display a preview in the viewfinder? It is horrible.  I can’t think of a feature I’d rather have less. It is like photographic coitus interuptus. SHOW ME THE PREVIEW ON THE BACK OF THE CAMERA, LIKE A DSLR DOES, or at least give me the option. I’ve turned the thing off, but it means I have to wait for the camera to slowly write to the card, then press playback and wait again for it to slowly display the preview. Then if I want to look at the histogram, I have to cycle through view modes. I also have not discovered if I can turn on a highlight alert.

7: Focus spot parallax. At close distances, the actual focus spot is up and to the left of where it seems to be. In some situations, this results in focusing behind the intended area.

I’m trying hard to love this camera, but am pretty pissed off with it at the moment. It is fine for deliberate stuff, but for spontaneous shooting it sucks.

While there are a few things in Gordon’s letter that I might quibble with, he’s mostly hit the nail on the head and pretty much summarizes my frustrations as well. I too am developing a real love / hate relationship with this camera. There’s so much to enjoy, yet also so much to frustrate one.

This increasingly seems to be the case with recent cameras. In the days of 4–7 year product cycles with film cameras, especially pro models, and before the days of the Internet, secrecy in product development was much easier to maintain. Camera makers would spend a long time finessing the details on new models. Certainly there were always things that one could carp about, but on the whole there were few glaring design errors. There was time to get things right, and outside testers couldn’t really become the source of leaks, because there was no easy way to spread rumours.

Now though, product cycles are sometime measured in months rather than years, and even the most obscure posting online can known in nano-seconds to everyone who might be interested. The number and popularity of camera rumour sites in recent years bears witness to the problems that camera makers face in keeping their upcoming products secret, while still allowing for pre-production field testing.

As a consequence we all too often end up with flawed products. As someone who occasionally is called on by camera makers for input on early design, or pre-production testing, it constantly amazes me to note the small things that can be overlooked when one is focused on the big picture. I see this in my own writing, when even after multiple rounds of proof-reading I find major flubs in my writing – but onlyafterpublication.

So; all I can suggest to Fujifilm as well as most other camera makers is – please take a little more time in sweating the details on new products. It may be the big things that please us and cause us to buy your products, but it’s the little things that can then drive us crazy once we are owners. Oh yes, go beyond your own in-house engineers, and please take a bit of time to also involve some experienced photographers in testing your new designs, before they are lock-in. It really shows when you don’t. 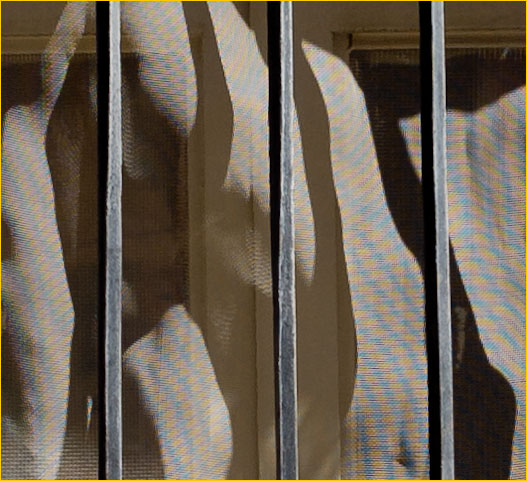 Since the beginning of time (or at least since the first generally available digital cameras around 1999) DSLR makers have been concerned about moire. “What’s moire”, you say? “I’ve never seen it“? Right!

Medium format backs typically do not have AA filters, which is one of the reasons for their superior image quality.

As I was first working with the X100 I was taken with how crisp the images were. They reminded me of these from theLeica M9. At first I simply thought that this was due to their functional similarly, but that didn’t make sense. There’s nothing inherent about an optical viewfinder camera that makes it sharper.

It wasn’t long before I realized that it was likely that, like the M9, the X100 didn’t have an AA filter (Anti-Aliasing Filter, AKA blurring filter, AKA moire remover). I figured that it shouldn’t be too difficult to find an example to determine this one way or another.Right? Wrong!

The major camera makers would have you believe that the world is full of lurking examples of subjects that will jump out at you and ruin your photographs with moire. The truth of the matter is, it’s very hard to find such examples when you’re looking for them, let alone in day-to-day photography.

If you’re a fashion photographer this may not be the case. Your world is full of man-made fabrics with very fine patterns that can “beat” with the grid frequency of your camera’s sensor. For you, a Nikon, or Canon, or other DSLR with a strong AA filter is what’s needed (or, lots of time in post-processing). For the rest of us? Not so much. 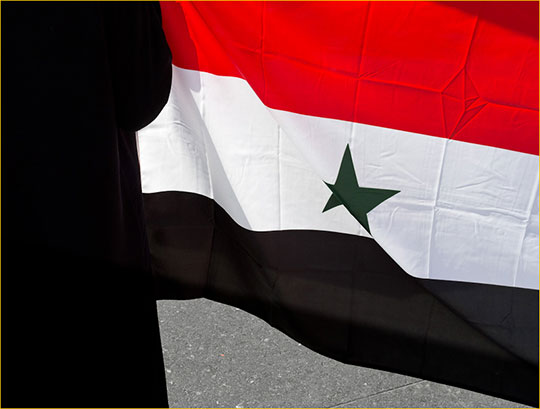 Because of its novel hybrid EVF / OVF design some users are encountering problems associated with the AF system. Part of the issue is that the center AF point remains stationary when the parallax correcting frame lines of the OVF move. This means that when switching between OVF and EVF the focus point may not be where one expects it to be.

I don’t really see this as a design defect, but rather as something that users have to be aware of.

What is a design defect is that like most things on the X100 the user selected size of the AF frame is not sticky. The default size of the sensor area is quite large, and consequently the AF system sometimes decides to focus on something that is peripheral to the box, rather than dead center. By pressing the AF button and then rotating the thumb wheel one can make the AF sensor area quite a bit smaller – a good solution to the problem –but the damn thing isn’t sticky!!!!!!!!!!

When one switches between viewing EVF / OVF modes the camera returns to its large default  AF frame. Resetting the frame is then a finicky job of multiple button presses. This is majorly frustrating, and is a true firmware bug not just a design deficiency. 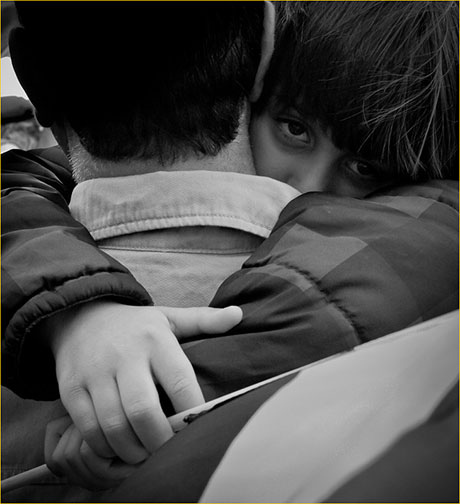 A couple of small items which I like, but which didn’t make it into my initial review are…

– The electronic level display. This is visible in all three viewing modes and is very much appreciated.

– Stealth Mode. Press and hold the rear DISP/BACK button (most other recent Fujifilm cameras do this as well), and the camera disables all sounds and lights, including the AF assist light. This is a great way of keeping the camera flexible, but with a single button press still able to become as discrete and silent as possible.

There clearly are some frustrating aspects to the X100. But, it would be dead wrong to suppose that the negatives outweigh the positives. Far from it. The image quality from this camera is nothing short of exceptional. Not just for a compact camera, but for any type of camera. And the innovative OVF / EVF is a real pleasure to use most of the time. The camera’s build quality is first-rate, and one feels that this is a picture making tool that will be in ones possession for some time – unlike so many camera purchases that simply become theflavour of the month.

For all its flaws (mostly fixable with a firmware update, if Fujifilm cares to) the X100 is definately a keeper!