I have never been a big fan of 2X extenders. In fact, I have never found one that I could feel would give me the image quality that I needed and wanted. Sure, I use them from time-to-time, but I don’t think that I’ve ever secured an image with a 2X extender that I was really happy with or that was publishable. (If you have been happy with your 2X extenders‚ good).

My main landscape photography system was for years theRollei 6008withSchneiderlenses. I had a 2X extender for them, and as with prior experiences with 2X extenders, rarely got satisfactory results. When I switched to thePentax 67I purchased the1.4Xextender and have been very pleased with it. It has produced some very fine images. But, when a friend offered to lend me hisPentax 2Xextender for testing, I couldn’t resist.

But, this turned out to be a lot more difficult a task than I first imagined.

The Problem with 2X

Some general observations first. There are several reasons why 2X extenders are frequently not considered to provide first-rate image quality. Foremost among these is that in addition to magnifying the image by a factor of 2 it also decreases resolution by that amount. This is why it is advisable to use extenders in general, and 2X extenders in particular, only on the best prime lenses. They are usually a disaster on zooms. Also, only manufacturer’s extenders should be considered. Most, if not all third party extenders are simply not up to snuff.

The second reason for not using 2X extenders has to do with aperture. Of course these devices are used with telephoto lenses, which are, with rare exceptions, not very fast. So, on a 400mm f/4 lens, whichisfast in anyone’s books, a 2X extender reduces the effective aperture by 2 stops, yielding a maximum effective aperture of f/8.

Then, since extenders reduce optical performance it makes sense to use whichever lens it’s put on at that lens’ best aperture, which is usually 2 stops closed-down from maximum. Thus, f/8 now becomes an effective shooting aperture f/16.  Even in bright sunlight with ISO 100 film that means a shutter speed of 1/125 second, which may not be fast enough, especially as we’ll soon see with the Pentax 67 and its notorious slow speed shutter bounce.

When I test lenses I do so out in the real world, not in a lab. I don’t tape newspapers or lens charts to walls. Instead I try and use the lenses in similar if not identical conditions to those in which I normally work. Field tests, if you will. But doing comparative tests requires a bit more rigor and control than is available on location.

When I first tested thePentax 67and then subsequently the600mm f/4and400mm f/4 ED(IF)long lenses I discovered first-hand that the camera suffers from shutter bounce at slow shutter speeds.A long lens used with the Pentax 67 with less than the most rigid mounting system can lead to unsharp results at shutter speeds of less than 1/60th second.This turned out to be the biggest challenge in doing this test, and frustrated me no end. Therein lies a tale, and hopefully (for me at least) some lessons.

What I discovered was that when testing a 600mm to 800mm lens and extender combination with the Pentax 67, (and likely with any camera system), you’re not really testing the lens, or the extender‚ you’re testing the entire system: camera, lens, extender, tripod, mount and shooting technique. If any one of these components is less than optimum, the test is worthless.

On my first test outing I used my usualGitzo 1349carbon fiber tripod,Arca Swiss B1ballhead withWimberley Sidekickgimbal mount andManfrotto #359support arm. I had used this combination just a few weeks before on a winter wildlife shoot inYellowstone National Parkusing the 400mm and 1.4X, with some very good results.

For this test I set myself up on the roof of a downtown parking structure on a cloudy-bright winter’s day. One of my test subjects was this church, seen in a 100mm (normal) frame below left, for reference. The frame to its right is a full-frame taken with the 400mm lens alone. Look closely at the middle of the center spire and you’ll see a red rectangle. This shows the area of the cropped frames.

Below are cropped portions of scans done with anImacon Photoscanner at 3200 ppi. Each is shown at 100%, "actual pixels" resolution.

What is immediately apparent is that the straight 400mm and the 400mm + 1.4X are remarkably good, while the 400mm + 2X isa lotsofter. I don’t believe that this is due to the 2X alone, but is caused by shutter bounce. Each shot was at f/8‚ 2 stops down from wide open. This means that the effective aperture of the one with the 1.4X was actually f/11, and with the 2X it was f/16. Consequently under these light conditions the shutter speed of the 2X exposure was about 1/90th second.

I shot several other rolls, testing the 300mm and 400mm with both extenders, and also shooting convenient subjects that allowed me to maintain constant image size.In every one of these the 2X frames were soft‚ really soft.I realized as I reviewed my test notes that because they were all done at an effective aperture of f/16 (2 stops closed down, plus the loss of 2 stops of aperture due to the extender) and because some thin clouds had rolled in reducing the shutter speed that could be used to the 1/60th to 1/90th second range,all of the 2X results were suspect.

I therefore waited for the next sunny day and went out to do further tests, this time using my largest tripod (Manfrotto 028) and most rigged mounting head, the largeWimberley Gimbal Mount. I also usedProvia 400Fto be certain that all shots would have shutter speeds higher than 1/125 second.

Determined to eliminate any factors except lens and extender performance I used all of my "heavy gun"tricks as detailed above. This, plus the use of ISO 400 film on a sunny day allowed me to use high enough shutter speeds so that combined with the most sturdy support system I was able to properly evaluate how the Pentax 2X performed, and how it compared to the 1.4X

The above frames let you see how the scene appeared and also how each of these lens / extender combinations framed the scene.

Each of these frames was taken at an indicated aperture of f/8; two stops down from wide open. This is the400mm f/4 ED(IF)’ssharpest aperture. Exposure data for each frame is shown immediately beneath it. (Incidentally, as shown on-screen below the uncropped images would be 8 feet by 12 feet in size!) 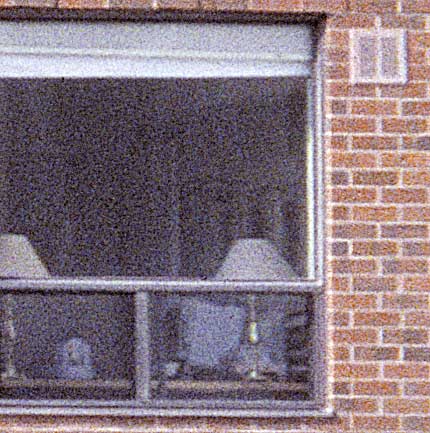 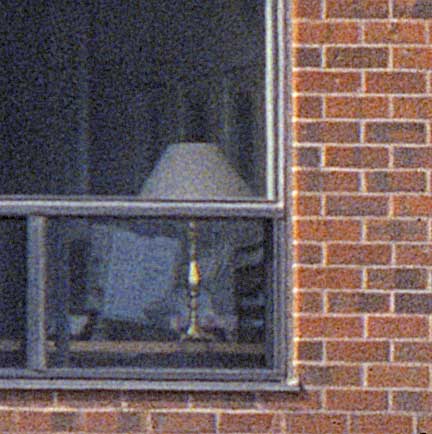 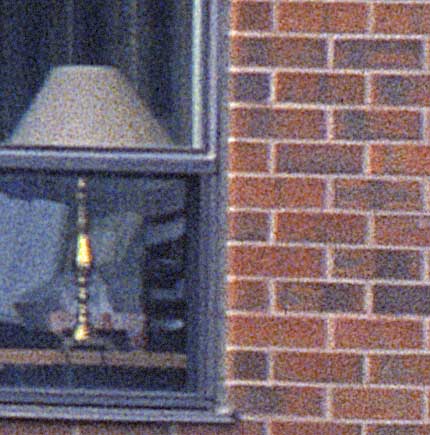 These frames speak for themselves. Image quality is very high, both with the 1.4X and the 2X extenders. Finally I could evaluate how the 2X really performed, and the 2X really didmuchbetter than I had expected.

But, to be able to shoot at an effective focal length of 800mm with the Pentax 67 requires some special tools and techniques. Heavy tripod, massive tripod head, extra bracing for the body, mirror lock-up and the use of at least ISO 400 film, even in bright light. On anything less than a hazy-bright day shutter speed will drop below 1/125sec, and at this focal length shutter bounce will rear its ugly head.

With a shorter lens like a 300mm, the lens that most people will use with the 2X extender, you’d gain about an extra stop of working shutter speed.

Is Closing Down 2 Stops Really Necessary? 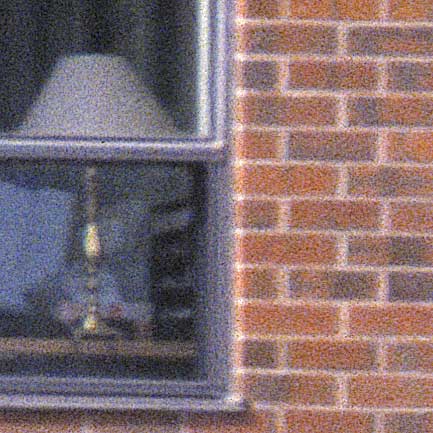 Having read the above, you’re probably asking yourself‚ is it really necessary to stop down 2 stops from wide-open when using an extender? These examples should answer this question. Not only do you lose resolution but you also lose contrast. Are the results when used wide open acceptable to you?. They aren’t for me. Stop down and live with the restrictions.

The Pentax 67’s 2X extender is clearly a very fine optical tool. Using a 300mm, 400mm or longer lens on the Pentax 67 requires the right support gear and impeccable technique. Add a 1.4X extender and use in poor light conditions becomes problematic, requiring the use of fast films. Move to the 2X extender andallof the above is still trueandone is also restricted to bright conditions.