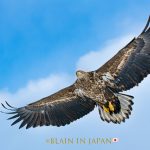 The Steller’s Sea Eagle is one of the most fierce diurnal birds on Earth, which is why they are such formidable hunters, having tracked prey through several ice ages.  Could you imagine a human-sized or even larger raptor similar to the Steller’s Sea Eagle? Well, they existed, and even today, from time to time, we hear of people sighting a thunderbird.  The … END_OF_DOCUMENT_TOKEN_TO_BE_REPLACED 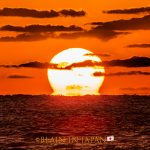 No explorer with backpack and camera in hand can escape the consequences of the decisions they have made.  Two shining examples are Edmund Hillary or perhaps the Donner party.  My team and I know the axiom ‘Fortune favors the bold', as we have all been tested by the elements. My current team and I came together in Japan, and we have spent over 20 years together … END_OF_DOCUMENT_TOKEN_TO_BE_REPLACED 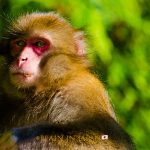 During summer every year, I start looking forward to my Autumn Leaves Photo Tours and my Hokkaido Photo Tour that are usually just around the corner, or I start planning my photo adventures locally to picturesque locations like Mt. Fuji, Sado Island or the city of Yahiko in Niigata where the autumn leaves are breathtaking and bring people from all over Niigata, all over … END_OF_DOCUMENT_TOKEN_TO_BE_REPLACED 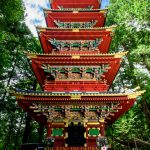 Nikko was founded in the 8th century by Shodo Shonin, a Zen Buddhist monk before there was any bakufu or shogun in Japan.  The first shogun was Minamoto Yoritomo, appointed by the emperor, Go-Toba, on August 21, 1192.  Although the emperor officially remained the head of the nation by title, Minamoto Yoritomo was responsible for overseeing the day to day welfare … END_OF_DOCUMENT_TOKEN_TO_BE_REPLACED 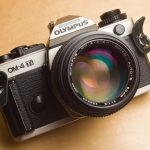 In better days – The tough, compact OM-4Ti with the 50mm f1.2 Zuiko was an iconic film SLR of the late 1980s. In a move that will surprise few watchers of the camera industry, Olympus is selling their camera business to Japan Industrial Partners, a private equity group that specializes in helping troubled companies spin off insolvent businesses. JIP is most famous for having … END_OF_DOCUMENT_TOKEN_TO_BE_REPLACED