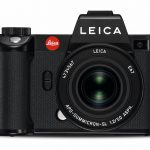 The Leica SL2 A week after I thought there were no more cameras coming for the year (except possibly for an irrelevant Leica SL2), the surprising Leica SL2 arrived. What surprised me isn’t that an SL2 came, but that it isn’t irrelevant. Until it actually arrived, it was broadly assumed that the SL2 would be essentially a Panasonic S1r in a nice metal shell, for about … END_OF_DOCUMENT_TOKEN_TO_BE_REPLACED 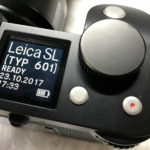 Leica's Brilliant Mirrorless Camera A little over two years ago Leica surprised the photo industry by introducing the Leica SL a mirrorless camera.  I applaud Leica for doing this as they saw the future of camera was going to be mirrorless.  To this day Canon and Nikon have yet to introduce an FF mirrorless Pro camera. The Leica SL is a beautiful 24 mp camera and quite … END_OF_DOCUMENT_TOKEN_TO_BE_REPLACED 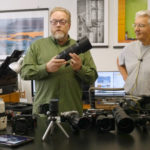 I'm a hopeless gear addict.  If there ever was a walking definition of a person with Gear Aquisition Syndrome (GAS) it would be me and I am sure possibly you.  After all, there are not too many photographers that don't suffer from GAS.  In the past, Michael and I sat down twice a year and compared our new acquisitions.  For this video Chris joins me as we carry on the … END_OF_DOCUMENT_TOKEN_TO_BE_REPLACED