For What it’s Worth

After a month of uncertainty (between Photokina in late September and PhotoPlus Expo in later October, 2002), Canon has announced the price of the 1Ds —USD $7,999. Better than the $8,999 mentioned at Photokina, but not as low as some photographers had hoped.

This has subsequently become a major topic of discussion on the various Forums around the Net. There are accusations that Canon is price gouging; or that their marketing people are brain addled, and worse. Well, I have no special inside information (at least not much), but frankly this type of talk is childish and ill-informed at best. So, for what it’s worth here ismytake on the issue, and lest anyone think that this is side-line banter, be aware that I have a 1Ds on order and will feel the pricing pain as much as anyone.

A lot of people are coming to the party late; just getting into high-end digital SLRs for the first time during the past year or two. But, if you’ve been an observer or participant since the early 90’s you’ll recognize that $8,000 for the latest state-of-the-art digital SLR is not out of line. In fact it’s downright cheap. 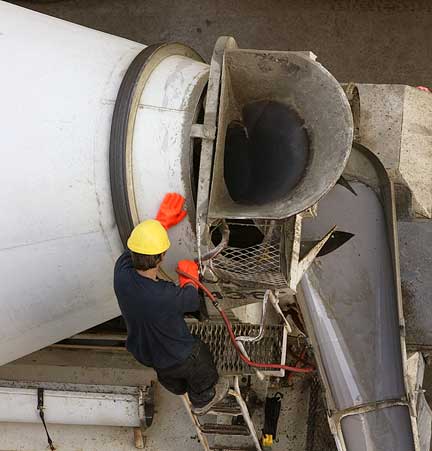 Kodak has until recently been the technology leader in digital SLRs, using both Canon and Nikon bodies. The first Kodak DCS camera, the 1992 Model 200 with its 1.5 megapixel chip, was priced at $11,000. This was followed in 1994 by the DCS 420 with the same chip size at $12,000. In 1995 the world’s first 6 Megapixel camera, DCS 460 appeared, and its initial list price was $39,000. That’s enough — but it should serve to illustrate that when they were top dog various Kodak DCS bodies cost easily double what Canon is now charging for the 1Ds.

But there’s no need to look far back in history (like the mid-90’s). Just last year (2001) Kodak’s DCS 760 (Nikon body based) was released at $7,995. This camera has a 6MP non-full frame chip. Needless to say, this is the same price is today’s 1Ds. I won’t belabour the point any further, but let’s look at the reason’s behind why the latest-and-greatest is always so expensive regardless of who makes it.

One of the things that needs to be realized about a full-frame chip like that found in the Canon 1Ds is that this is a huge piece of silicon. Ask yourself —why have we been living with chips the size of an APS frame with their consequent 1.5X or 1.6X multiplication factor?The answer is that not only is it extremely difficult to make a chip 24mm X 36mm in size, but it’s also very expensive because of the low yields. Look at the cameras and backs that use the Phillips full-frame chip. This chip has been around for nearly 2 years and is still expensive enough to cause medium format backs to be priced well over $10,000 and even the Contax 1N digital which also uses it is about $7,000.

Do you not think that if companies like Phillips and Canon (or anyone else for that matter) could make a full-frame imaging chip for less they would – and that camera makers wouldn’t flock to them? Of course they would! Sure, as time passes and manufacturing yields increase the price will drop. But right now in later 2002 / early 2003 big chips mean big money. 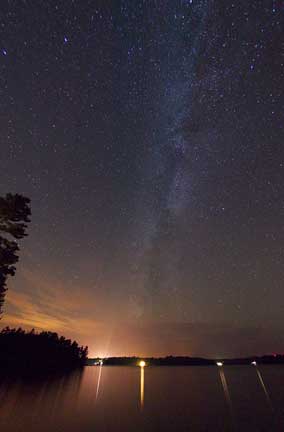 Here’s a historical anecdote for you. I have no first-hand knowledge whether or not this really was the case, but here goes. Last year (Fall, 2001), just before the original 1D was first announced, I heard from 3 separate individuals who swore that they had seen a full-frame CMOS Canon prototype similar to the body of the 1V. But what we ended up with instead was the 4.15 MP CCD chip camera that is now the 1D. What happened?

As I hear it Canon found that it simply couldn’t produce enough of the large CMOS chips at the time, and that supply and price would therefore be so limited on the one hand, and so high on the other, that they had to quickly find a source for the CCD chip that is currently in the 1D.

Now, we finally have the 11 megapixel full-frame 1Ds. At PhotoPlus Expo in New York in late October I chatted with one seemingly knowledgeable Canon rep in the booth. His comment was that the supply of the 1Ds would beextremelylimited when shipments started in late November / early December. I asked what he meant by "extremely". Dozens a month, hundreds a month? His only reply was a terse "extremely". I also have heard from other sources that supply will lag demand for a very long time, even at the current price point.

Now, let’s think logically about this. Doesn’t it make sense that if Canon could make a larger number of these cameras that they would? And if they could make more cameras, doesn’t it make sense that they would lower the price to increase sales, allowing them to make even more cameras and thus even more money, not to mention attracting new photographers to the Canon fold?

The answer has to be that their ability to make this very large chip is limited. That explains why the supply of cameras will initially be very slow and why the price is what it is. If it could be otherwise, it would, because other than the imaging chip there’s nothing else in the 1Ds that is supply limited. It uses the same body as the 1D which has now been in production for a year, and the same shutter mechanism, autofocus and exposure systems as the 1V, which has been available for nearly 3 years. It’s the imaging chip that’s the bottleneck for now.

This is all worth considering when comparisons are made to the also just announced Kodak DCS 14n, which will sell for about $4,500. It does not use an anti-aliasing filter, helping to keep the price down. One can argue the merits of this pro and con, but it does go a long way toward explaining the price differential between the two, not to mention the fact that the 1Ds is based in Canon’s high-end pro body while the Kodak 14n is based on a consumer level Nikon body.

This discussion wouldn’t be necessary if wasn’t for the revolution that started about 2 years ago when Canon brought out the D30 at about $3,000. Though still somewhat expensive it was the first 35mm format digital SLR that mere mortals could afford. The Nikon D1 series cameras and the various Kodak DCS bodies in both Nikon and Canon mount were way to expensive for the hobbyist or serious amateur, and so few people worried about it. But at under $3,000 many well-heeled photographers jumped into the pool. Then in early 2002 we saw the Canon D60, Nikon D100 and Fuji S2 with prices of between $2,000 and $2,500, and the party hit full swing. There are now literally tens of thousands of photographers shooting with one of these "reasonably priced" DSLRs.

Here’s the point. This camera is not intended for the hobbyist or the casual photographer. This is a specialized professional tool that is priced accordingly. What pianist wouldn’t want to own aBösendorfer, but at $100,000 finds it a bit out of reach? Is there a violinist alive who wouldn’t droll at a chance to justplayaStrad, let alone dream of owning one?

It’s time to adjust expectations. Top end digital SLRs (and medium format digital backs for that matter) are not like ordinary film cameras. They contain leading-edge technology that is very expensive to manufacture, and thus demands high prices. My guess is that the high end will remain in the $7,500 — $12,000 price range for some years to come. Of course what costs ten thousand today will cost six tomorrow, and four the next, but that’s what semiconductor technology is all about. Moore’s law lives.

So, when someone says that the latest state-of-the-art camera is too expensive, tell them to "get over it". There are excellent cameras available for a third the price. Buy them, enjoy them, and know that in a few years whatever is now out of reach will fall to hand. But of course there will always remain something newer and better. Such is life.

I read with great interestMark Dubovoy's accountof using his S2 in Africa instead of the usual big lens DSLRs. By sheer coincidence, I have been

June 8, 2011Sony has today announced two new cameras, the A35 and NEX-C3. Both cameras share the same new 16.2 Megapixel sensor. I have been working