Who better to write about Blain, then his sister. Blain grew up in a wilderness town in northern Canada. Summers were short, yet filled with fun and excitement. His first trip to polar bear country was at age four, and he can still recount that experience. Also, our family went on month-long canoe trips that were only accessible by canoe or air and is still the same to this very day. Wilderness is a way of life for us, and everyone did their part as survival depended on it. At eight, Blain went on his first canoe trip, and even at that young age, he knew to respect and appreciate true wilderness. Our luxury was watching the bright evening sky filled with stars and the Borealis dancing around us. Our camera gear was light and compact, and our mother custom made watertight cases to ensure our memories were kept safe. Film was even more safeguarded. I can still envision the 70′ (21 meters) escarpment that we climbed with our supplies and three canoes to bypass the cascading waterfalls mere feet away. On another trip, we came across a beaver dam like none we had ever seen. The river disappeared, and we were in a boundless lake of entwined forest. Blain was so eager to investigate, yet at age ten we took caution, and he stayed in the canoe. Years later, where is Blain? He's on the front page of a national newspaper for canoeing. This was no ordinary canoeing; this was early spring canoeing. Bystanders on shore thought he was stuck in an ice jam. I know my brother well, and the reporter's pictures confirmed that he simply walked off the ice pulling the canoe. Blain is one of the few that I would trust in a canoe or on a wilderness adventure. In Blain’s late teens we spent many summers together adventuring waterways that few maps could tell us what lies ahead. A few years later he took those adventures to new heights and with a camera in one hand and ambition in the other he set off to the Canadian Rockies to make his mark. This is where he met his wife, Manami. His stories of the outback and mountain climbing came to life when he sent me the first of many photos. As time passed Blain’s passion turned towards becoming a professional photographer, and to no surprise a few years later he was offered a position in an acclaimed Japanese photography company. For more than 20 years, Blain has called Japan home. His photography assignments have taken him to remarkable places throughout the world, and many of his photos were published in magazines, books and displayed on billboards. Now as a freelance photographer and with a busy schedule, Blain and Manami always find the time to take me on non stop adventures when in Japan. Imagine hiking through thick brush and forest, no trails, no markings, what incredible fun! Then it appears in all its glory; Mt Fuji. With me, Blain takes no beaten path. Blain’s wild spirit can find adventure anywhere; just around the corner of his home or up to the highest accessible regions of Japan. To experience the true beauty of a country, as a photographer or simply wanting to take in the sites, a professional photographer is the way to do it and my brother Blain will truly deliver to you a new perspective of Japan like no other. 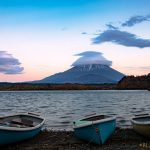 Blue Hour in a Zen meditation forest with camera in hand at the base of Mt. Fuji, and I was awoken out of my slumber by the din of closing tripods behind me just as the magical blue hour rung its bell and the enchanting party of vibrant colors had begun. Quickly, I halted the gear being put away and illuminated the pathway with my headlamp extending the session for 15 minutes … END_OF_DOCUMENT_TOKEN_TO_BE_REPLACED 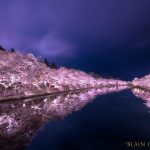 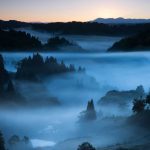 Without the beginner’s mindset, I would have missed the opportunity to capture a once in a lifetime photo. Most people don’t practice The Beginner’s Mindset or comprehend its value in their daily lives, sadly especially the visual artist. People living next to a well-known photographic subject become desensitized, and the photographic impact seems to decrease in … END_OF_DOCUMENT_TOKEN_TO_BE_REPLACED