Few lenses intrigue nature photographers more than super telephotos — 400mm to 600mm lenses with apertures of f/4 or wider. These are serious lenses, both in terms of their size and weight as well as cost. The 500mm and 600mm focal lengths in particular are the favourites of wildlife photographers. But there’s little agreement as to which focal length is the preferable choice, and few would or could own both.

Making the wrong purchasing decision can be a costly mistake, and so over the past year as my interest in wildlife photography has broadened I have been pondering which super-tele to purchase. I use Canon equipment, and so my purchase decision was limited to lenses with Canon EF lens mount. But my experience will be relevant as well to someone considering such a lens for the Nikon or other lens mount system. 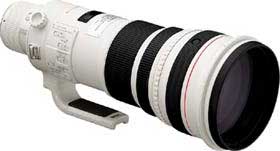 If you have never worked with a large-aperture 400-600mm lens be prepared for a shock. They are big and they are heavy. This is an issue not only in the field, but also when traveling to a shooting location. No one takes along a lens like this just for the hell of it. Using one, let alone purchasing one, is a real commitment.

With this in mind I narrowed my search down to either theCanon 600mm f/4L ISor theCanon 500mm f/4L IS. My experience with theCanon 300mm f/2.8L ISover a 3 year period had proven to me the value of image stabilization. But not having used either the 500mm or the 600mm in the field I decided that I couldn’t make an informed choice without a chance to use both of them in real-world shooting situations. Fortunately as a CanonCPSmember (CanonProfessionalServices — available to professional photographers in most countries(Nikon has NPS, a similar service)) I was able to borrow both of these lenses from Canon and test them on location. (I had tested the newCanon 400mm f/4 DO ISlens when it was introduced in 2001, but decided against it because it was too close in focal length to the300mm f/2.8L ISthat I already owned). 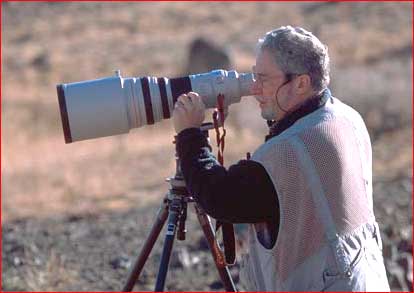 I tested the600mm f/4on a fall wildlife shoot inYellowstone National Parkin October, 2002 and then the500mm f/4just two months later on a workshop and shoot which I conducted atBosque del Apachein December. Needless to say both lenses produced uniformly superb images. I have owned theCanon 300mm f/2.8L ISsince this the new IS lens line was introduced in 1999, and knew from experience how good these lenses can be. You can examine some of the images produced with these lenses in the two linked articles, and also in a small selection on this page. There really is nothing to choose between them in terms of image quality. The real issue comes down to focal length, size, weight and cost.

Though only 100mm of focal length separates them these two lenses are vastly different in the way that they handle in the field. Though middle aged, I am fit, and of medium height and weight, but I found handling the 600mm to be a strain. Just lifting its 5.4kg bulk in and out of the car was a struggle, not to mention attaching it to the Wimberly head when trying to set up a shot quickly. Once mounted it handles like a dream, but then there’s the struggle of loading it back into the vehicle or carrying the whole tripod / lens assembly to a better vantage point. Backache city.

The 500mm lens on the other hand weighs 3.9kg, and those nearly 2kg make a world of difference. I found that I could hand-hold the 500mm for a short period of time, while it’s impossible to do so with the 600mm without a tripod, bean-bag on a vehicle hood or other support.(More on this below). And, while they both fit in a similar sized backpack, the extra weight and bulk of the 600mm makes quite a difference when trekking down long airport corridors, not to mention on hiking trails. 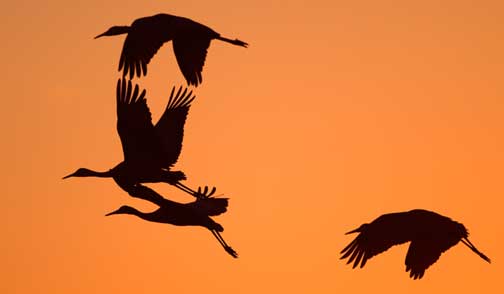 So, after shooting for one week with each of these lenses, and evaluating a couple of thousand frames shot over two months, on film, and with two digital bodies (Canon 1V, D60 and 1Ds), I finally selected the 500mm over the 600mm. The reach is a bit less, but the compromise is worthwhile. This isn’t the type of lens that one uses all the time unless you’re a full-time sports or wildlife photographer, so maximizing its utility is important so that it doesn’t sit at home collecting dust.

One aspect of using such a large lens that needs to be borne in mind is the mount required. A 600mm f/4 absolutely needs a full-sizedWimberly mount. Don’t even think about using such a large lens without it. With a 500mm f/4, on the other hand, you can get away with aWimberly Sidekick. I have both, and frankly while the full-sized Wimberly is preferable, regardless of which sized lens you choose, it means either dedicating a tripod to it or facing the tedious and time consuming task of removing the head and replacing it with your usual ball head when you want to use shorter lenses. With the Sidekick it simply means popping the Sidekick off the ball head, or as I do, leave the Sidekick attached to the lens plate and then simply keep the whole assembly at the ready on the back seat of the vehicle.

A medium sized tripod is appropriate with either lens, but as you might imagine carbon fibre is preferable, and the larger the tripod the better. I use aGitzo 1348with a leveling base, and anArca B1head when I’m not using the full size Wimberly.

Don’t underestimate the importance of a proper mounting plate as well. Depending on the weight of the camera body the lens will need to be slid back and forth on the plate so that it balances properly. If the plate is too short you run the risk of not being able to achieve a point of balance. My recommendation is theWimberly P50plate which is about 7 inches long.

As for as I can see, and I’ve been using several different Canon IS lenses for some time, there are no cons. IS is one of the most important technological innovation in photography to appear during the past decade. For anyone shooting sports or wildlife in particular it’s like a free lunch. And we all know that there is no free lunch, at least not until IS.

The latest iteration of Canon’s IS technology provides somewhere between a two and three stop improvement in vibration reduction over a non-IS equipped lenses. Nikon’s VR technology does the same, with the only downside for Nikon owners being that this system is only provided in a very small number of lenses at this point, and none of the Nikon super-telephotos, like their 500mm f/4 or 600mm f/4.

Some people ask — is IS really necessary when one is using a tripod? The answer is a resoundingyes. A 500mm or 600mm lens has 10X and 12X magnification respectively. Even the resting of ones hands on a tripod mounted lens this long causes vibration, and if there’s a wind blowing then that’s another contributor to camera shake. It needs to be borne in mind that when shooting wildlife, at least, one is usually working in low light levels, early and late in the day, which means sometimes shooting at 1/60th or even slower. I have done this successfully with the 500mm and 600mm IS lenses but not so successfully with earlier long non-IS telephotos.

One other question is whether the 500mm and 600mm lenses can be hand-held successfully because of IS. The answer is, it depends. I don’t find the 600mm hand-holdable at all. It’s simply too heavy. The 500mm f/4 can be hand held, but in my case only for a minute or so before I start to shake too much. But I do have some successful frames shot at as slow as 1/125sec with the 500mm.

A break of a minute or so then allows hand holding again for a short while. I find that I can hike with the 500mm f/4 either in my hand (carried by its padded combined tripod mount and handle) or using its shoulder strap. The 600mm is too big and heavy for this, at least for my mid-sized build.

Ignore list price. Both are over $10,000 according to what laughingly passes for MSLP. Checking around the Net you should be able to find the Canon 600mm for about USD $6,000 and the 500mm for about $5,500. If you’re wondering what these elevated prices get you, have a look at the 500mm’s MTF chart below. That’s about as good as a lens can get. Remarkable. 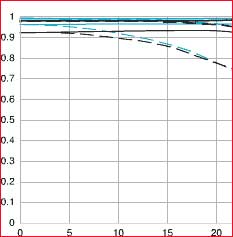 Nikonhas 500mm and 600mm f/4 lenses at comparable prices. Unfortunately they do not feature Nikon’sVR(Vibration Reduction) technology at this time. 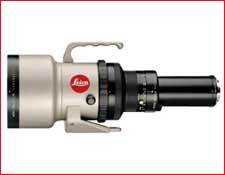 Pentaxhas a 600mm f/4ED at about $6,000, andLeicahas their superbAPO Telyt Rmodule system. In a 560mm f/4 configuration figure on spending about $13,000 for the Leica R lens. Makes the Canon, Nikon and Pentax offerings look cheap by comparison.Minoltahas a 600mm f/4 at about $8,000, and that’s about it for the camera manufacturers.

Among the third-party lens makers there’s onlySigmawith their APO 500mm F4.5 EX lens at about $2,500. Half the price or better over the competition. They also have a unique APO 800mm F5.6 EX HSM lens at a street price of just $5,000. I have no experience with either of these lenses, but reports that I have read speak highly of them. These are not your usual low-end Sigmas. At Photokina in September, 2002 Sigma announced another unique offering, a 300-800mm f/5.6 zoom. I saw it at a trade show a couple of months later and was impressed with the fit and finish. I hope to be able to do a field review in the near future.

Those then are the choices. Expensive, heavy and bulky — but capable of producing some otherwise impossible images. A wildlife photographer’s dream. 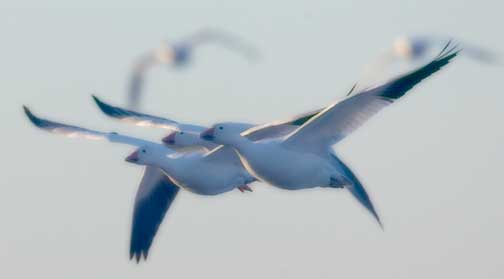 Lens photographs and MTF charts courtesy of their respective manufacturers.