Anyone who has attended one of my field landscape workshops knows that I divide photographic opportunities into three categories —snapshots,postcardsandimages. What do I mean by this?

These are the photographs that we all take when we have a camera with us and see something that catches our fancy. For the most part they are either anaide memoiror a means for us to share with others who weren’t there what we saw at a given time and place.

When on a serious shoot these are hardly worth stopping for. But, if the time permits one can stop the car, take a shot and move on. They are rarely worth setting up a tripod for though.

Apostcardin my vernacular is a photograph worth taking, but one which one knows from the outset will never rise above beingjust another pretty picture. The reason for taking it is because either the subject or the light is so appealing that the photographer within simply has to capture the scene. It’s likely worth setting up the tripod, and maybe, just maybe, if a way can be found to make it work it might rise above being just a postcard, but not likely. There’s an esthetic appreciation but no emotional context.

No description is necessary. When you first see it your heart races, and you know that there is something there worth capturing. You fumble with your tripod, hoping that you can set it up in time, before the light changes or something prevents you from capturing the moment. Even after the shot has been made, you fret that you’ve gotten the right exposure or that some technical gremlin won’t get in the way of an eventual perfect print.

These are the ones worth traveling hundreds or even thousands of miles for. These are the ones that lying in your sleeping bag or motel bed that night you visualize as a final image. This is what you live for.

Twelve Times in One Year

Saint Ansel once wrote to the effect that he counted it agood yearif he ended up with a dozen portfolio grade photographs in twelve months. This from a man who shot many tens of thousands of sheets of film in his career. I recently had a 5 year retrospective gallery exhibition and as I sat with the gallery owners reviewing my work I ended up with some sixty prints which I felt worth of display. (27 were selected for the show). This coincidently amounts to about a dozen a year, or one a month, so Adams wasn’t far off, at least as far as I’m concerned.

Below are two photographs taken in Iceland in late June and early July, 2004. They both have the ingredients for being included among my portfolio-grade images. I describe under each one how they were made and what went though my mind at the time they were taken. 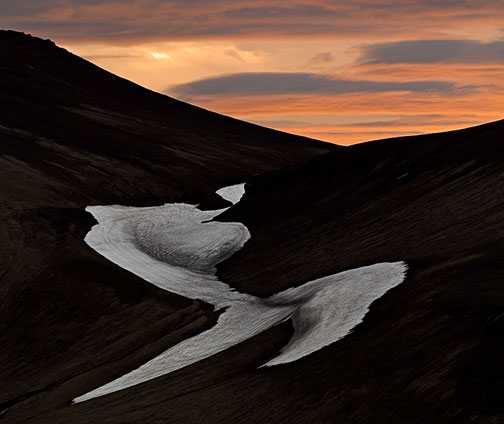 It was the first morning of the first workshop in late June, 2004 and were on the road to the summit of the Snafellnesjokull glacier on the Snafellness Peninsula. It was exactly 4am and we pulled off the dirt track we were on onto a broad shoulder that offered up a panoramic view of the surrounding mountains and the ocean beyond. The slow-motion Arctic sunrise was well underway and the colours were warm. What immediately caught my eye though was this strange tooth-shaped ice field on the north face of the hillside in front of us. I immediately knew that this scene had all of the components needed for a strong image. I called it to everyone’s attention and noticed that some of the group had already seen it and were setting up.

My main technical concern was not to blow the delicate tonalities in the sky, yet at the same time to try and hold a least a bit of detail in the foreground. I took a few exposure brackets, with the thought that I might have to blend them, but this turned out not to be necessary. What I did have to do was to select the ice field in Photoshop and lighten it a bit, otherwise the sky and the lava field could be nicely contained within the dynamic range of the Kodak back. 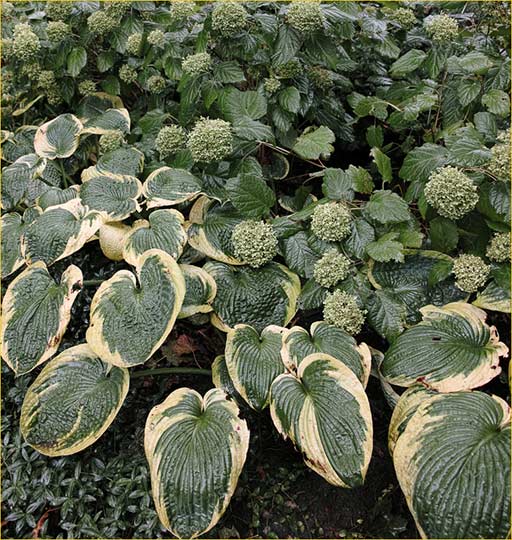 We were driving along Hwy 1 on the south coast, through the Sandur, a desolate plain created by periodic washouts when the glacier melts due to the volcano that lies beneath it. As we crossed a bridge spanning a small river I looked down and saw a number of small plants growing out of the black volcanic sand. For me green and black are the dominant colours of Iceland. We stopped because I felt sure that there was a photograph to be taken here that would encapsulate what I saw as the archetypal tonalities and textures of Iceland. Of about a dozen frames taken this one is the most graphic and therefore mysterious. It takes a few moments to even realize what one is looking it, and yet when it is explained that the top of frame contains a small pond with algae, it all become literal, but even so it doesn’t cease to be an abstract.

Each of the above photographs are straightforward photographic records of a particular situation. Neither has been enhanced using Photoshop or any other techniques. The only controls applied were those of traditional darkroom work, including brightness, contrast and saturation. Taken with a square format digital back on a 645 format camera, both frames have been cropped only slightly from what was photographed.

What elevates them from being snapshots or postcards? In both cases it is emotion. These scenes spoke to me, and because of what they said caused me to want to record them and share them with others. Each is an abstraction of the reality in which they were found. A wider view would have shown the context in which they were situated, but would have also included much that wasn’t relevant to the story being told.

Maybe that’s what differentiates a postcard from images such as these. The postcard simply provides a literal record of a time and place. It may be very pretty, even beautiful, and this is what separates it from the snapshot, which is taken simply to record a scene without regard for any particular esthetic considerations. But a postcard doesn’t carry any emotional message. A fine-art photograph on the other hand, if it is successful, is able to convey something of what the photographer felt at the time it was taken.

Achieving this involvesseeing— first and foremost — the ability to recognize when subject and light come together in a special way. For some this ability is innate, while for others it needs to be learned. The best way to learn it is by shooting as much and as often as possible, but also by looking at the work of others. The best photographers who I have met and worked with have large collections of photographic books and magazines. Nothow-tomanuals. NotPopular Photography, but rather collections of images by admired photographers, and magazines likeLensworkandBlack and White Magazine. Magazines and books about photography and photographers, rather than gadgets and gizmos.

What you will find more often than not is that the best images, especially landscapes, are ones where the essence of the subject has been extracted from its surroundings. Abstracted both literally and figuratively. This lets their emotional content transcend their literal basis, and sometimes, just occasional, it becomes art.

“The artist’s response to a scene was what mattered.
Artwas this response to the scene, not a mere record of its appearance”.

This subject is featured in Issue #4 of The Luminous Landscape Video Journal. A Lunar Hat-TrickIt isn't often that one gets to score a "hat-trick" when