For some reason there are photographers who believe that photographs and the real world have more than a passing relationship to each other. When they see a photograph that has been in some visible wayaltered,modifiedormanipulatedthey cry "foul" — taking on the mantle of protectors of the sanctity of the inviolate image.

Sorry folks, but there ain’t no such thing as a "real" photograph. Every photographic image that you have ever seen is but a pale reflection of reality, and a distorted one at that. Let’s see what I mean by first looking at the ways in which a simple and straightforward photograph isabstractedfrom reality. 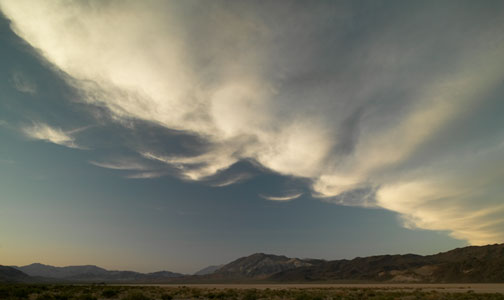 Down The Rabbit Hole

Reality:Without getting too philosophical about it, let’s define this as our direct experience of the outside world. All five senses are involved, not just our sense of sight. As well as seeing the sky we feel the wind and smell the grass and hear the rustling of leaves. We’reinreality, not simply observing it.

Direct vision:For example, watching the passing scene outside through a picture window. It is as visible as if we were in it, but input from senses other than that of sight is limited.

Motion picture / TV:This would appear to be similar to viewing a scene through a picture window but we have lost binocular three dimensional vision, and our other senses, other than hearing, are completely absent. Also, we are not seeing the actual subject but rather a two dimensional mechanical reproduction.

A colour still photograph:Here the scene has been reduced to a frozen moment in time. Motion and continuity are lacking.

A Black & White photograph:Colour has been removed from the image, replaced by shades of gray.

I recall reading a book a number of years ago, written by an anthropologist, about how he had spent considerable time working with a very primitive tribe somewhere in the jungles of Borneo. These people had previously had almost zero contact with the outside world. On one of his visits he brought along a movie projector, screen and a small generator. He set this up one evening and showed them a film that he’d shot of them the previous year.

His observation of what happened was very revealing. Until what they were seeing was explained to them none of these people understood what it was that was on the screen. Apparently the ability to draw a connection between reality and the movie — an abstraction of reality — was not automatic, but is somehow acculturated. A society with no mirrors, no drawings or paintings and certainly no photographs, movies or TVs has tolearnhow to see two dimensional abstractions of reality — what we call a photographic image. 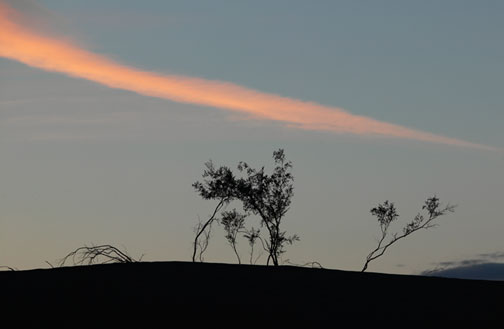 Oh really? Let’s think about the process of turning three dimensional reality into a photograph, and the factors that go into determining how that image will appear. None of the items below is amanipulation, just the basic tools of the technology that every photographer must manage to produce a photograph. Yet, each has a profound affect on how the image will appear.

First, there isthe choice of lens. Depending on whether its a wide angle or a telephoto, or anything in-between, the perspective created by the choice of lens will have a dramatic affect on how the image appears. The use of a telephoto will cause the primary subject and any background objects to appear very close together. The choice of a wide angle lens will create the impression of spaciousness or distance between objects at varying distances within the frame.

The position of the camerarelative to the subject is critical. The choice of camera position could mean that some parts of the potential frame are deleted while others are accentuated. Remember, the painterincludeswhile the photographerexcludes.

Shutter speed can mean a totally frozen moment in time, or a blur. Which isreal? Which moment is chosen? Again, the photographer exercises considerable editorial discretion though the use of photography’s basic tools.

Aperturealong with focal length determines depth of field. We are all used to this photographic conceit. Some items in the frame are sharp, others are out of focus. This seems quite natural to us because we have learned that this is part of the photographic reproduction process. But the real world does not appear this way. Our eyes are constantly autofocusing, and we are usually completely unaware that when we are focused on something close by distant objects will be out of focus, because the moment we look at them they jump into focus. Not so in a photograph, which forces us to see the world in a quite artificial manner with regard to focus. Yet, we accept a portrait of a person with a blurred background as being quite natural. Seeing this way needs to be learned.

TheISOof the film used, or the sensor setting, can mean the addition of grain or noise. Many fine images over the past century and half since the invention of photography have been grainy, sometimes for effect and sometimes of necessity. But, grain doesn’t exist in the real world. It is a function of the technology.

In the end the image produced will likely be regarded as a straight photograph. Unmanipulated, unaltered, undoctored and unmodified. Ya, right! 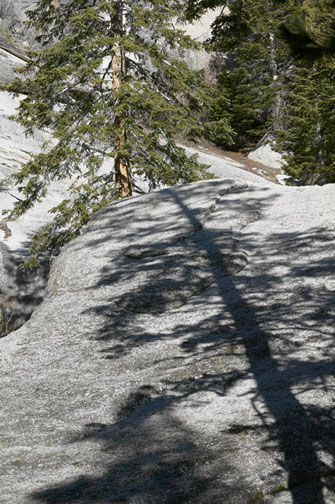 If I had a dollar for every time some dimwit makes the comment that digital imaging technology is less "real" than traditional analog chemical processes, I’d be both a rich man, and also a very angry one. What are they thinking of? Do they imagine that there is some intrinsic purity to film? Film has grain, which if you will is itself a digital recording medium. A grain of silver on a piece of film is either exposed or it isn’t. It’s on or off; a 1 or 0, just like the pixels on a digital image sensor. Except that the grain or dye clouds in film are bigger and clumpier than the pixels in a digital sensor. There’s nothing sacred about film. Get over it!

I raise this because there is this impression among some analog die-hards that digital is less honest, less pure or somehow more susceptible to fakery or manipulation that traditional analog media. Not so. Not more susceptible — just easier to work with.

The history of photography shows examples of fakery going back to the 1840’s and 50’s. In fact there was probably more of this type of thing, putting fairys in the garden, for example, than there is today with the odd tiger sitting on an ice flow. As I just wrote, digital just makes it a bit easier to create these bits of silliness. The same human drives that we’ve always had make it happen in the first place.

This then brings us to the question that is often asked — how much "manipulation" of an image is allowed? My answer always is — allowed by whom? ByThe Grand Inquisition of Photographic Judges and Arbiters? I’d pay no attention to them, and neither should you — even if they existed. Which they don’t. Though some people act as if they did.

Unless a photograph is produced as forensic evidence in a court of law, or is a documentary image intended to provide as accurate a portrayal of a scene as possible (baring in mind the above inherent limitations ofallphotography to mirror reality), it is in factart, and art is determined solely by its creator — you. If you want an image to appear a certain way then that’s your prerogative as an artist.

Of course there are limitations dictated by generally agreed upon standards as well as good taste and common sense. If I try and submit a photograph to a bird magazine showing a redBlue Jay, or a purpleCardinal, it will be rejected. And rightly so. The viewer of such a publication expects, if not straight reportage, at least a reasonable accurate portrayal of what each bird looks like, and he wants to see them in their natural habitat.

On the other hand, if I am taking a photograph of a sunset and want to crank up the saturation a bit, who’s to object? Do most folks object to a photographer’s use ofFuji Velviafilm, with its saturated colours and garish greens? No. But using a supersaturated film like Velvia is as heinous a crime in the eyes of theImage Manipulation Police, or at least should be, I suppose.

Does my use of irony, which now appears to have crossed over the line into sarcasm, make the desired point? I hope so.

Art is as Art Does 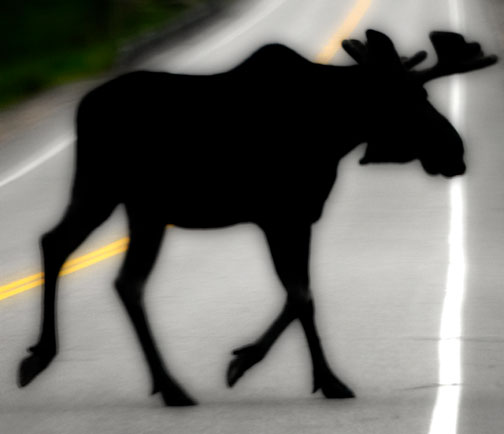 So where does this leave us? As photographers we each have to decide where to draw the line. For me the line is at about the same place that it was during the 30 odd years that I worked with film and in the chemical darkroom. In the field I use all of the shooting tools that are available, including filters, and on the computer I do all of the usual adjustments of brightness, contrast, colour balance and saturation that photographers have done for generations. I will occasionally remove something that intrudes, digitally, such as an errant branch, or a littered coffee cup. These are things that I would physically remove from the frame, if I could. I never add anything though. This is photography, not painting.

But, occasionally I’ll play, and sometimes I’ll use digital tools to compensate for an otherwise technically flawed image, or, just for the hell of it. I’m not afraid ofThe Grand Inquisition of Photographic Judges and Arbiters. Let them do their damndest.

Welcome Goldilocks Some HistoryRegular readers will recall that since its inception I have not been much of a fan of the Four Thirds format. When