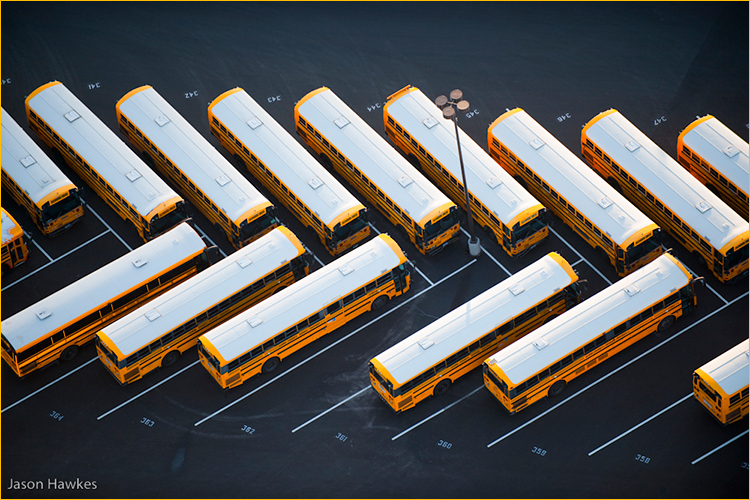 I first took to the skies back in 1990. Having just finished three years studying photography in London I really wanted to become a studio photographer after finding a passion for shooting on 5×4 plate cameras.

I happened to go flying one weekend in a weight shift ultralight aircraft, and whilst the the flying part was pretty fun what I really fell in love with was the amazing patterns you could see from 700ft.

Two weeks later I naively handed in my notice to the studio I was assisting in and, with the help of a bank loan, brought a microlight of my very own.

Aerial photography encompasses all sorts of work from mapping used in Google Earth, land planning, military, archaeology, environmental studies, to more commercial imagery. I mainly shoot for the advertising, design and branding industries as well as shooting all sorts of books from the air – around 40 books so far.

After building up a portfolio of aerial work from a microlight, I very quickly moved onto shooting just from helicopters. Personally, and if the budget allows, I always try to shoot from a Eurocopter AS355 ( Twin star in the US, or twin Squirrel in Europe). It’s a great machine with two jet turbine engines enabling you to fly in safety even when you are low down over cities.

To successfully shoot from a helicopter you need to hang over the side with the door either open or actually removed so it’s useful to get one with a sliding door. This is also a great bonus in the winter months as temperatures plummet surprisingly low at the heights I fly at so after an hour or two with the doors off you can hardly feel your hands!

In the UK at the moment we pay around £1100 per hour so if your budget can’t stretch to that you could try a Eurocopter 120, Robinson R44, or for light aircraft even a high wing Cessna.

A good harness is also an important investment, but make sure you remember to attach it to the aircraft. I landed a few years ago from a flight over London and went to undo mine only to see I’d forgotten to click it into the hard point on the helicopter.

As good as I’m sure some private pilots are, you usually fly pretty low for this kind of thing and it can often involve a very heavy workload for the pilot so I’d recommend using a commercial pilot. 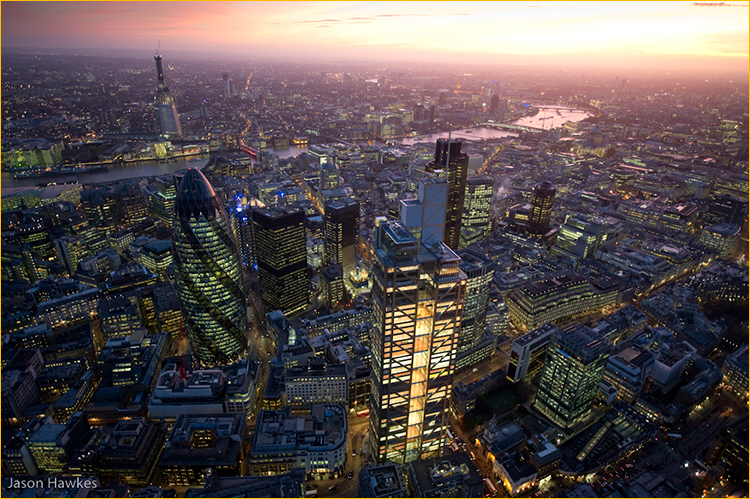 I’ve shot on pretty much every camera format and manufacturer there is over the last 20 years. In the old days it was all on 220 film and you would have to make copious notes on everything and everywhere you flew. My handwriting is not great at the best of times, and trying to write notes whilst freezing cold hanging out the side of a helicopter is surprisingly difficult.

I vowed never to go digital after testing the very first cameras but now of course love them. Over the last couple of months I’ve even done a large campaign for Nokia shooting with an N8 cameraphone and the results were surprisingly good.

My own kit is strictly Nikon. I use the D3S and D3X and a whole bunch of their prime and zoom lenses, my favourite being the 14-24mm and the 70 – 200mm. I attach them to a GPS which neatly embeds the co-ordintaes straight into the EXIF data. You can even then use software to pick out where the images were shot and put that straight back into the image which greatly reduces captioning time. You get a similar thing to this using Aperture, hopefully the guys at Adobe will add something like similar to “places” into Lightroom soon.

To overcome the vibration of whichever aircraft you use it’s simply a case of shooting on 1/1000 th sec or above. Obviously the longer the lens the higher this needs to be.

As one journalist found to his cost when I took him flying, you’ll need a very fast shutter if you are shooting with a 500mm lens from a helicopter. My advice is just use a 200mm and ask the pilot to drop down a little.

I usually fly from around 400 up to 2000 ft and occasionally have to come down lower and sometimes much higher. The highest I’ve shot was from 19,000 from a twin turbo prop light aircraft, it was extremley cold, took almost an hour to get up there and you had to wear oxygen, certainly a shoot to remember. 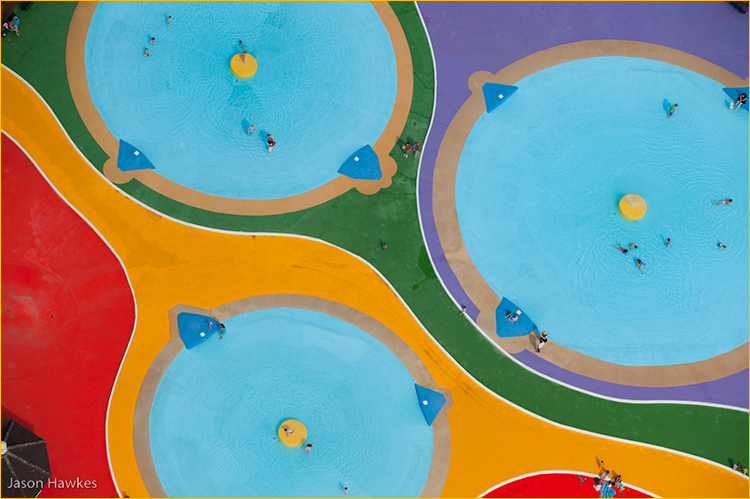 It takes a while to put together a good workflow, which will include captioning the photographs within the metadata of the image, tweaking the white balance of the Raw files, and making sure everything is backed up at least three times. I use various Raid drives and then archive gold DVD’s and Blue-ray disks. Copies of the DVD’s are kept in a fire proof media cabinet and I also take copies of my drives home with me.

A few months ago I had my Raid box fried by a lightening strike coming down through my broadband into my computer, I think that was one thing I had not considered.

Someone turned up on my doorstep last year, with some amazing prints of his mother as a young girl that used to live in our home, they were taken in 1933. The quality was absolutely lovely with great detail, and I was really thrilled to see some of the history of our house. My one fear about digital files is that they may become unreadable in time. There are various schools of thought about which file format to back up with jpeg, RAW, Adobe’s DNG, but who knows if any will be able to be read in another 100 years.

Jason will be speaking at the Royal Geographical Society on May 15, 2011.
Find out More.

See all articles by Jason Hawkes

A Weekly Column By Mike Johnston © Mike Johnston 2002 Good morning! This week's column is brief, because I spent a fair amount of time amassing