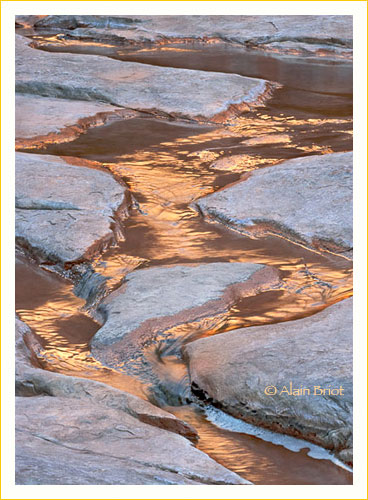 Photography consists of two separate elements: art and science. It is through the successful combination of these two elements that the creation of world-class photographs can be accomplished.

Yet art and science differ greatly in their aim and their practice. In fact, they are so far apart as to present serious difficulties if their respective qualities are not known to the photographer.

In my encounters with other photographers I see both situations happen regularly. However, the first of these two scenarios is much more frequent. In other words, there are many more technically perfect photographs out there lacking artistic content, message, or vision.

Photography is a highly technical medium because, unlike painting and drawing, the other visual arts that are closest to photography, a mechanical device (the camera) stands between the photographer and his subject

The fact that the camera stands between the photographer (us) and our subject means that a number of changes will be introduced by this medium, changes that painters do not have to contend with. For example, nearly all lenses introduce some form of distortion, aberration, blurriness, chromatic aberration, vigneting and the like. Painters do not have to contend with such optical difficulties, as their brush paints precisely what they intend to paint. Certainly, it takes years of training to learn how to use a brush in a masterful manner, but the brush does not have a mind of its own the way a lens does.

Film, or digital sensors, also introduce a number of changes such as film grain, noise, high or low resolution, pixelization, color shifts, color casts and so on. Painters do not have to deal with any of those as there is no such thing as a brush that has a specific resolution or pixel count, or which introduces grain and noise. All paintbrushes are noise free and resolution-independent, allowing the painter to create images that can be any size they like, without having to worry about maximum image size, loss of detail, upresing or downresing issues or grain and noise removal.

Similarly, each film or digital sensor has a specific contrast range and color gamut. If this contrast range or color gamut are exceeded by either the brightness range of the scene or the intensity of the colors in the scene, clipping will occur and the photograph will suffer from featureless shadows and/or blown highlights. Again, painters do not need to contend with any of this. Just like paintbrushes are resolution-independent they are also free from exceeding the contrast or the color gamut of any given scene. The paint laid out on the canvas always has the exact tone and chroma chosen by the painter. Shadows and highlights are always rendered the way the painter intends them to be rendered, with as few or as many details as the painter wishes to have. For this reason painters do not need to carry a light meter, or worry about histograms and color balance the way photographers do.

Printing the image also entails a number of changes because the printer replaces the camera as intermediary between the photographer and the image he is about to lay down on paper. Each printer has a unique color gamut and contrast range. Printers may introduce banding if not aligned properly or if one of the nozzles is clogged. Printers need to be profiled properly otherwise the image will look different on screen and on paper. Finally, image permanence is an issue as certain inks fade faster than others.

Once again, painters do not need to concern themselves with any of this since the paint they place on the canvas will look exactly the way it looks when they lay it down, with minimal adjustments for drying which may slightly dull some colors, something easily accounted for. Oil paints are among the longest lasting medium, being made from pigments and benefiting from a technology refined over hundreds of years. Finally, no painter ever had to profile a paintbrush, or worry about matching their canvas to the image on screen, or again have to deal with banding on their canvas.

The point I intend to make through this toned-down, tongue-in-cheek explanation is this: painters have to contend with far less technical challenges than photographers. Because they do not depend on mechanical devices –the camera and later the printer– to create the image for them, they do not have to first learn how to use the camera, and second learn to overcome the changes and defects introduced by the camera and the printer. Photographers have to learn all of that, and for some photography becomes just that: learning how to create photographs free from the problems I just described as well as others I did not mention.

But doing so –i.e. becoming a technically excellent photographer– is addressing only one of the two parts photography consists of: art and science. Doing so means focusing solely on science to the detriment of art. As I explained, this approach will, at best, result in technically perfect images devoid of any artistic qualities.

So what is a photographer to do? Simple. First, start by solving all the technical problems I just mentioned and get so comfortable with the photographic process that it becomes totally transparent to you. This approach will allow your creativity to flow uninterrupted and give you the freedom and the opportunity to focus on artistic considerations while knowing that the technical aspects of the medium are accounted for. Then, study art, listen to your inspiration, and above all stop thinking and start feeling so you can create images that are emotional responses to the scene in front of you rather than technically perfect, mechanical representations of the landscape.

I realize that more needs to be said about how to perform the artistic part of this two part process, and I will address it in a further essay. For now, it is time to close what may otherwise become the first chapter of a novel rather than an essay on the relationship of art and science.

Yours – wondering about the pixel count of a two-inch brush…