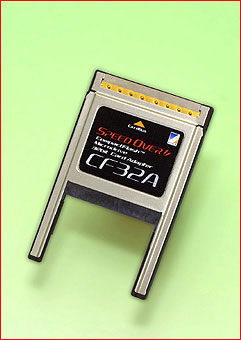 In early May, 2003DPReviewnoted that the small Japanese companyASKAhad announced that it was shipping a 32 bit Cardbus PC card adaptor. What you may ask is this, and why do you need one? And, if it’s so great where can you get one and what does it cost?

Photographers working in the field who use notebook computers for storing their data files face the problem that the PC Card slot available on all portable computers is a slow interface. Transferring a 1 GB card can be a lengthy slow process — up to 15 minutes.

I didn’t think much more about this product after reading the announcement becausePhil Askeynoted in his report that the company was not interested in distributing the product outside of Japan. But then, in early September I received an e-mail from a reader in Japan asking if I would be interested in trying one of these cards myself. This gentleman was kind enough to purchase one and courier it to me. The price was about U.S. $60 with shipping.

What this little Japanese company has done is what none of the big boys has had the engineering or marketing sense to tackle — the limited bus speed of the drivers and controllers in standard CompactFlash to PC Card (PCMCIA) adaptors. The PC card bus can be made to run at full system bus speed, but it’s the drivers and card controls that are the bottleneck.

What ASKA has done is create a CompactFlash / PC Card adaptor that runs at the full 32 bit bus speed. Here are some test results, comparing a Firewire card reader, USB2 card reader and a standard CF card to PC card adaptor. The test was done with a single directory containing 39 files totaling 120 Megabytes. The card used was a 1GB Microdrive and the computer used was aDell 8500with a 1.9Ghz Pentium 4 and 1GB of RAM.

No discussion needed. TheSpeedOverdoes exactly what it is supposed to, increasing transfer speed by a factor of 4X. Of course I was curious to note that theSpeedOveras well as the Firewire and USB2 card readers recorded the same speed. Was this an overall bus speed limitation, or was the Microdrive the limiting factor?

I therefore repeated the test with my other notebook computer, aFujitsu Lifebook P5010. This has a 900Mhz Mobile Pentium 4 with 512GB of RAM. It also has both a PC card slot and a dedicated CompactFlash card slot. The same single directory containing 39 files totaling 120 Megabytes was used.

The only conclusion that I can draw from this is that theSpeedOveradaptor is running at the full system bus speed while the PC Card slot and the dedicated CF card slot use the same slow 16 bit controller and cardbus. Also, processor speed plays a roll when the cardbus is used.

The final thing I was curious to discover was if the transfer speed was somehow limited by theMicrodrive. I used a 1GBTwinMOShigh speed solid state card for the next test, using the same directory and files, and found that using theSpeedOveron either computer saw the same transfer time of 55 seconds. This tells me two things; theMicrodriveis faster than this particular solid state card at continuous transfers, and in fact the limiting factor seems to ultimately be system bus speed, not card speed. 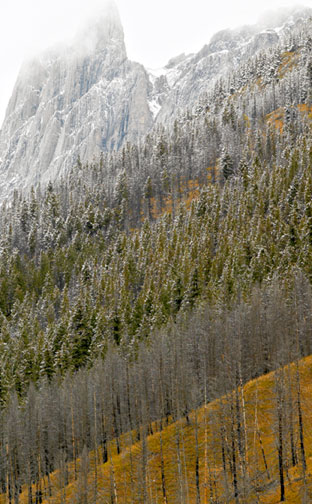 The card arrived with Japanese only instructions and a CD containing drivers (MSWindows only I’m afraid.There is no Mac support). I loaded the CD, and then putting a CF card in the adaptor I placed it in the PC card slot of my laptop computer.Windowsplug-and-play installer opened and I told it to install the new device automatically. It found the correct driver forWindows XPon the CD and that was that. It has worked since without problem. Installation on a second computer went equally smoothly.Windowsdid announce that the driver was notMicrosoftapproved, but I ignored the warning without penalty (so far).

Well, why can’t you run down to your local retailer and buy aSpeedOvercard adaptor? BecauseASKAappears not to be interested in distribution of this product outside of Japan. To my knowledge it is only available in that country. Why one of the companies likeDelkin, LacieorMicrotechisn’t climbing all over these guys is beyond me.

How can you get aSpeedOveradaptor? Frankly I don’t know, and I’m sorry to tease you with this product information and no suggested means of obtaining one. If you have a friend or business associate in Japan who can send you one, that’s one solution. Or, if you know of a Japanese photographic retailer that ships internationally please let us all know. But don’t write asking me the name of my kind benefactor in Japan. I’m sure he won’t be able to help. (Here is a linkto an online reseller in Japan. I can’t read Japanese so I can’t tell if they will ship internationally or not. You’re on your own with this one.)

If you’re entrepreneurially minded, here’s a business opportunity. Contact ASKA and see if you can get the worldwide marketing rights for the product. Let me know if you do. I’ll give you lots of press because this product deserves a wider audience, and photographers deserve faster card transfers.

Since this was first published I’ve been informed thatDynamism,(a reputable exporter of high-tech Japanese-market-only products) is now carrying the CF32A for $89. Overpriced, but at least youcanget one.

In early October, 2003Delkinannounced that it was making theAskaadaptor available in North America. The online price is $59.95. I wish I could say that they decided to import this device because of the above review and comments, but likely not. In any event, if you use CF cards and have a laptop with a Cardbus PC card slot this is amust have,and is now easy to obtain.

February, 2004: Mac owners will be pleased to learn that they are no longer left out. An OS X beta driver isnow availablefor download from the Delkin web site.SDcard andMemorystickversions are alsonow available.