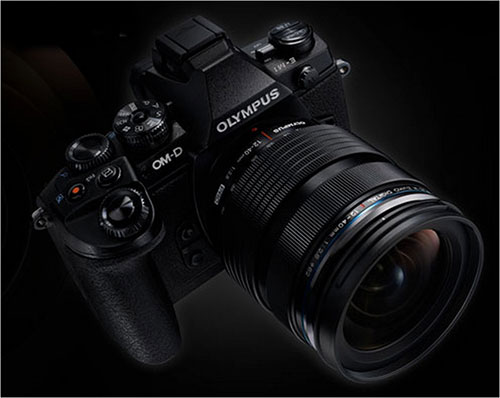 I know. I know. “Best Of The Year” awards are such a cliché. Well –mea culpa, is all I can say. I think they can be fun and informative.

Here it is then –drum roll please maestro– the best new camera of 2013, in my book, was theOlympus OM-D E-M1(B&H Link, in case you decided to buy one), which I first reported on witha field review in Paris back in September.

Since then I have used the E-M1 whenever I can and it’s also the most appropriate camera for the task. My other available choices included a Nikon D800e system and a Fuji X-Pro 1 system, both of which I own and enjoy. I’d also include all of the other cameras that have crossed my desk since them, which number quite a few, including the Sony A7r.

So why the Olympus E-M1? What’s so special about it? Below I’m simply going to list some of the features that I have found make a difference for me, and how I use them. You may find other things more relevant, but that’s what makes this fun to discuss.

I’m also going to sprinkle the article with some shots taken with the Oly over the past couple of months in Mexico. Not to illustrate any particular technical points, but simply to show how I’ve been using it. And,oh yes, in late January, 2014 I’ll be leading my fourth Antarctic photographic expedition, and I’ll be bringing the E-M1 and its lens kit as my main camera system.

What Makes the Olympus E-M1 Special?

Here are some if the things that I value about the camera. They are not presented in a particular order, and with only a few exceptions are not unique to this camera. It’s the totality of what the E-M1 offers that makes it so appealing to me.

At USD $1,399 t he E-M1 is not inexpensive,  But the camera’s fit and finish are those of an even more expensive camera, comparable to others in the $2000 and $3000 range. The body is made of magnesium, not just the top and bottom plates, and it is seriously moisture and dust resistant. I’ve seen on-line tests that show it under the shower, in hot water and in ice. Impressive.

The crackle finish body covering is both smooth and grippy at the same time. Some of the best tactile surfaces for a camera that I’ve handled.

Olympus has placed the E-M1 right in the “Goldilocks” zone when it comes to size and weight. It isn’t so small as to make handling awkward, yet not so large that people with small hands might find it uncomfortable. There is an accessory battery / vertical grip available which adds to the camera’s handling capabilities for vertical shooting, and makes the camera just a bit larger for those that might find this more comfortable. There is a second battery compartment, of course, and the user can choose the order in which the batteries are used. Also, there is a vertical release surrounded by a control wheel, and two additional custom program buttons. 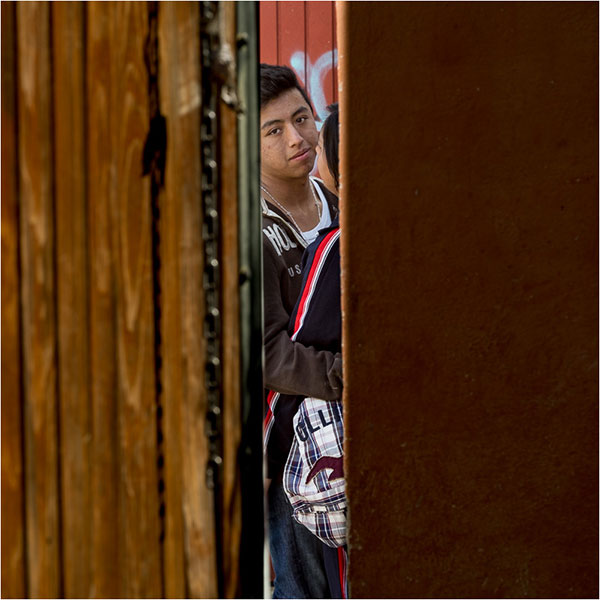 The E-M1 has what may be the most complex customization settings of any camera. But, once one understands what these settings can accomplish ones ability to customize the camera is extraordinary. This is possible because virtually every button on the camera can be assigned almost any function.

For example, I have three primary shooting modes programmed. One is Aperture Priority at f/5.6, with Auto ISO, single point auto-focus and low speed (4FPS) shutter. This is for walk-around shooting. The second is Shutter priority at 1/800 sec, Auto ISO, 10 FPS, with narrow area auto-focus, and continuous focus tracking. This is for fast action and wildlife. The third is fully manual mode for exposure, with focus lock on a seperate button rather than the shutter release. This is for tripod use.

I have the first of these programmed into the Fn1 button, which lies under my right thumb and the second into Fn2 which lies next to my shutter release finger. The third is on the top unmarked function button on the front of the body.

When either Fn1 or Fn2, or the top front button is pressed the camera completely changes character to what I’ve programmed. Press it again, and the camera changes back to whatever the current setting combination may be. There are a total of four comprehensive shooting modes each of which can be assigned to a button or even one of two unused top Mode dial positions.

There is also a convenient lever near the eyepiece that allows the front and rear control wheels to change function. For example, in Position 1 I have them as the usual F Stop / Shutter Speed, or Setting / Exposure combination. But flicked to Position 2 they then become ISO and White Balance.

Sounds complicated? It is. But for someone who uses their camera all the time (me), and who takes the time to psych out all the possibilities, it turns the E-M1 into one of the most customizable cameras ever. Yes, I know that many other cameras are similarly capable, but none have customization so easy to set (hear that Nikon?), and none have as many options possible on so many controls. 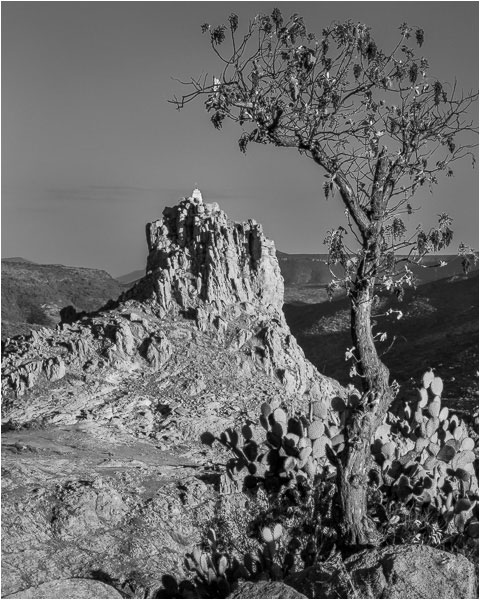 The camera’s rear LCD is bright, articulated and is touch sensitive. Most controls are via the various physical controls, but one has touchfocus and shootcapability, which I really appreciate. Here’s how I use it.

When the camera is on a tripod and I want to do a focus bracket, I simply touch the screen on the part of the image that I want each shot to focus on. I set the camera to 2 second delay and then touch, shoot, touch, shoot. I do focus bracketing a lot when doing landscape work and this makes it a breeze.

The EVF is one of the biggest and brightest and best from any manufacturer yet. Not, it’s not as good as the finder on a full frame DSLR, but when you add the ability to have a real-time histogram, or highlight and shadow warnings, it actually trumps an optical finder in many ways. It also is far better for critical manual focusing than any DSLR because of available magnification and peaking. 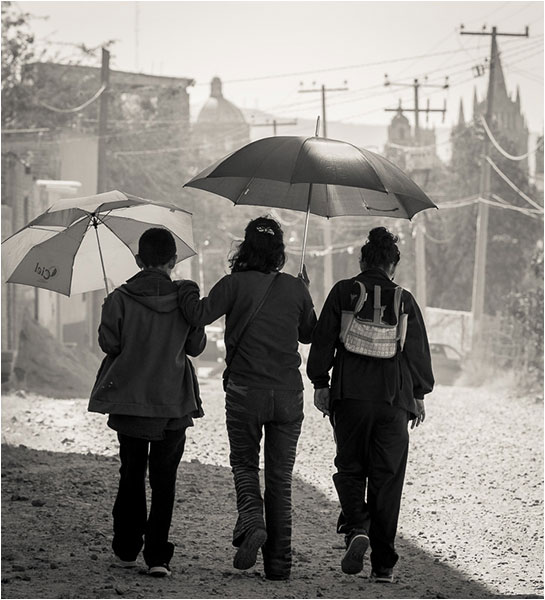 In-body five-axis image stabilization is one of the camera’s calling cards. This works with any lens, including all legacy lenses, regardless of their mount. Some comparisons that I’ve done using Panasonic’s latest X series stabilized lenses show the camera’s built-in system to be as good if not better. Frankly, it would now be hard for me to go back to any camera unless it had either a full slate of stabilised lenses, or preferably in-body stabilization that works with all lenses. Olympus has spoiled me.

As with other mirrorless camera systems, the E-M1 has a very short rear register distance and therefore can take just about any lens ever made via a physical mount adaptor. This, combined with the in-body IS, focus peaking, and focus magnification makes manual focusing such lenses quite easy.

But, in addition to the large range of autofocus MFT lenses from Panasonic and Olympus themselves, original Four Thirds lenses have found a new home, because the E-M1 has on-sensor phase detection AF as well as contrast detection AF. I havepreviously writtenabout the amazing range of extremely high quality 4/3 lenses available from Olympus, and these work extremely well on the E-M1, with AF as fast as on original 4/3 camera bodies.

The E-M1 has a built-in intervalometer which allows for time lapse photography without an external timing device. But, to add icing to the cake Olympus allows you to record the sequence as a video as well as raw and JPG image sequences. Very cool.

Also cool, and to my knowledge unique to this camera, is that when shooting a time exposure there is a mode which allows for a updated image on-screen along with a real-time histogram. So, you can record a time exposure, watch the image “develop“, and when the exposure has reached the proper point just stop it manually. 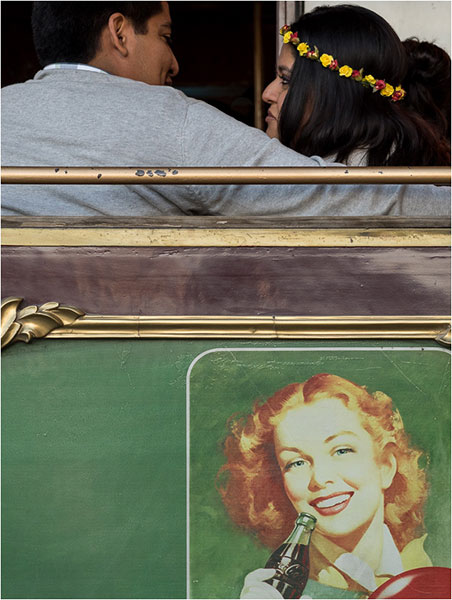 Simply put, the Olympus O-MD E-M1 is that company’s new flagship camera, and while not inexpensive, provides proof that Olympus is run by engineers and product marketing folks that actually understand the needs of photographers. Sadly, this is not something that one can say for all camera companies these days.

No, the camera isn’t perfect. None are. It also doesn’t have state-of-the-art video capability, but then somehow I think that most people looking to buy the E-M1 don’t have pro-quality video as a priority. The power switch is also in the worst possible place, making one-handed operation in quickly developing situations impossible. I also am disappointed that for all of its programability, switching between shutter release focusing and AF button focusing can only be accomplished via a dive into the menus.

UPDATE – with and updated update on 18 Jan.

Given how flexible the E-M1’s settings are I decided that there had to be a way to get the shutter lock and AE lock working the way I wanted them to. A hint from a reader plus some experimenting solved the case.

Now with the rear lever in Position #1 (up) the shutter button locks focus and the AEL/AFL button locks exposure.

In Position #2 (down) the shutter release locks exposure on a half press but not the focus point. The AEL/AFL button locks focus.

This update is courtesy of Olympus and should work with both V1.0 and V1.1 of the camera’s firmware.

When everything is considered, what we have is a camera that really speaks to the knowledgeable photographer, one can appreciate that behind the seeming complexity of the camera’s controls and menu system lies the industry’s most configurable camera. You just need to be willing to take the time to master it.

Image quality hasn’t been mentioned because there isn’t much new to say. It’s extremely good. Most cameras these days produce image quality far superior to what most photographers are able to realize. I’ve written it before, and I believe it to be true. Sure, the pixel peepers can recite DxO ratings and cite the half-an-IE high-ISO advantages of one camera over another. But this is mostly the stuff of hobbyist mania. For me, and many other photographers, content is king and usability is its mistress. Just about any contemporary camera used competently can produce excellent images, and the E-M1 as good as if not better than most.

Photographers interested in heading out into the world with a top quality camera, with high usability, the ability to take almost any lens ever made, and do so while producing 16MP images of excellent quality at up to ISO 3200, and even higher, will find that the E-M1 won’t disappoint. And for this reason I rank the E-M1 as the best camera of 2013.

I WILL NOT BUY THAT CAMERA. I PROMISE…

I  WILL NOT BUY THAT CAMERA!Conversation with my wife: Don't worry honey, I will not buy that camera.  I promise not to spend a bunch