After reading Scott Robinson’s excellent article Digital in the Desert, I thought I’d add to it with some of my observations on shooting in East Africa, where conditions are somewhat different. My wife and I traveled through Kenya and Tanzania this winter, and our experiences may be useful to those readers who are joining Michael’s trip to Africa next winter. We visited Tarangire, the Serengeti, Ngorongoro and Manyara parks in Tanzania, and Amboseli and Samburu in Kenya. 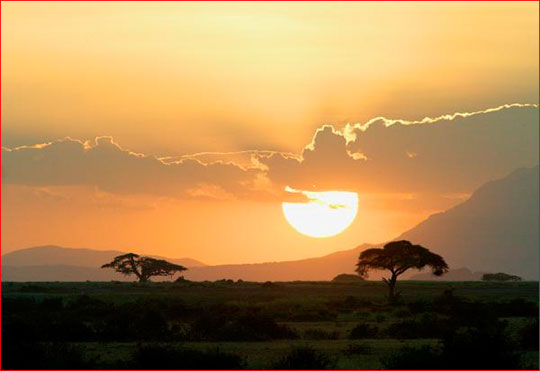 First, equipment. Don’t take more gear than you can carry with you at all times. All the safari operators we met warned us repeatedly not to leave expensive gear in hotel rooms. There is even a sign in Nairobi Airport that warns of pilferage of checked luggage, so take your cameras as cabin baggage. (In fairness, I must say that several in our party did leave stuff in hotel rooms and checked baggage and did not have any problems.)

I suggest you leave your tripod at home. Travel in the national parks is done in four-wheel drive “pop top” Land Rovers or Toyota Land Cruisers and it is expressly forbidden to get out of the vehicles except in a few designated places – and even then the guides get out first to check for lions and other predators. Apparently the authorities have found that tourists’ getting eaten by the local wildlife is not good for business. (We saw 39 lions in the Serengeti alone, and they were all hunting!) You cannot drive yourself – you must have a registered guide. This is a great idea anyway because they know just where the best sightings are likely to be, and the better ones have radio contact with each other so they can be alerted to unusual or rare sights.

Take image stabilized lenses if you possibly can, though resting your camera on the roof of the vehicle is quite practical, especially with the beanbags our drivers supplied. (Also, the good ones will turn off their engines the moment you stop, to avoid vibration.) You won’t need a lot of lenses – I took just a 24-70mm zoom, a 70-200mm IS and a 300mm IS with a 1.4X converter. I found the 70-200mm IS the single most useful lens and took 70% or more of my shots with it. Elephants, giraffes, zebras, wildebeest, Cape Buffalo, impala and so on can all be approached quite closely (within feet in some cases) and a long lens is a liability.

But if you’re into birds too, as I am, I’d recommend 400mm. I used my 300 f4 (very light) with the converter and it was right on most of the time. It was also good for animals like rhino – if you’re lucky enough to find one – because you likely won’t be very close to them. Next time I’d take my 400mm DO, though carting it around will be difficult. (I don’t own a 100-400mm zoom, but it might be just the ticket.)

I hardly used the 24-70mm at all – a few landscapes, especially cloudscapes, but landscape photography is hard to do from a vehicle on a road or track

Do take two camera bodies, not just in case of breakdown, but because you’ll want to use both. This is for two reasons – speed and dust. Things can happen fast and you may simply not have time to change lenses. Animals are not stationary. That leopard in the distance needs the 300mm – but in moments he’s so close you need a short lens. Or a Bee-eater suddenly alights on a branch close by….and so on. Remember, you can’t move to compensate for distance so your lenses have to do it for you.

The second reason for two bodies is one Scott alluded to in his article – dust. I have never in my life been anywhere as dusty as East Africa (and I’ve driven right across the Red Centre of Australia on hardly visible tracks) and you can count on all your gear having a fine film of brown powder on it within minutes of taking it out. You just don’t want to change lenses in those conditions, especially if you’re shooting digital. I used my Canon 1Ds with one lens and the 1D with another and tried to change lenses only in my lodge or tent at night. So as Scott says, take your PEC pads and E-wipes and Eclipse fluid because you’ll need them daily. 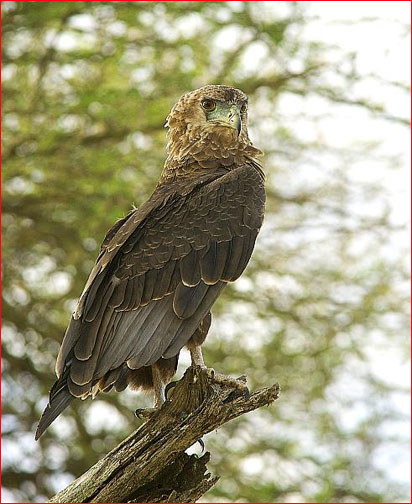 Even then, many of my shots needed extensive use of the Healing tool in Photoshop. The 1Ds seems to attract more dust than the 1D, but it may simply be that it’s extraordinary definition shows up smaller particles.

Amboseli National Park in Kenya is at the foot of Mount Kilimanjaro, and its dust is a fine volcanic powder that hangs in the air for hours. It was the worst place for dust, with the Serengeti coming a close second. But if you want to see the greatest concentration of big game in the world, you’ll have to put up with it!

As with so much photography, the usual advice about starting early in the morning or shooting late in the afternoon applies. In East Africa, right on the equator, it’s doubly true because by about 10am it’s getting uncomfortably hot and isn’t much cooler by 4pm when we would typically start out again. The sun seems to spend most of the day right overhead!

For storage I took two 1 gig Lexar cards for the 1Ds, good for about 100 RAW exposures each at ISO 100. For the 1D, with its smaller file size, two 256 meg cards sufficed. Each day after our morning drive, and again after our evening tour, I downloaded to my Fujitsu P series laptop, a purchase I made at Michael’s suggestion. This has a 40 gig hard drive but only weighs a couple of pounds, and was just right for five weeks of shooting – the hard drive was full at the end of the trip. I could have burned CDs as I went, but I elected not to carry the slide-in burner with me for weight reasons.

I strongly recommend the PC (or Mac) route for a trip like this because you can edit, and more importantly, learn, as you go. This is invaluable when you’re shooting in strange surroundings and unaccustomed light. Portable storage drives like my Mindstor are fine for short trips, but you can’t check what you shot except on the camera screen, which is not a very conclusive medium! I found a number of flaws in my shooting (primarily to do with the sun being so high and lighting animal’s backs alone) which I was able to correct the next day after reviewing the shots on the PC screen.

Further, a proper screen can show you where dust has accumulated on your sensor.

Although I took three battery packs, power was never a problem. Most nights we spent at lodges which had 240 volt power most of the time, and it was only the few days we spent under canvas that tested me, but the 1Ds is good for at least 400 shots per charge when using IS all the time. (Of course, you can recharge from your guide’s vehicle if you have the right connector, which I don’t.)

One final note – the people of Tanzania and Kenya are truly wonderful. We were met by smiles and some of the best customer service I have experienced anywhere. They deserve your patronage – so plan a trip!

Bill Caulfeild-Browne is a retired business executive who has been a photographer and a lover of nature for most of his life. He is presently Chairman of the Nature Conservancy of Canada. He has published two b... [ Author’s Page and Articles ]

Bill Caulfeild-Browne is a retired business executive who has been a photographer and a lover of nature for most of his life. He is presently Chairman of the Nature Conservancy of Canada. He has published two b... [ Author’s Page and Articles ]