There is something calledthe law of unintended consequences. It manifests itself though the occurrence of events that no one could have forecast based on prior developments.

As digital image processing and inkjet printing take hold as the preferred means of processing and printing fine-art photographs, let alone consumer and hobbyist output, one would think that the days of black and white photography would be numbered. Anything but!

Instead what we see is a major resurgence of interest in B&W (monochrome) photography and printing. This has become manifest in several different ways. 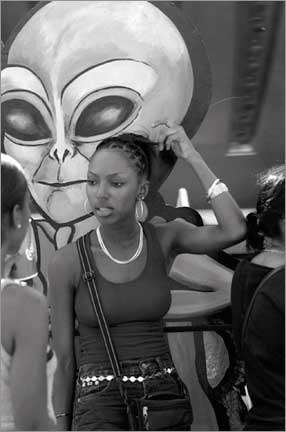 Magazines and their financial viability reflect the real-world state of reader’s interest. If no one buys them, and advertisers can’t be secured, magazines typically have a rapid demise. The fact that in the current glutted state of the photographic magazine market (particularly with so many new digitally oriented magazines), these two specialist journals appear to be surviving, is a sure sign of consumer interest.

In the October 2001 issue ofBlack & White Magazinethe editor points out that they have now been publishing for 3 years and that their readership has reached 23,000. Not quite the 250,000 ofOutdoor Photographeror the 400,000 circulation ofPopular Photographybut quite respectable nevertheless.

Interestingly, in recent issues of both magazines they are struggling with the issue of digital. A large number of B&W fine art photographers have moved to digital image processing and inkjet printing, but there is a fervent group of diehards who want nothing to do with digital, and so the debate rages on. 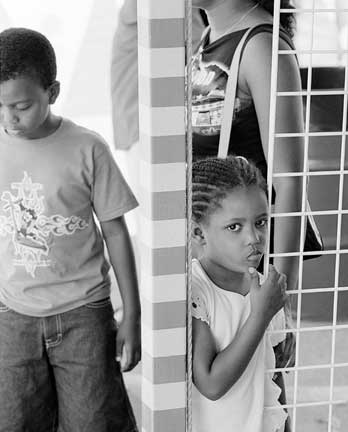 Though the technology is now a couple of decades old, according to dealers chromogenic films are enjoying a resurgence among photographers. Films likeIlford XP-2 Super,Kodak’s TCN-400andPortra 400 B&Ware designed to be processed in C41 chemistry, the same as all colour negative films. This means that any local mini-lab can process your film in 1 hour at moderate cost. Having wallet-sized prints made is a convenient way of judging results. (Just be aware that all labs are not created equal. Many use poor quality control and can also scratch your film through careless handling. Choose your lab carefully. A mom & pop lab is typically better than a drugstore or chain).

The newPortra 400 B&Wis designed to print with the same filter packs as Kodak’s otherPortra C41films, so the sepia-coloured mini-lab prints of the past are no more. But most decent labs can now printanychromogenic film, including Ilford’s, as neutral black and whites.

I’m particularly fond ofIlford XP-2 Super.While I still enjoydoing black and white film processing, and modern B&W ISO 100 emulsions likeIlford Delta 100andKodak’s TMax 100are unparalleled, XP2 provides excellent dynamic range, fine grain for an ISO 400 film, and real convenience of use. I rate it at an EI of 320 instead of 400 to give slightly denser negatives. This also reduces grain somewhat.

Because I closed my traditional wet darkroom several years ago, when I shootXP2I have the lab make wallet-sized prints for evaluation purposes. But, when I shoot real B&W film I’m faced with the issue of making contacts sheets. No darkroom, no enlarger, no contact sheets, right?

Wrong. There’s a simple way of making quick and inexpensive B&W contact sheets in the digital darkroom, and in my article titledDigital Contact SheetsI explain how easy it is. 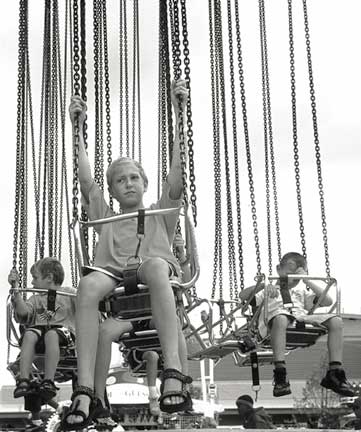 Of course shooting in B&W is one thing, but making prints is quite another. How does one make high quality B&W prints without a wet darkroom?

There are several approaches, with more on the way. The simplest is to scan the film as one would any negative. Then, use your inkjet printer. Easy? Well, there are some tricks. I have written two articles, one titledBetter B&W Using Channel Mixerand the other on printing usingDuotonesin Photoshop. Using these two techniques you can make spectacular monochrome prints just with the equipment that you are currently using.

Another approach is to use specialQuadtoneinks. These are available from companies likeMIS. There is also a very highly regarded system calledPiezographyfromCone Editions. This uses alternative monochrome inks and drivers in converted Epson printers to produce very attractive and archival monochrome prints.

There have also been rumours for some months that Epson will be releasing a B&W only printer for the fine art market. No details yet but they’re unlikely to leave this growing niche unfilled for long.

In the old days (before 5 years ago)you pretty much had to choose between shooting in colour or B&W. In years past, when I worked as a photojournalist, I would always carry 2 camera bodies, one loaded with B&W and one with colour film. Invariably I’d find that an editor wanted what I’d shot in B&W in colour, and visa-versa.

One of the reason for shooting both back then was that colour film was much slower than B&W. Things are much easier today. The improvements in speed and image quality obtainable from colour film has been quite astounding. But even so, printing a B&W from colour then meant using a type of printing paper calledPanalure, which was panchromatic and therefore responded properly to a colour image. Otherwise tonalities, especially skin tones, would be rendered improperly. 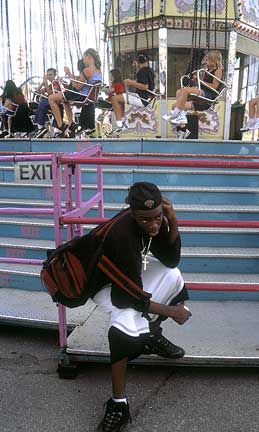 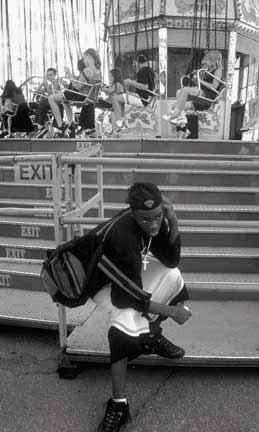 Today working with scanners and then inPhotoshopit makes hardly any difference whether one shoots colour negative, transparencies, chromogenic or traditional B&W film if the intention is to end up with monochrome prints. Conversions are easy to perform with little effort and a great deal of flexibility is offered. (For the picky and quality conscious worker there are indeed differences, but for most folks this isn’t worth worrying about).

If you have not already done so you should read my article titledBetter B&W Using Channel Mixerfor the best way to accomplish conversions from colour to B&W.

Blame it On Digital

I started off this page by mentioning thelaw of unintended consequencesand how I believed that it has been responsible for the resurgence of interest in B&W photography. Here’s why.

While photography is both a very popular hobby and art form, very few people in the past have had the space, time or inclination to do darkroom work. With the increasing popularity of digital image processing, and especially digital cameras, during the past few years the ability to process images and print them at home has rapidly gone from difficult to easy. This has meant that people who would otherwise never have set foot in a darkroom are now free to explore this aspect of photography.

B&W work has for the past 30 years been largely supplanted by colour. If you didn’t do B&W printing yourself resorting to a pro lab was the only alternative, but at very high prices compared to colour. The desktop digital darkroom has changed all that. Hobbyists as well as fine art photographers are now able to explore the pleasures and rewards of working in B&W as easily as they can in colour. Don’t be left behind. The consequence may be unintended, but they can be wonderful.

The photographs used to illustrate this article are from a photo essay titledMidway.