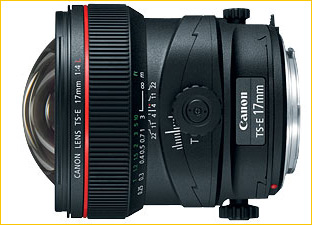 Canon makes a number of very fine lenses, but to be frank – wide angles have not typically been that company’s forte. But with the new and uniqueTS/E 17mm f/4Canon has created a remarkable optic.

This isn’t a lens for everyone. At some $2,500 it is premium priced, and by combining ultra-wide angle coverage with Tilt / Shift capability it is likely outside of the needs and abilities of many photographers. But, with those caveats, it also is one of the most exciting new lenses to come along in ages. Let’s discover why.

Ones first impression with this lens is of the huge bulbous front element. Two things come to mind; the danger of physical damage and the likelyhood of flare.

The highly exposed nature of that giant ball of expensive optical glass is something that one will just have to live with. In more than 50 years of doing photography, mostly outdoors, I have never scratched or in any way damaged a lens’ front element, (and I don’t use UV or skylight filters for physical protection, except in rain and snow). But some people seem to be more accident prone, andstuffdoes happen, so considerable caution when using this lens is warranted. Canon does provide a very nicely designedtwist-on and locklens cover for when the lens is not in actual use.

The lens is also more vulnerable to physical damage because of the numerous protruding knobs used to adjust its movements, though these are solidly constructed, as with previous Canon TS/E lenses. 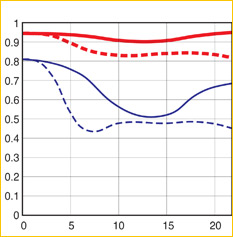 The MTF graph for this lens anticipates exceptional resolution and contrast. My field results also show this to be the case in practice. As long as one doesn’t use the lens either wide open, or closed down past f/11, the 17mm TS/E performs as well as any high quality non-TS ultra-wide angle lens and in fact better than many. 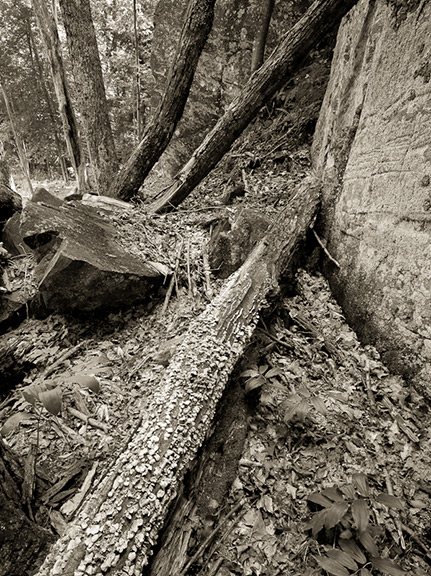 Of course at the extremes of rise and fall there is some fall off in the corners, as one would expect. This is easily compensated for with the vignetting tool in Lightroom or Camera Raw, so I don’t regard this as much of an issue, as I might have in the days of film. CA seems to be minimal to non-existent.

If you’re going to be using rise or fall at their full extent you should do some aperture testing. F/8 or F/11 will be preferable with regard to resolution, but f/16 will give better coverage at the extreme corners, at the expense, of course, of the beginnings of diffraction.

This is a full-frame lens providing 104 degrees of horizontal coverage on a Canon 1 series or 5 series body. On a reduced frame APS-C body this becomes the equivalent of a 27mm lens, which means that it provides close to the coverage that Canon’s 24mm TS/E would on a full-frame body.

Canon has had tilt and shift lenses in its line-up for many years, and the new 17mm is quite similar in its basic design. If you’ve used any of the others before, then this one will be little different in basic operation.

But, there have been some significant mechanical design improvements implemented with this lens. The foremost of these is that one no longer needs to bring the lens in to a Canon service facility to have the two axes aligned the way that one prefers. There is a simple release catch that allows the tilt / shift and the rise / fall movements to be aligned either parallel to or at right angles to each other. These can therefore be changed in the field at any time. Nicely done Canon!

Another worthwhile improvement over previous Canon T/S lenses is that the swing axis now has a lock lever for the center position. This means that one no longer finds the front of the lens swung or sagging when all one is doing is a rise or fall.

One of my anticipated concerns with this lens was its potential for flare. That huge protruding hunk of glass has the possibility of catching light coming from well off the image axis, and no lens shade is possible.

Though I have not done any definitive lab testing, in the field I see little evidence of flare except when there is light shining directly into the lens, as seen in the example below. This is the only image that I’ve produced with this lens where flare is evident. In fact, when used deliberately I think it can even become a useful creative element (no pun intended). What is impressive is how though there is obvious flare below, veiling is minimal away from the flare spots, always a sign of very good coatings. 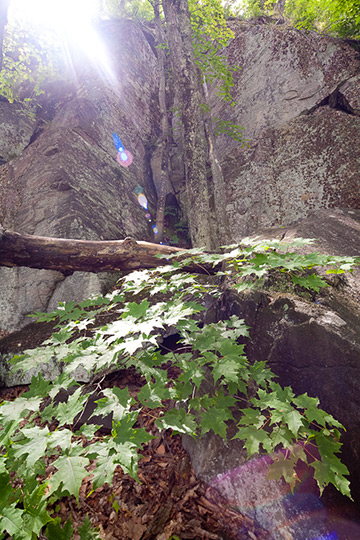 I did a small amount of shooting with the equally new 24mm f/3.5 TS/E MKII. The original version of this lens has been one of my mainstays for more than a decade. The new version adopts all of the new mechanical features of the 17mm TS/E and also the new special coatings and other optical enhancements. This is definitely a worthwhile upgrade over the original model.

The 17mm TS/E was launched in March at the PMA show and reports of a few units arriving in photographer’s hands started to be heard in June. But as of August, as this is being written, availability seems to be very scarce. In this instance Canon seems to be emulating Panasonic’s strategy with the GH1 camera and 7-14mm lens – announce it, excite potential purchasers, ship a few, but then fill the distribution channelsveryslowly. This is likely a function of the poor world-wide economy and a reluctance on the part of manufacturers to have any excess inventory, but it sure is frustrating for consumers.

There are a few sellers on eBay that appear to have lenses in stock, but these are usually priced a bit over list. If you’re eager for one, this may be the way to go until Canon ramps up production, or the early shortage eases.

Whether or not this lens is for you can only be determined by the state of your bank account and your particular shooting needs. But, if the former is flush and the latter is making demands, there are few lenses that can provide as much creative stimulation and as many unique images as the Canon 17mm f/4 TS/E. A winner for landscape, architectural and product photographers.

If the use of camera movements is so muchgreekto you, have a look atUnderstanding Camera Movements, an older article on this site, but one which explains the basics. My review of theNikon 24mm f/3.5 PCElens also provides more information on DSLR T/S lens use.

Oh my poor studio! All set up for my own image processing, printing and teaching, and then we have to tear it apart to create