This is the fouth part of a multi-part field test of a pre-production Canon EOS 1Ds. If you have not yet readPart One, the introduction to the piece, please do so first as the entire review will only make sense once you’ve seen all of the parts in the correct order.

There will be a segment inThe Luminous Landscape Video Journal’snext issue (Issue #6, scheduled for release in November) showing the camera being used on a landscape and nature shoot and an analysis of prints produced with the 1Ds.

For the working photographer how a camera handles is critical. For the hobbyist who might use their camera a few times a month this is less of an issue. But someone who makes their livelihood doing photography needs a tool that is straightforward and intuitive to use.

As the features and capabilities of cameras have expended during the past half century designing a suitable interface has become an increasingly difficult task for camera makers. Look at aLeica M6, the last of the classic cameras. There are a minimum number of controls. Shutter speed, aperture, wind and rewind levers and knobs, a frame counter, and that’s about it. A photographer who has never seen one can be familiar with its operation in a few moments (well, maybe not the film loading, but that’s another movie).

On the other hand there’s theCanon 1Dswith some 35 buttons, levers, latches, and control wheels. There are also three LCD panels and more menus than your local diner.

Having once been a software designer, and then the head of development for a couple of software publishers, I am very sensitive to the issue of interface design. My biggest peeve is "modality". That is, when the same button or dial does different things depending on what "mode" it’s in. This can be very detrimental to quick and intuitive operation as one has to be constantly aware of the mode that is currently in effect. To their credit Canon has largely avoided modality, and that’s one of the reasons that the camera has so many external controls. 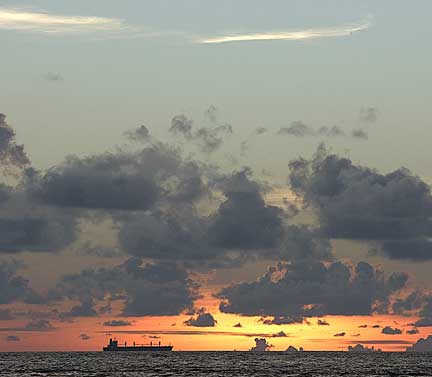 This photograph is about a 50% crop from full frame. A larger version may be viewed by clicking on it.

The 1Ds (and the 1D, since they are essentially identical in terms of controls and interface) is based on Canon’s top-of-the-line film-based camera, the 1V. In fact excepting the digital controls these three cameras operating almost identically. A busy pro with a 1V and a 1Ds over his shoulder will be able to switch back and forth between bodies with hardly a thought as to whether he’s shooting film or digital.

All of the 1Ds’ digital controls are concentrated on the rear of the camera. I won’t go into the specifics but a word needs to be said about how menu selections on the colour LCD screen are accomplished.

For anyone approaching the 1D or 1Ds for the first time there won’t be much of a problem. But for someone coming from using a D30 or a D60 there’s a serious readjustment necessary. While these cameras use a straightforward turn-the-wheel then press-a-button approach, the pro series cameras require that you keep a button depressed while selecting the item that you want. The purpose of this is, I’m sure, to force the user to do two simultaneous actions so that nothing is done accidentally. It does make some adjustments a bit slower to execute, but on the other hand there will consequently be fewer slip-ups.

The battery charger on the other hand is counterintuitive. A red light shows solid while the battery is charging and flashing when charging is finished, just the opposite of almost every other battery charging device in the world (including Canon’s own on other models). What’s the point? 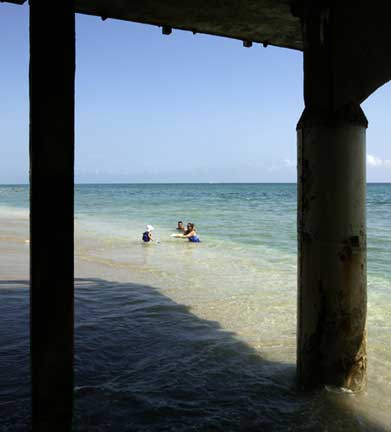 This photograph is about a 60% crop from full frame. A larger version may be viewed by clicking on it.

One other area where I believe that Canon has made a mistake is that unlike with the D30 / D60 series, on the 1D and 1Ds file extensions follow the Kodak convention of giving RAW files a.TIFextension. The problem is all other programs see a file with a .TIF file as a standard TIFF graphics file and so its very easy to accidentally load and then resave a file, thus totally corrupting it. This really should be changed.

I have not had an opportunity to do any rigorous testing of dynamic range. But a few hundred varied frames show me that it appears to be comparable to that of the D30 and D60, which I have extensive experience with. Figure on a solid 6 stops of dynamic range. Like all digital systems the slack is in the shadows, not the highlights. Once the highlights are blown there’s nothing that can be done. This is one reason I always have the flashing highlight indication turned on on the instant review screen. Shadows on the other hand have great depth, and a bit of work with Photoshop can salvage a remarkable amount of information from deep shadow areas. 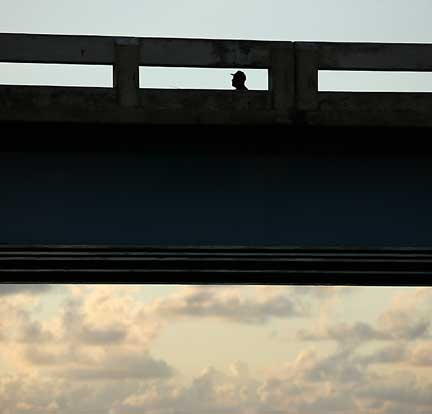 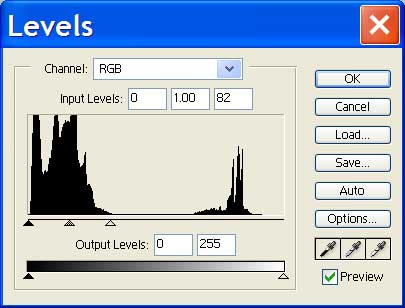 Have a look at the photograph above. It is also used further on in this article to illustrate resolution issues, but it’s relevant to dynamic range as well. It is reproduced with virtually no brightness or contrast adjustment from the way it was shot. The matrix metering did a superb job given the lighting extremes.

The smaller cropped version immediately beneath it shows how much shadow detail can be extracted with the simplest tool inPhotoshop ‚ a Levels adjustment. All I did was to move the "highlight" slider to the left, opening up the shadows, as shown in the histogram. Few photographers will find the 1Ds wanting with regard to available dynamic range. I judge it to be about one to two stops better than transparency film, and roughly comparable to colour negative film‚ but of course much less noisy / grainy. 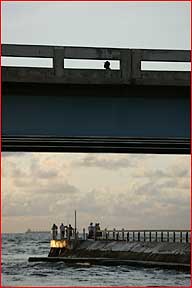 This photograph is about a 50% crop from full frame. A larger version may be viewed by clicking on it.

There’s no denying that the larger the film size or imaging chip, the bigger the enlargement that can be made. With the 1Ds this means that a high-quality print can be made at 11 X 17" without any ressing-up required. Given the low noise and high resolution of the files even much larger prints can be made with negligible loss of quality.

But that isn’t the whole purpose of wanting to have a camera with a larger imaging chip. More important for me is the ability to severely crop the frame when needed and still have enough "bits" left to make a large print.

The above photograph (please excuse the pun in the title‚ I couldn’t resist) is a good example. I had just a second or two to frame this shot, and at the moment of exposure I thought that including the fishing pier and freighter at the bottom of the frame (the same ship seen inFreighter Sunriseon this page) would add interest. When I reviewed it onscreen I realized that the pier and ship added little, but that if cropped the bridge and man’s head would have an enigmatic quality. (See my essay titledEnigma Variationsfor more on this way of seeing.Having the sky at the bottom of the frame is one of the things that makes this frame so interesting, along with the sunrise illumination on the clouds).

Because I started with a 33MB file I was able to crop the frame by 50% and still have enough bits to make a 10" X 10" print without the need for ressing-up the file.

Next, using the 1Ds on a location shoot.