The old joke is thatyou can never be too rich, or too thin. Add to that —for some of us at least— owning as many fast prime lenses as possible. While these days I mostly use zoom lenses for my landscape work and long fast primes for my wildlife shooting, when I do street and documentary photography I like to use fast primes. Since I have now moved almost completely to shooting digitally, currently with theCanon 1Dsand10D, myM Leica’sand lenses are mostly in retirement. This has meant augmenting my lens arsenal with fast Canon primes.

During the past year I’ve purchased the 24mm f/1.4L and the 135mm f/2L. The 35mm f/1.4L still calls, but I recently satisfied one more itch and bought possibly the most interesting fast Canon lens of them all, the 85mm f/1.2L 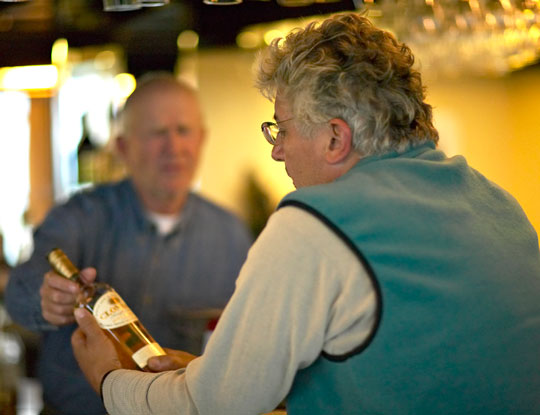 I received the 85 just before leaving ona shoot in Icelandin July, 2003, and though I didn’t expect to use it much on a landscape shoot, I couldn’t resist bringing it along. The only time that it saw use was in a hotel bar (of all places) where my colleagues and I were sampling Scotch whiskies late one evening.(Our excuse is that it was raining heavily, and so we had retreated into a hotel for the night — otherwise we’d of course have been out shooting under the midnight sun 🙂

The shot above was taken wide open at f/1.2 in a very dimly lit bar (though it doesn’t look it). The ISO was set at 800. If you click on the frame above to see a larger version, and also look at the 100% sized enlargement crop below, you’ll see a few of this lens’ characteristics illustrated. The first is that even wide open it is very sharp — at least on the point at which it’s been focused. Look at the rim of the eyeglass and the eyebrows. What you’ll also see is that, as you might expected from this focal length and aperture combination, depth of field isveryshallow. Micro-contrast is also quite high, and the bokeh (out of focus areas) is lovely and smooth. 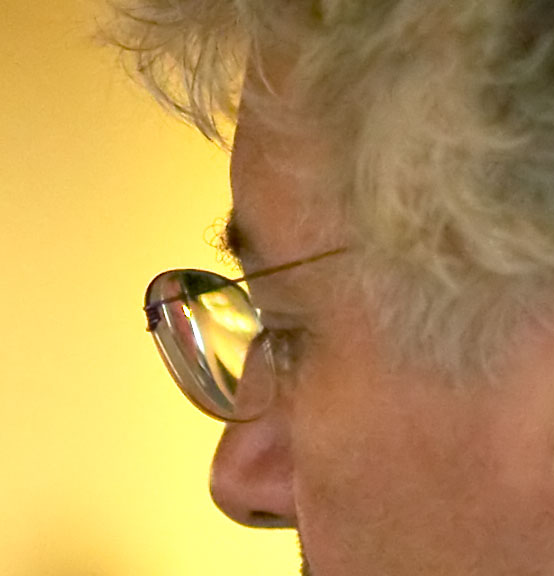 It needs to be said that this is not a stealth lens. It is relatively large, heavy and very slow focusing. But you have manual focus control even in autofocus mode, something that will be welcome in the low light levels in which one is likely going to use this lens.

Can I recommend this as a general purpose lens? No. Not really. It’s big, it’s expensive, and it’s slow focusing. But, if you work in low light, such as when shooting indoor theater, concerts or sports at close range, this may be the right lens for you. 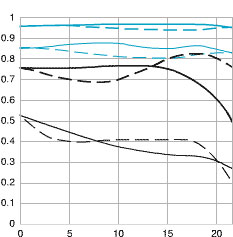 Lenses can become a bit of a fetish for photographers. OK, I won’t beat around the bush — they certainly are a fetish of mine. Each one has its own characteristics and when these are understood can help in the creation of unique images. Lenses are a photographers "brushes". As time passes I look forward to becoming more familiar with this particular brush.