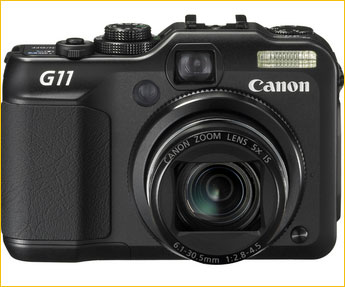 First – Where It Fits In

Designing cameras entails a series of compromises, as of course does buying cameras. When a company such as Canon sets out to make a new camera they need to balance a series of variables, including the intended customer and his requirements and expectations, price point, feature set, and performance needs.

Canon’s G series of cameras have long been a favourite among photographers who also own DSLRs. The recent models in particular, because they offer a combination of features, price and performance that appeals to a broad audience. Coat-pocket ability, a decent zoom range, some manual controls, and an optical viewfinder.

The Powershot G11, which started to ship in October, 2009, continues that trend, but it does so in a new environment. So, before looking at the G11 itself and how it compares to its predecessor the G10, let’s see where it fits into the current taxonomy of cameras.

This is now rapidly becoming the era of thesmall camera / large sensor, as exemplified by cameras such asSigma DP1, Leica X1 (coming in December), Olympus EP-1 andPanasonic GF1. Samsung has announced its intentions in the area, and Ricoh is also rumoured to have a camera system like this coming soon.

Some of these offerings have fixed lenses, while some have interchangeable lenses. But all have sensors that range from 1.6X to 2X, as compared to full-frame 35mm, vs. the 4X to 6X multipliers of cameras like the G11.

The advantage of these larger sensor equipped cameras are: higher overall image quality, better high ISO performance, better dynamic range, and the use of very high quality (also fast) fixed focal length or interchangeable lenses. On the other hand, the advantage goes to the G11 and its ilk by offering small-built-in zooms, though at the cost of smaller maximum apertures. 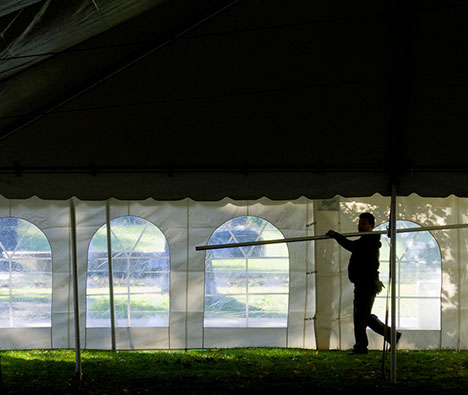 Ergonomics and the Articulated LCD Screen

One of the major changes from the G10 to the G11 is the addition of an articulated LCD screen. This is a really solid design, and will be appreciated by many photographers, but with a few caveats.

The first of these is that the LCD doesn’t hinge outwards at a full 180 degrees. This means that if you are an old-time twin lens reflex shooter and like looking down onto a screen, the G11 won’t quite please, because it only rotates out about 175 degrees. This means that when you face head on to the subject you’ll be looking at the screen at a bit of an angle. This won’t be a big deal for some, but it really frustrated me, and I found myself always getting my horizons off kilter. Of course turning on grid lines helps, but as always, I have to ask –didn’t anyone at Canon field test this?

Another consequence of Canon adding the tilting and rotating LCD is that the rear control wheel has of necessity become smaller. So much so that I frequently find myself pressing the wrong control inadvertently. I have read other’s complaining online about this, so I don’t think that I’m being a klutz, and in any event I have fairly small hands. People with large hands, be aware of this potential issue.

Finally, while an articulated LCD is a really nice thing for photographers to have with this type of camera, it’s particularly useful for anyone shooting video. Unfortunately Canon has decided not to play in the video game, at least not seriously with the G11, as its limited to 640 x 480 @ 30 fps. Not even 720P, let alone 1080i. Sorry Canon; that ship sailed long ago. Users now expect contemporary video specs and performance from their pocket stills cameras. 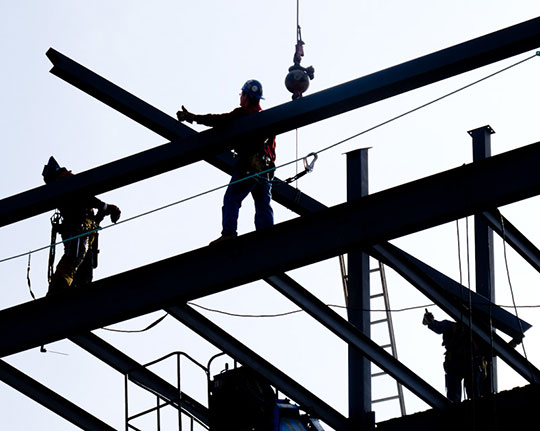 The rational for reducing the sensor on the G11 from 15 Megapixels to 10 Megapixels on the G11 is to produces cleaner, lower noise images, especially at higher ISOs. To see how well this was accomplished I set up both cameras side-by-side at my gallery, looking at a high contrast subject which contained highlights as well as deep shadows. Both cameras were set to f/4 in Aperture Priority mode, and the only adjustment made to any of these files in post processing was to synchronize the white balance. ISO was adjusted, allowing the camera to compensate for exposure by varying the shutter speed.

The cameras were set up on tripods, as close together as possible. But, because of their slightly different fields of view, and their differing resolutions, there are slight framing mismatches. The important thing though is that both cameras were set to show the same field of view (or at least as close as it could be matched, because of the very coarse zoom controls on these cameras). Exact framing is simply impossible with these cameras, one of my real complaints with any camera having power zoom.

Another way of doing this set-up would have been to match magnification rather than image coverage, but if you’re one of the folks that thinks that this would have been preferable, please feel free to do such a comparison yourself.

Obviously, you can draw your own conclusions as to whatyousee. What I see is that the G11 has about a one stop advantage over the G10, and both look quite good up to and including ISO 200. I never regarded ISO 400 is usable for anything except record shots on the G10, and my feeling is that while cleaner, the G11 is still too noisy at 400 for any sort of large prints. Above 400 the G11 keeps its edge over the G10, but it’s a Pyrrhic victory because neither meets my criteria for acceptability at these speeds.

This all then begs the question – is the reduction in resolution from 15MP in the G10 to 10MP in the G11 worthwhile? It seems to me that if you’re one of those photographers that primarily works at low ISOs the G10 may in fact be the preferable choice, while anyone that needs ISO 400 or higher will want the G11, though frankly anything over 400 starts to become iffy in my book. So, where’s the advantage?

As a consequence, because the G10 is discontinued, I think that we’re going to see quite a few G10s selling on Ebay at prices higher than one might expect with a new model on the scene.

As I mentioned at the head of this piece, the game has changed. We now have large sensor large-pocket cameras which challenge models such as the G10 and G11, especially in terms of size and portability. No matter how good a small sensor camera may be in terms of IQ, a camera with a sensor several times larger can’t help but produce superior image quality, at both low and high ISOs.

But, let’s put this in perspective. A G11 compared to a Panasonic GF1, the current leader of this new category, may look similar in size and intent, but is quite a different animal. Price is one major factor, with the G11 priced at US $500 while the GF1 with 14-45mm (28-90mm equiv) lens is $900. This lens, rather than the 20mm f/1.7, is a closer match to the G11’s 28-140mm equivalent zoom, but increases the size of the camera quite a bit. The G11 also has a very handy (though not very good) optical viewfinder, while the GF1’s optional electronic viewfinder (similarly not great) adds more bulk and cost.

It’s all about trade-offs, isn’t it? The G11 (or G10 for that matter) is appealing to serious photographers looking for a always-along camera because of its few manual controls, optical viewfinder, and decent image quality. But if one is willing to trade off the slow 5X zoom for a medium wide but fast prime lens the equation becomes more interesting. But, at a price – almost double to be precise.

Then there’s the issue of depth of field (DOF). Small sensor cameras such as the G11 have huge depth of field, which sometime is desired, and sometimes isn’t. APS-C and 2X sensor equipped small cameras have much less DOF, which is sometimes desirable, and sometime not. As the saying goes –you pay your money and you make your choice.

Which brings us to an IQ comparison. At ISO 100 the differences are visible, but it takes some pixel peeping to see them. The G11’s 10MP and the GF1’s 12MP are close, and so the degree of enlargibility is similar. It’s when the ISO gets to around 400 and up that one canreallysee the differences, even in web-sized reproduction sizes.

To try and show this I shot in a shopping mall under mixed fluorescent and daylight at high-ish but not extreme ISOs. The Canon found itself at ISO 640 and the Panasonic at ISO 500, both at the same aperture. Immediately below are the full frames, and below that 100% crops.

UPDATE:Please ignore the colours in the G11 file. I was using an early version of Adobe Lightroom 3 Beta and the colour profile used wasn’t the correct final one.

The optical viewfinder is both a plus and a minus . It’s great that Canon has produced a digital camera with a OVF, but let’s be frank; it’s really not that accurate. And speaking of accuracy, the G11’s zoom control is so coarse that it’s essentially impossible to do accurate framing.

I like the fact that ISO and exposure compensation are simple, easy to control mechanical dials. But, how about a dial for Aperture and Shutter Speed? So many photographers that I speak with want simple, straightforward controls rather than a screen-based interface. Canon has gone part of the way – why not give us what so many are asking for – physical controls?

Is the Canon G11 a good buy? I believe so, considering that one gets a really solid camera with decent lens, articulated LCD, manual controls, and decent image quality at low ISO. But, while the higher ISO (anything above 200) are better than its predecessor the G10, on an absolute scale they are not really acceptable to my eyes for anything except record shots and snapshots. The extra resolution of the G10 seems to me to be a trade-off that many photographers might end up preferring.

And as for comparisons with the new generation of pocket-sized large-sensor cameras, these cost quite a bit more money (up there with entry level DSLRs) but they produce far superior image quality.

Having said all of that, for the money the G11 offers good value for many photographers, and its articulated LCD and optical viewfinder make it somewhat unique in this marketplace. That’s the primary reason for my "Recommended" stamp. But don’t expect the drop to 10MP from 15MP on the previous model to be a magic bullet. It isn’t. The game has changed, and for low noise, high quality images there are now new and interesting alternatives in the medium-sized pocket camera arena. There is also a new strong competitor to the G11, in the shirt-pocket sized camera segment, in the form of Canon’s ownPowershot S90, which uses the same sensor and image processing chip as the G11, and which will be reviewed on these pages shortly.