What if you had been dreaming of shooting in a unique and exotic location for several years, and had been actively planning to go there for the previous 12 months? Then, when the day arrived, you ended up with just one hour to fulfill your dream. This happened to me at the ship-breaking yards in Chittagong, Bangladesh in January, 2005.

We had left our hotel in Dhaka at 8am for what is usually a 6 hour drive to Chittagong. But some monster traffic caused by unannounced road construction added more than two hours to the trip, and we arrived at the yards at 4:30pm, just an hour before sunset.

Fortunately we were expected, and so were whisked though the yard’s gates into a scene that can only be described as reminiscent ofDante’s Inferno.

I had metPierre Claquinon my January, 2004 photo-safari in Tanzania. He is a charming French epidemiologist (and passionate photographer) who had spent the previous 13 years living and working in Bangladesh with various NGOs. He had been involved with the team that had eradicated polio in that country. He also is the author of a fascinating book of photographs on the vanishing circuses of Bangladesh.

Over a beer one evening at our Seregneti lodge, Pierre suggested that I consider doing a photo expedition / workshop in Bangladesh. I responded that other than knowing that it was a very poor country on the Indian subcontinent that was plagued by periodic destructive cyclones, I knew little about it. But as we talked I recalled that it was also the home to the ship-breaking yards at Chittagong. This immediately raised my interest by several orders of magnitude.

I had seen just a few photographs from the ship-breaking yards; those bySabastiao Salgadofrom his bookWorkers, and ones by Canadian photographerEdward Burtynsky, from his book and recent exhibitionManufactured Landscapes. I had been fascinated by the unique imagery that these two exceptional photographers had each captured there, and had long wanted to have an opportunity to shoot there myself. 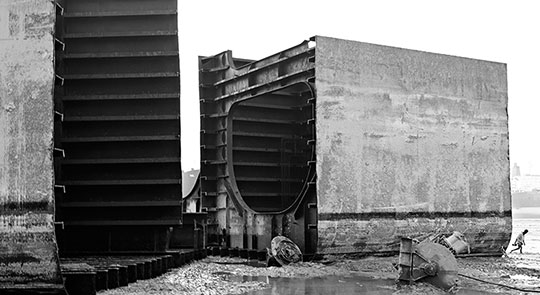 But, I had also read that photographers have been denied access to the yards for the past several years. The reason for this is ostensibly that the working conditions are, shall we say, less than ideal, and that various activist organizations had used the photographs taken by Salgado and a few others to push the yard’s owners and the Bangladeshi government for reform. But the yard owners solution was simply to ban all photographers from the site from that point on.

My proposal to Pierre was that if he could get us into the ship-breaking yards, I’d do a Bangladesh photo expedition together with him the following January.

Much to my surprise a couple of months later I got an e-mail from Pierre that he had arranged for us to shoot at the yards. I won’t go into the details of how this was arranged, but needless to say it took some high level connections. So, with this in the bag, we proceeded to plan our Bangladesh workshop expedition for January of 2005

Nothing can prepare you for what the yards are like. Spread along the shore of the Bay of Bengal, just a few miles north of Bangladesh’s second largest city, Chittagong, lies a stretch of beach (more accurately described astidal mud) occupied by seven different companies. For the past 35 years this has been the world’s primary site for the dismantling of large ocean going vessels, including oil tankers.

The metal from the hulls and superstructures of the ships are re-processed, and form a major part of the country’s source of steel. Also, every fitting, from doorknobs to toilets is removed and resold though the dozens of store-fronts that line the highway near the yards. Nothing goes to waste. Even the last drops of oil from the tanker’s holds are drained and resold.

One of the main reasons that the yards at Chittagong have been the center of this activity is that in Bangladesh labour is very cheap (the work of dismantling the ships is all done by hand) and there are few if any environmental or worker’s protection laws. 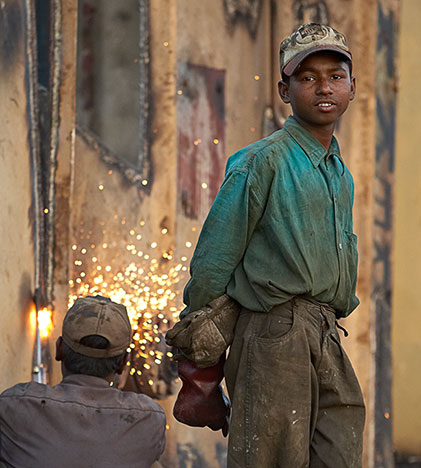 I wouldn’t be the bleeding-heart liberal that I am if I said that I wasn’t affected by the sight of hundreds of workers climbing over these hulks without any of the safety equipment that we would consider a necessity. No hard-hats, no safety boots, no restraining harnesses, and so on. There are no statistics kept on accidents, so it’s impossible to say what the record is, but just a brief look around is enough for one to know that the working conditions found there would give an OSHA inspector instant cardiac arrest. 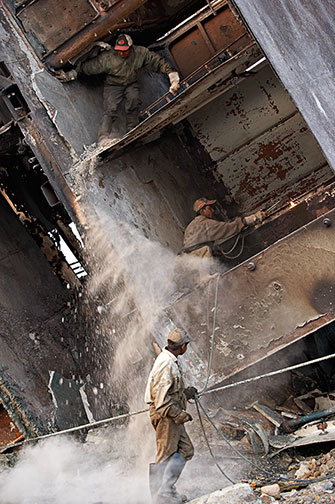 With just a hour between our arrival and sunset (and yes, we asked if we could come back the next day as well, and were refused), I was intent on maximizing the photographic opportunities. I had planned on shooting on a tripod for optimum image quality, but in the interest of maximum speed and efficiency I decided to work hand-held. I simply put the 70-200 2.8L IS on the 1Ds MKII, and the 24-70mm f/2.8L in my vest pocket, along with a couple of CF cards.

I shot 269 frames during that hour, and produced at least a half dozen exhibition-quality images. It was an incredibly intense experience. Maybe it was the anticipation, and certainly it was the unique character of the environment, but it seemed that every few moments another strong image would appear before my lens. As a consequence, and probably because of the time pressure caused by the inexorable deadline of the setting sun, I went into"the zone"; that place where one is oblivious to anything except the images that appear in the viewfinder. At that point tools and technique are forgotten – or more accurately, go into automatic pilot. Even composition becomes intuitive, rather than intellectual. 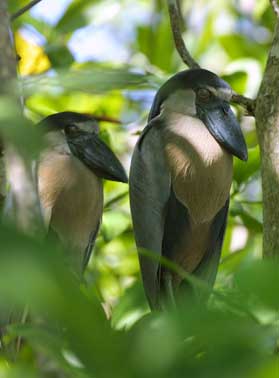 As with Bangladesh itself, the photographs taken are as much about the people as they are the landscape – natural or manufactured. The people give both scale and meaning to the ship-breaking yards, and to photograph the yards without them would be to miss their essence. 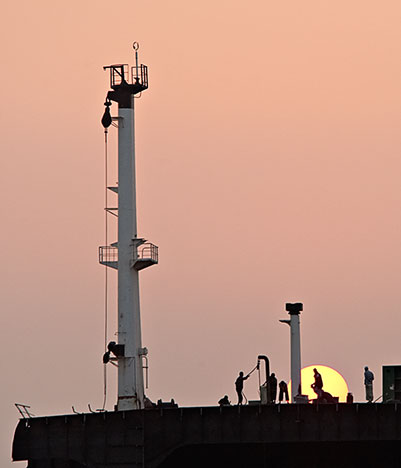 Sunsets have two characteristics in Bangladesh; they happen quickly, and they usually feature a red fireball, at least during the dry season. The Bangladeshi flag shows a red sun against a field of green – most appropriate for this verdant land.

Much to our good fortune the ship-breaking yards face almost directly due west, and therefore the setting sun played a dominant role in the images that we were able to create. It bathed the scene in warm light for the entire hour that we were there, and then itself became a component of the landscape during the last fifteen minutes before it sank into hazy smog, well above the horizon.

Once it became dark the yard manager invited us into his office for a chat and refreshments – coconut milk, this being a predominantly Muslim country. There was the anticipated defensiveness to our questions about the economics and nature of their business, but also a pride in the service that they provided to their country’s economy.

We were also told that a few years ago a British photographer had come and spent three months photographing at the ship-breaking yards. I have no idea who he was, or what resulted from that marathon, but compared with our single hour, I can only imagine what wonderful images may have resulted.

But, though our time at the yards was limited, and though the odds are that I’ll never be able to return, (even if I wanted to), the time that we had at the Chittagong ship-breaking yards was unique, and it produced images which will live both in print, and in my memory for a long time to come. 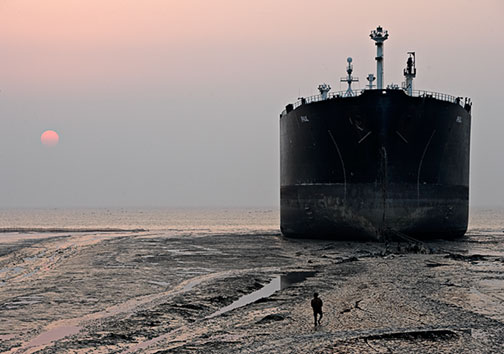 I am not a social activist. I went to the yards with my workshop’s members to simply photograph what I knew to be one of the world’s most fascinating locations for unique images. But, I was deeply affected by the working conditions at Chittagong, as I was with the fact that this incredibly poor country still has child labour, and numerous other social ills, at least by the standards of advanced western countries.

There are organizations that are working with the people and government of Bangladesh to address these ills, and though it isn’t the intent of this photo essay to grind any axes, maybe in its own small way it will draw the world’s attention to this distressing situation.

This test of theKonica Minolta Dimage A2camera and lens was conducted usingDxO Analyzer. If you are not familiar with this optical testing system please readthis

Current as of 8 Feb, 2009Regular readers will be aware that in addition to writing and teaching I also review products that interest me. I've