Digital is not Fillm

This article by Australian photographer Nick Rains is a commentary on my essay titledTelling It Like It Isthat examines the digital vs. film debate. WhileI don’t completely agree with several of the points raised by Nick in this article, it is well reasoned and presents a thoughtful case.

This seems like an obvious statement but judging by the plethora of Forum threads on "Digital vs Film" it seems that many people miss this most crucial point.

"Is Digital better than film?" is a topic that sparks off heated, and very often childish, diatribes along the lines of "is – isn’t -IS TOO – IS NOT – BLOODY IS TOO YOU MORON". I kid you not, I have read plenty of these threads that really do stoop this low. And what is worse, genuine and informed writers like Michael Reichmann end up getting personal attacks on their integrity.

Digital capture is not the same as film capture in some fundamental ways and therefore it can never be fairly compared to film in any "level playing field" way until you get to the print stage. Some of these differences are as follows:

1: Film is a chemical based process where randomly distributed dye clouds are arranged in 3 or more layers. Digital images are formed of photosites in a regular array and in one layer (Foveon sensors are the exception here).

2: Both film and digital are similar in that there are a finite number of grains or photosites in the capture medium but due to the diffused nature of dye clouds and the fact that they randomly overlap, it can be argued that there are many ‘gigabytes’ of information in a film image.

3: This last point is where many film purists fall down in their arguments that film contains much more information than the best digital cameras, Much of this extra information does not add anything to the perceived image quality and is therefore redundant.

4: In film, the bigger the ‘grains’ are, the more sensitive they are to light‚ fast films are grainy. Digital images have a signal to noise ratio which gets lower as the gain or sensitivity is increased‚ more noise in high ISO settings but the same size photosites.

5: Digital images are just that, digital. 256 discrete steps (in 8 bit) of tones in each colour channel. 256 is actually less than the eye can distinguish. Film has an essentially infinite number of tones due to it’s analogue nature.

Obviously both systems capture lens projected images onto a ‘film plane’ but both do it in quite different ways. The point is, how they do it is pretty much irrelevant, the important thing is whether the PRINTS are better or not. 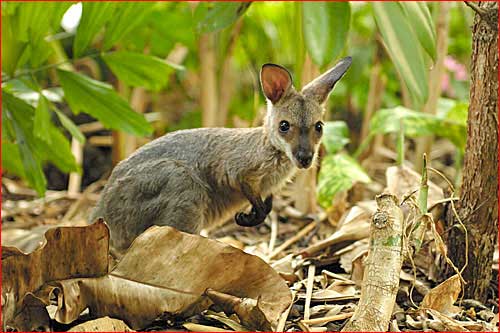 This image only exists because I used a Canon D60. I was shooting captive animals at ISO 200. This little fellow snuck up behind me and I was able to crank up the sensitivity to ISO 1000 and just squeeze 1/60th @ f/2.8 out of the camera. Had I been using film I would almost certainly had ended up with an unsharp image by using 1/10th @ 2.8. Or I could have tried to change films quickly but the moment would have been lost.

Prints are the raison d’etre of photography. Whether it be offset printing in a magazine, inkjet prints onto paper or Lightjet prints onto Ilfochrome, the print is the most common end result and only here can the digital vs film debate be properly examined.

Even here though, there is no real room for technical theories about D-Max of scanners, S/N rations, pixel densities and resolution. Assessing prints is a subjective process and the real question is "Which print do you prefer?"

It is quite possible for someone to make this comparison and ‘prefer’ a chemical based image and print. OK, fine. they ‘like’ it better and there can be no argument with that. Others might like the amazingly ‘clean’ images off a digital device‚ that’s fine too. 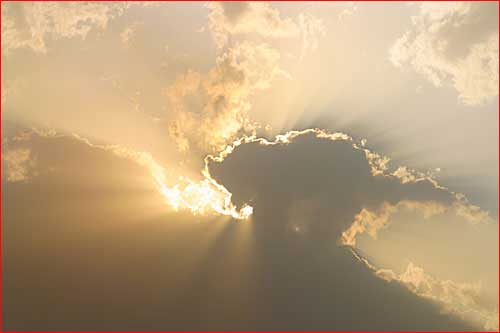 This sort of digital image can be enlarged almost as much as you want because there is no fine detail and no noise in the image. 35mm film on the other hand would show grain over A3. Large format would be better, but this was a grab shot and my 4×5 camera was at home.

Personally, I much prefer digital image prints up to about A3 in size. I love the crispness and the pure colours. Once I go above A3 however, I find that fine details off film look subjectively more acceptable than off digital. I am talking here about fine details that neither digital nor film can resolve properly, such as distant vegetation in a landscape shot. Digital has a way of showing its hand in such areas in a somehow unsatisfying way. Film, to me, gives me a more ‘acceptable’ look even though there is no real detail.

Once image sensors increase in size, both physical and by pixel density, then I will shoot my large format shots that way. Right now no-one would argue (I hope) that any digital camera can compete with a 6x12cm Provia image, but for 35mm wildlife shots then digital beats film hands down.

I don’t care about megapixels or learned scientific discourses‚ do prints look better to anyone who sees them; that is all I care about.

Digital is not ‘better’ than film‚ it is different. It is clearly much better at certain things and just as clearly worse at others.

Over the last 10 years Nick has traveled the length and breadth of Australia covering over 250,000km in his search for fine "Australian" images for the stock photography market. He makes his home in Brisbane, Queensland and he operates a fine-art photographic gallery in that city.