Plumbing The Depths (Of Field)

The issue of Depth of Field (DOF) seems to cause a great deal of confusion. Every photographer understands it somewhat, but rarely with the rigor needed to explain it to others. In fact, to be completely honest, I’ve had to go to a couple of reference books to be sure that I get the explanations here technically correct.

The term “Depth of Field” describes the range in a photograph, from near to far, that appears to be in focus. Everyone knows that the more a lens is stopped down, the more depth of field there will be, (true).  Most people also believe that wide angle lenses have more depth of field than telephoto lenses (false). Let’s see what the facts really are, and why. 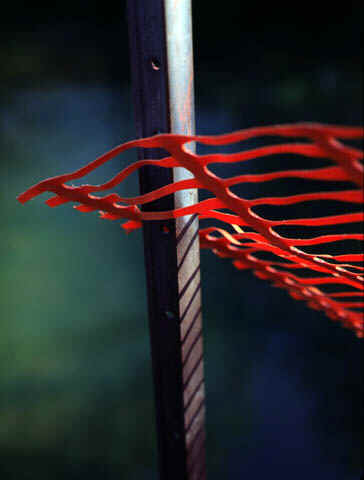 Definition: “A group of photographers sitting around trying to understand Depth of Field“.‚ Just kidding.

You can’t understand Depth of Field until you understand COF (Circle of Confusion). The human eye has a finite ability to see fine detail. This is generally accepted as being 1′ (minute) of arc. Translating this to the practical world, this means that at a normal reading distance the smallest object that a person with perfect eyesight, under ideal conditions can see is 1/16mm in size. If you place two dots smaller than this next to each other they will appear to be just one dot.

The photographic industry has generally found though that this is too fine a parameter, and long ago settled on 1/6th of a millimeter as the smallest point that can be clearly discerned by the average person under normal conditions. Expressed as a decimal, 1/6th of a millimeter equals 0.1667mm.

Now, the camera industry figures for the purposes of calculating depth of field (and therefore Circle of Confusion) that an image is typically enlarged 5X from the negative to a print. This would mean roughly a5X7″print from 35mm. So since 0.1667/5 = 0.0333, this is the Circle of Confusion that many 35mm lens manufacturers use when establishing their depth of field tables and lens markings. Canon, for example, confirms in their book EF Lens Work II, that they use 0.035mm as their COF for all modern EF model lenses.

By the way, .0333 translates to 30 lines/mm ( 1 / .0333 = 30). And, 30 lines per millimeter is the theoretical maximum resolution needed on a print, as described in my earlier article Understanding Sharpness. It all hangs together.

Medium and large format lenses require a less stringent figure. This is because a 5X enlargement from a 4X5″ negative is a lot larger, for example, than a 5X enlargement from 35mm. Therefore, the common use of laxerCOFnumbers. Keep in mind as well that viewing distance plays a part in this. We’re intimately dealing with the eye’s inherent ability to discern detail, and obviously the farther away we are when we view a print, the larger the acceptable COF can be. That’s why a billboard can look sharp from across the street even though the half-tone dots used in its printing would appear the size of golf balls if viewed up-close. (See my article Understanding Sharpness  for more on this topic).

On a personal note, unless I’m struggling with depth of field and simply can’t stop down far enough with a particularly lens to achieve enough depth of field for a particular shot, I always use the lens’ DOF setting forone stop smallerthan indicated. This ensures that even if I make a very large print, I’ll still have adequate DOF. In essence what I’m doing is doubling the effective COF.

So, to understand what’s in focus and what’s not, we will use this COF number, (.035mm)as a benchmark. Hold that thought.

With an understanding that COF is a human imposed parameter that varies according to the manufacturer’s whim and the vagaries of human perception we can now look at what is meant byDepth of Field. This is strictly an optical phenomena; and once a COF is applied no discretion is allowed.

Definition: “The area in front of and behind a focused subject in which the photographed image appears sharp”.

Now that we understand what Circle of Confusion means we can see that this definition of Depth of Field means that this is the range in front of and behind the subject focused on that will appear sharp within the limits of the applied COF. In other words, you can’t have a DOF number without a COF number, and the COF number is one decided on by you or the lens manufacturer, whomever you trust the most.

If you look at a DOF table, the DOF scale on a lens, or use a computer program to make the calculation, you’ll see that one of the laws of optics is that the DOF extends from 1/3rd in front of the point focused on, to 2/3rds behind it. In other words, you have twice as much DOF behind your point of focus than in front of it. 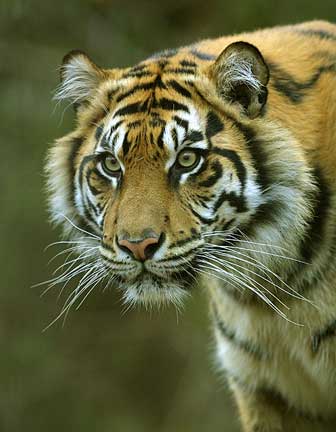 Definition: “The closest point of focus at a given aperture, at which infinity falls within the Depth of Field.”

For landscape photographers this is a critical number. This is the point at which you would focus the camera so that everything from that point out to Infinity is in focus. You should note that at the other end, the closest point that is in focus is at half the hyperfocal distance.

With the disappearance in recent years of depth of field scales from many 35mm camera lenses, photographers seem to have forgotten (or have never learned)how to use them for setting the hyperfocal distance when they are encountered. Here’s how.

If you focus so that the infinity symbol is aligned with the engraved DOF mark for the aperture you are using (the right hand one of the pair), you will be at the hyperfocal distance for that aperture. Also, the left hand aperture marker for the aperture that you are using shows the closest point that will be in focus.

These markers use, of course, the COF that the manufacturer has chosen. If you are going to be making big prints, or if you feel that the COF used is not enough, then feel free to use the next larger aperture. For example, if you are shooting at f/16, use the DOF markers on the lens for f/11 when setting the hyperfocal distance. 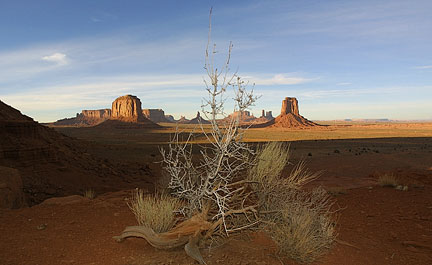 There is an excellent online application that can be found here, and another one here. While these are handy for helping to understand DOF while sitting at your computer it’s most important to be able to set this in the field. Unfortunately most modern AF lens have abandoned DOF and hyperfocal distance scales, and they’ve been long-gone from zoom lens. Most medium and large format lenses still have them, though unless one researches things carefully it isn’t always apparent how critical a COF the manufacturer is using.

If you own a PalmPDA or a Pocket PC there are a couple of programs that are must-haves. For the Palm there’s Focus+ and for the Pocket PC there’s DOF 1.0. Both of these links are to reviews of these programs to be found on this site, and from there there are links to download locations. 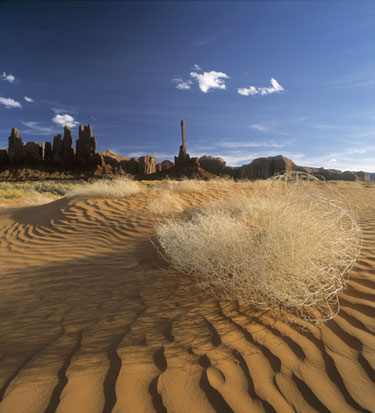 Digital Vs. Film, and What About Medium & Large Format

There was a query in October, 2001 on my Discussion Forum as to whether Depth of Field was calculated any differently for digital Vs. film. The answer is, no. There is no difference whosesoever. DOF doesn’t care about the recording media type or size, though a lower COF is used for medium and large format, since the amount of magnification to make a decent sized print is much less than for 35mm.

I was curious to see what COF different manufacturers used. Regrettably this is not a spec that many lens manufacturers provide. So, using a DOF program I checked the DOF scales of a few of the different manufacturer’s lenses that I have available and reverse engineered them. I found that Canon and Leica both use 30 L/MM, and my Schneider lenses on the Rollei 6008 use a figure of half that, 15 L/MM‚ which is reasonable since a 6X6cm frame if enlarged 5X would provide a roughly 12″ X 12″ print, about twice as large as the 5X7″ standard for 35mm. The Mamiya 7’s lenses also use 15 L/MM as do the Schneider lenses for the Hasselblad ArcBody.

The Fuji lenses on the Hasselblad XPanuse 30 L/MM. This makes sense because the XPan can be used as a normal 35mm camera, but when used in panoramic mode, the way most people use it, the extra COF means a much more stringent DOF calculation. A good thing in my books.

I was pleasantly surprised that the 105mm lens on my Fuji 617 also appears to use a COF of 15 L/MM. This negative size is essentially half of a 5X7″, so I expected it to be even lower than the medium format standard.

At the beginning of this tutorial I wrote, “Most people also believe that wide angle lenses have more depth of field than telephoto lenses (false).”Why is this such a common misconception?

It seems logical. Wide angle lenses appear to have more depth of field than long lenses, don’t they? Yes, they appear to but only when you don’t take subject size into account.

Imagine a person in a photograph holding a flower in front of them, and with a mountain range in the background. Now set up the shot so that the person’s head fills about half the frame. Take a series of shots with every lens in your arsenal, from a 14mm ultra wide to a 600mm ultra telephoto. As long as the head is the same size in each frame the Depth of Field will be the same. The flower and the mountains will be equally in focus or out of focus as you change lenses.

Though I don’t use a model with a flower and a mountain, here is a link to a page that demonstrates a small test that anyone can do themselves so that they can see the validity of my assertion.

A common complaint about digital cameras is that when using one it’s not possible to get nice out-of-focus backgrounds. Why therefore do digital cameras have greater Depth of Field? The reason for this is that the imaging chips on most consumer digitals is very small, around the size of ones smallest finger nail. This means that a normal lens for a format that small is as short as 15mm. A 15mm lens at f/5.6 has Depth Of Field from about 2.5 feet to infinity. Not too much opportunity for selective focus, is there?

This is one of the unspoken drawbacks of low-end digital cameras. Only expensive SLRs like the Nikon D1x, Canon 1D and their ilk have chips close to the size of a 35mm frame, and therefore offer enough DOF to allow creative control over out-of-focus backgrounds.