In the mid-1960’s when I started working professionally as a photographer I used 35mm as often as I could even though most editors preferred — and even insisted — on medium format.  For magazine covers I frequently needed to use 4X5" because some of the more reactionary editors considered even 6X6cm to be too small.

Fortunately, those days are gone.  Except among photographers!  This has lead to the format wars.  The debates rage on — 35mm Vs 6X6; 6X6 Vs. 6X7 Vs 4X5".   The net forums and mail-lists are filled not only with Nikon Vs Canon debates ad-nauseum, but also endless soul searching over which format isbetterthan the other.

Not here!  Here the argument has been settled. Get one of each!

Seriously, thatisthe solution.  Regrettably not everyone can do this, so here is my take on the problem.  If you can’t buy all three (35mm / medium format / large format), buy the largest format (physical size and weight) that you think you can comfortably schlep around.  Season the decision with whether you need very long or very wide lenses, motor drives etc, and to what extent film cost is an issue.

If you want to travel light, shoot quickly, have maximum versatility and save money on film, 35mm is the way to go.  If you work slowly and contemplatively then 4X5" will suit you.  Finally, medium format will likely provide the best solution if you need to balance all of the variables.  With the addition this year (’99) of full-featured 645 systems offering autofocus from bothContaxandMamiya, even those of us with less the perfect eye sight can have the best of both worlds. 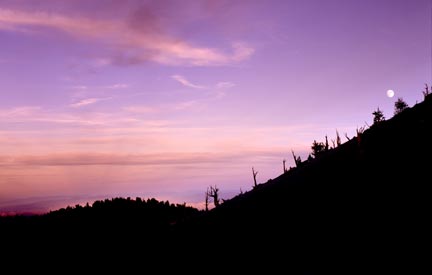 Why I Prefer Medium Format

I’m frequently asked by readers why I mostly work in medium format. Here is my current thinking.

If you look at myequipmentcommentary and review pages you’ll see that I have an extensiveCanon EOS35mm system. But, my preference for landscape work is always medium format, which I do with aRollei 6008system. I would rather do my type of landscape work with medium format‚any medium format camera ‚ rather than 35mm. Why? And, if so, why do I use 35mm at all, especially such an extensive system as the one I have?

The reason why I prefer medium format (in my case 6X6cm) is simply image quality. Whether working with an enlarger in a traditional darkroom (which I’ve done for more than 35 years) or using the latestdigital image processingequipment, the 3‚ 4 times larger transparency that one has to work with simply translates into a higher definition print. End of story.

Assuming impeccable technique and top-ranked lenses, the largest that I can make a print from 35mm that meets my quality objectives is about 11X14". Beyond this size the magnification factor is such that no matter how good you, your film and your equipment are image quality starts to deteriorate. Sure, with some subject matter a 16X20" is sometimes possible, particularly when there are bold shapes, not too much fine detail, and strong colours. Usually though, 11X14" is as good as it gets.

With top lenses and technique a 30X40" print from medium format is easily possible. 20X24"s are easy, and can be knock-outs in terms of grain and resolution. Unless you’ve seen quality images blown up this big (such as a high-res scan printed on aLightJet 5000printer, you won’t believe what’s possible.

Why Bother With 35mm?

The mistake many photographers make when they discover the advantages of medium format is that they sell their 35mm gear. Don’t do it! Hold off on getting thatMamiya,RolleiorHasselbladuntil you can afford it without selling yourNikonorCanonkit.

The reason I have an extensive 35mm system, and you should to, is for zooms, very wide lenses, very long lenses, very fast lenses, autofocus, fast motor drives, tilt/shift lenses and image stabilization lenses. Also for lower weight and bulk when hiking and similar situations, longer film rolls before reloading, and a host of other reasons.

As the saying goes;Horses for Courses. When you have both systems consider what you’re going to be shooting, and where. Wildlife‚ where fast long lenses with autofocus and high-speed motor drives are needed along with maximum mobility. Landscapes‚ where you’ll be working from a tripod trying to achieve optimum image quality above all else. The choices are obvious.

Think about what you shoot and how you shoot it. Think about what maximum image quality means for you and how best to achieve it. Above all, get out there and do photography and don’t get too hung up on equipment. 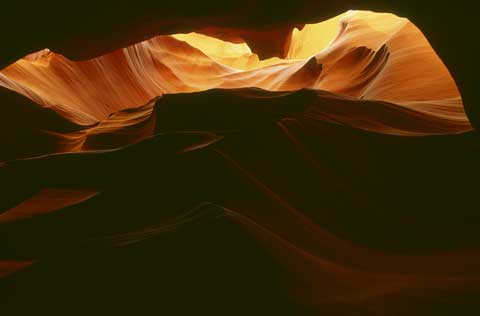 The Issue of Digital Image Processing

In the past the choice of format didn’t matter much when it came to choosing darkroom equipment‚ at least not until one got to 4X5" or larger. Most popular enlargers would easily handle from 35mm to 6X7 and the major expense was a second high quality enlarging lens and film carrier, if one wanted to do both small and medium format work.

If you’re shooting with medium format gear you likely care a great deal about image quality and have a considerable investment in cameras and especially lenses. Do yourself a favour; don’t settle for a flat-bed scanner‚ at least the ones under about $5,000. You’ll get better quality having Kodak CD-Pro scans made than by using a flat-bed, though drum scans are the preferable, albeit expensive solution.

The ideal, if you can afford it, is to have a drum scanner on your desktop. Failing that and assuming that you’re on friendly terms with your bank manager have a look at theImacon FlexTightseries of scanners. Expensive, but capable of extracting every ounce of image quality from your medium and large format transparencies.

Of course the cost escalator doesn’t stop there. High resolution medium and large format scans are big. This means having a lot of RAM and a fast processor. Don’t even think of working with 150-350 MB files unless you have more than 512 MB of RAM and a fast Pentium III or Mac G4.

Humm. That enlarger starts to sound appealing again, doesn’t it?  🙂

The Issue of Aspect Ratio

Although this looks like a wide-format panoramic photograph it was simply cropped this way from the full 35mm frame taken with a 400mm focal length.

When most people consider the issue of camera formats they approach it from the perspective of camera size, weight and operational issues.  But, the aspect ratio of the film format is a significant issue.

But, this means that most people who print their pictures to fit standard paper sizes must crop their images.  Why do so?  Indeed, why should the final image bear any relationship to the proportions of the filmorpaper format?  Convention and conformity, in my opinion. The next time that you visit an art gallery, (and if it’s been a while why not do so this week), have a look at the shapes of the canvases. You’ll see everything from squares, to rectangles to circles. So, don’t let the paper manufacturers make you feel that you need to make your images fit their paper.

My approach is to look at the scene in front of me and use the camera that best does the job.  This means using the format that comes closest to the way Iseethe raw image.   Of course I don’t always have a full range of cameras along, and I’ve therefore often printed panoramics from square originals, and square and rectangular prints from panoramic originals. Be flexible. Be creative. Don’t get stuck in a rut.

You may have noticed that virtually every photograph by me found on this site is captionedProvia 100.  The reason is simple.  The film is moderate in contrast, very fine-grained, and neutral and accurate in colour rendition.  From time-to-time I get restless and experiment with other films.  Velvia is a little over-the-top for my taste and Kodak’s new generation films are competent but offer no compelling reason to make me switch.  This spring (’99) I tried some Kodak Ektachrome VS on a trip toMonument Valley & Canyon de Chelly. Like Velvia, I found it too saturated for my tastes.

But, there is a new film which I switched to in late ’99;Provia 100 F.  Announced in the Spring of ’99 and made available in the late fall, this film offers significantly finer grain and sharpness than even Velvia, the previous champ, while maintaining the existing Provia 100 virtues.

The introduction of Provia 100F lead to an upset in the film-speed Vs. grain and resolution sweepstakes. ContributorJonathan Sachstests these contenders with an eye toward which is best for scanning and digital image processing.

While 95% of my shooting is with Provia 100F, with very long lenses and for wildlife work faster film is sometimes needed. With no reliable independent tests of current emulsions readily available, in January of 2000 I decided to do my own.Hereare the somewhat surprising results.

Prints want to be certain sizes.  Some images need to be printed small, while others want to be large. I know of no formula for this other than that the more detail contained in a photograph the larger is seems to want to be.

A good example of this are some of the grand landscapes ofAnsel Adams. Reproduced in a book one can admire the scene and the technique, though the emotional content is low. But, when you’ve stood in a gallery in front of a 36" or 42" wide print the majesty of the image will captivate you.