Colour enhancing filters are an expensive accessory and are primarily of interest to landscape photographers. In a previous article titledColour Enhancing Filters Vs. PhotoShopI explored the use of theLeebrand filter and how it compares to the enhancements that can be done with PhotoShop by itself.

I determined to my satisfaction that a colour enhancing filter is essentially redundant if you use digital image processing techniques. Simply put, whatever these filters can do can be done better in PhotoShop.

But, many photographers do not yet use digital image processing and for them it could be of interest to see how the three major brands of enhancing filters available,Lee,Sing-RayandTiffencompared.

Fortunately in mid-October ’99, on a shoot in theEastern Sierrawith photographerSteve Kossackwho owns the other two brands, I had the opportunity of comparing all three filters on location. 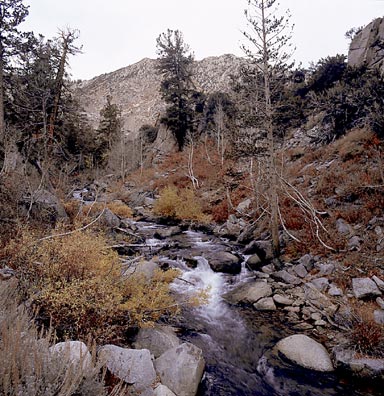 This frame was taken with a Rollei 6008 and 90mm f/4.0 Schneider APO Makro Symmar lens on Provia 100. The location was on Route 168 in the Eastern Sierra in October, 1999. As can be seen the light was bright overcast. I selected this scene because the light was soft, just the sort of situation in which you might image that this type of filter could be helpful.

When looking at the three frames on a lightbox, each one shot with a different brand of filter, what I saw were photographs that looked almost identical. Each had a strong magenta cast. If I were to reproduce them here they would look pretty much the way the uncorrected frame on the left near the top of the page doeshere.

So, what I decided to do was to correct each image so that the rocks were as neutral as possible, allowing the foliage at the yellow-red end of the spectrum to fall where it may. 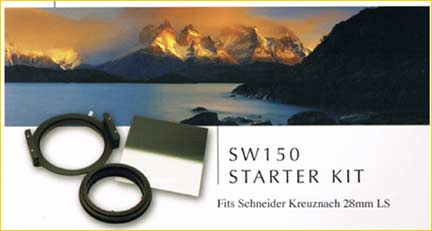 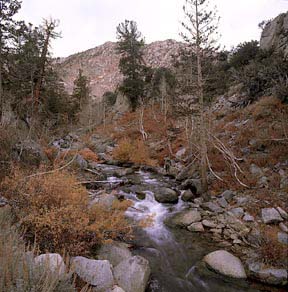 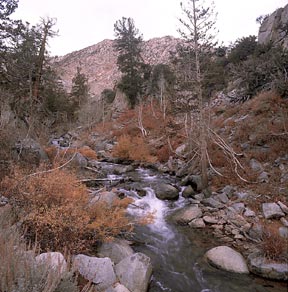 Interestingly, the Sing-Ray filter does somewhat live up to its reputation. Once corrected it shows the most pleasant foliage colouration. Now, some might say that this test proves nothing. That altering the colour balance defeats the purpose of the filters to begin with. Agreed. But, if one doesn’t correct for the strong magenta cast the filter is, in my opinion, next to useless.

Admittedly, I can imagine some cases with fall foliage where there is no neutral reference point and where the filter might be effective uncorrected. But in the majority of cases, whether working with traditional printing methods or digital ones, correcting for the magenta cast is virtually a necessity.

It’s been an interesting learning exercise. Also an expensive one, since the Lee Filter that I bought this fall was not inexpensive. The bottom line is that I now regard colour enhancing filters as unnecessary. Since I work with PhotoShop I find that I am able to create an almost infinite variety of colour enhancement effects if desired on an unfiltered original image.

If I were still doing traditional colour printing, as I did for 30 years before switching to digital image processing, I might be tempted to use one from time to time. But, removing the roughly 40CC magenta cast would be bothersome and sometimes quite difficult.