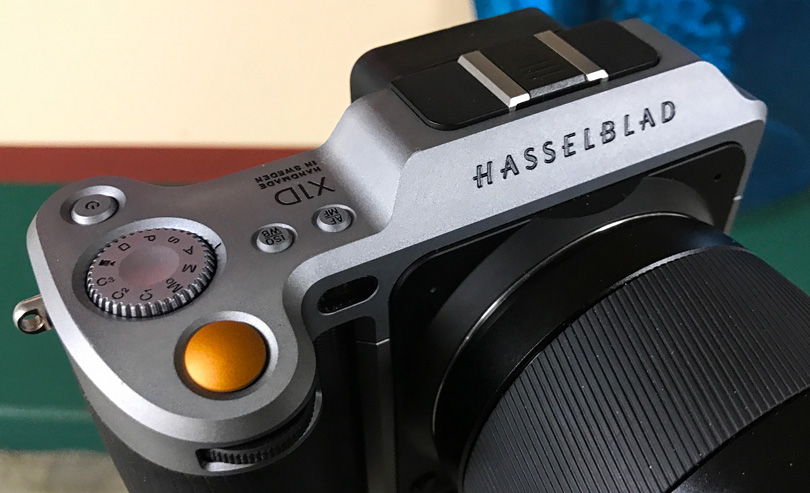 Hasselblad X1D – Where Is It? I was fortunate enough to be loaned a Hasselblad X1D before my Luminous-Landscape S. Georgia – Antarctica trip in late November.  Hasselblad loaded the camera with two lenses for the purpose of allowing me to try the camera out in Antarctica’s conditions and to start a shooting experience with it for an upcoming review.  Of course, they did this with some caveats, like the camera’s firmware was still not final and I may experience a few issues.  These were clearly spelled out though and had the promise of new firmware for the camera by the time I returned in early December.

On my return, I began the monumental task of catching up.  One thing about an Antarctica trip like what we did is it takes you completely off the grid.  No email, cell phone calls, and no internet.  So, the pile of emails in my inbox was huge.  I also spent a lot of time reading the Luminous-Landscape forum on the plane ride back to the states.  A topic that caught my eye was “The Hasselblad X1D Prepares To Deliver.”

I had communication before I left with Perry Osting, Hasselblad’s CEO, and was a bit surprised because I was under the belief that during our trip the camera would begin shipping to customers.  Last Friday I called Perry and had a talk with him about what was going on and what had happened.  There seemed to be a lot of speculation and miscommunication regarding delivery times and such.  Customers that pre-ordered were getting angry, and no one seemed to have answers.  So, Perry and Ove Bengtsson, Product Manager, spent some time on the phone with me and were forthcoming with what had happened.  Here’s what I learned:

In my interview with Perry in New York City in October at PhotoPlus, Perry talked about the X1D and camera orders and where things were at that time.  This starts at around 7:35 into the video.

We are now at December 12, 2016, and as of today, the Hasselblad X1D is shipping with final firmware to customers.  Why did it take so long?  Why was it so late?  How fast can they fill backorders?  This and more I’ll share below.

On June 22, 2016, Hasselblad announced the X1D.  They said they would start deliveries at the end of July for dealer demo units, followed in late August with customer orders.  That sounded real good, and the camera specs, design and the whole concept of a mirrorless medium format camera had the industry talking, and within ten days Hasselblad had received more orders than their entire forecast for the year.   This is where things started to get problematic.

Also, as the camera was being further developed and units were seeded out to the field to dealers and some photographers, they began to see that the firmware needed work.  So, Hasselblad had the problem of how to ramp up manufacturing, and how to fix issues in firmware so they wouldn’t deliver a camera that was buggy.  And, to complicate things even worse, there was the Kumamoto earthquake that severely hit many Japanese camera makers as well as the Sony chip plant.  Chip manufacturing was delayed for months, not only hurting Hasselblad but just about every camera maker out there, especially those using Sony sensors.  Add to this that Hasselblad now had to order a lot more sensors than originally was forecast.  Thus, the snowball effect began, where orders were coming in and nothing was going out.

In my discussion with Perry about this, he was very genuine and apologetic that they had let so many customers down.  He is very aware of Hasselblad’s history of this in the past, and when I first talked to him many months ago he had the best intentions of not repeating the mistakes of the past.  He certainly wishes to apologize to those that have ordered cameras and wants to reassure everyone that the team at Hasselblad is working very hard to get orders out the door.  He knows they should have been more transparent and wanted me to express this to those that read this.  They need to and will do a better job in the future.

As of today, Hasselblad is now shipping cameras with version 1 firmware.  This shipping firmware has some things added since the early firmware, and many people will enjoy these, like Auto-White Balance and especially the ability to select from 30 AF points.  Plus, I am told that many of the small bugs have been squashed.  Hasselblad will be updating the firmware on a regular basis, especially during the first year and based on customer feedback.

Hasselblad has thousands of orders to fulfill, and this will take awhile.  Throughout the balance of this year, they expect to ship hundreds of units on a weekly basis and increasing production each week.  They feel the majority of shipments will begin in January with higher quantities of product.  Based on their current production forecasts and sales orders they expect it will take them through March to deliver the orders they presently have.  Any orders being received today will start to be delivered in April.  The hope is they will be able to deliver new orders promptly by the end of April. The X1D Black Model 4116 will begin shipment later, and no date was given.

As a customer, you should be aware that as orders are shipped, they will be distributed to many different dealers worldwide, so each region and its dealers will be receiving small quantities.  It’s best to check with your dealer regarding a delivery date.

The X1D produces a DNG RAW and is compatible with Lightroom as well as Hasselblad’s Phocus software.

I have had several weeks to work with the X1D and now that I have the final firmware I will be doing some more work for an upcoming review.  There are little things that bug me about the X1D but overall it is one very nice camera.  The X1D feels very good in your hands, and the touch screen interface is brilliant.  The image quality is what you would expect from a 50 MP camera, excellent.  I’m looking forward to doing some more shooting this week and will soon have a review.

Throughout my conversation with Perry, I could tell he felt very bad for what has transpired and that he is aware that many customers purchased cameras based on the announced delivery dates for specific projects and that by doing so Hasselblad has let them down.  I’m sure if he could he would apologize to each customer individually.  He takes the delay and what has happened very personally.

Hasselblad will offer anyone who ordered an X1D in 2016 an extra six months of warranty as a way saying Thank You and We Are Sorry.

Now that deliveries have begun we’ll have to see if Hasselblad can keep up with deliveries.  It shouldn’t be long before we hear feedback on forums from photographers on their experience.

The Making of Ghana, An African Portrait Revisited

IN 1984 I was hired as a consultant to theFood and Agriculture Organizationof the United Nations. My job was to document a project in Ghana

This subject is featured in Issues #4 and #5 of The Luminous Landscape Video Journal. When photographers switch from the traditional chemical darkroom to PC-based