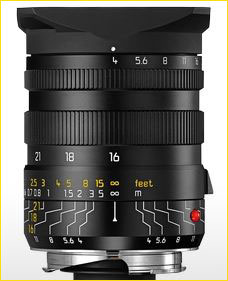 In 1998 Leica introduced theTri-Elmar (TE),offering 28, 35 and 50mm focal lengths in one lens. Though not a zoom lens, it was the first lens incorporating three separate focal lengths available for an M series Leica. I wrote about it at the time in myLeica M6review, and it became one of my favourite lenses for that or any system. Small, versatile and with image quality fully the equivalent of other Leica M glass.

At Photokina in September, 2006 Leica introduced a new Tri-Elmar, the 16-18-21mm, which from here-on I’ll call the WA-TE. Shortly after New Year, 2007, and just before I left for a shoot in Marrakech, the new WA-TE arrived from Leica for testing, and it quickly joined the also newZeiss 15mmin my carry-on bag.

Before reporting on how this WA-TE handled in the field, it’s worth looking a bit more closely at the lens’ design. 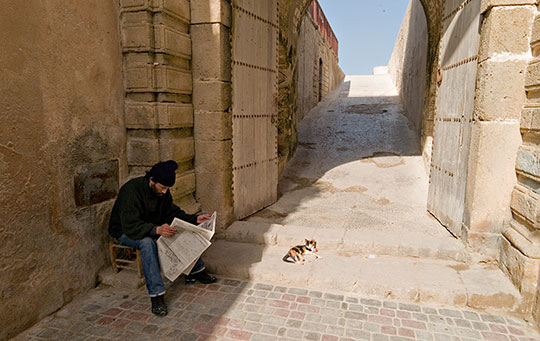 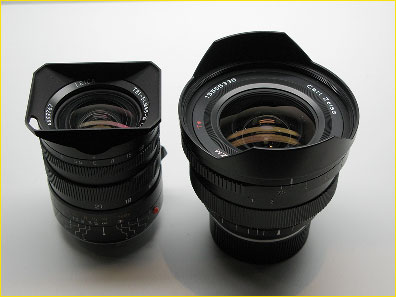 All things considered, the WA-TE is a relatively small lens; almost exactly the same size as the previous 28-35-50 Tri-Elmar. Since its widest focal length is 16mm I thought it worth comparison with the new Zeiss 15mm lens, which will have a similar call to Leica M8 owners looking for the widest possible coverage for their new cameras. (I took both with me on my shoot in Marrakech, as seen in myZeiss lens review).

Of course the Distagon is an f/2.8 lens, while the WA-TE is an f/4. This one stop accounts for a significant difference in bulk and weight, and may be a tipping factor (no pun intended) when some people come to decide between them. In terms of pricing, the Zeiss 15mm sells for $3,796 atB&H Photoas of early January, 2007, while the 16-18-21 Tri Elmar sells for $3,895 at the same store; a mere $99 difference.

One of the ways that Leica kept the lens small (in addition to limiting the maximum aperture to f/4) was to create a special lens hood / filter holder (# 14473/ $105 list price). As can be seen in the figure immediately below the front element protrudes past the front of the physical body of the lens – thus the bright red ring, which says,don’t put me face down on the table or you’re going to have made an expensive error. Since the supplied lens cap fits over the front of the provided special lens shade, there essentially is no reason to ever remove the shade. The red ring therefore remains invisible. 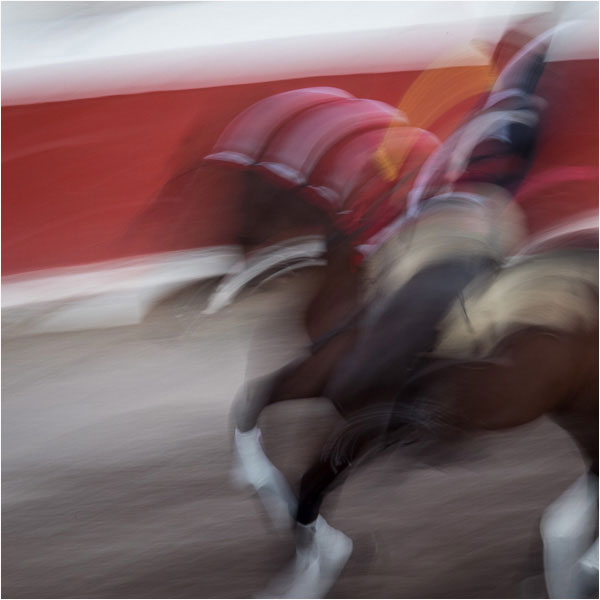 The focal length selector ring has a precision feel; one that’s actually better than that of the first Tri-Elmar. The reason for this appears to be because a less complicated link mechanism for the focus coupling and frame line selector is required in this design.

Optically, the lens uses two aspherical elements, and internal focusing using floating elements. Depth of field scales are engraved for each of the lens’ focal lengths, and the aperture ring and focusing mechanism have the unsurpassed Leica smoothness that traditionalists and lovers of finely made equipment will savour.

A Word About Finders

No Leica has a built-in viewfinder covering these wide focal lengths, so an external finder is required. There is a new special finder called theUniversal Wide Angle Finder M, designed for the WA-TE. It shows framing for all three focal lengths in both full-frame and the M8’s reduced frame coverage. In other words, 16/18/21/24/28mm. As this is being written, in the first half of January, 2007, though the lens is just becoming available, the finder isn’t. Though both were supposed to become available in late December there has been some sort of production delay with the finder. I saw it at Photokina in September, and frankly thought that it was a weird and ungainly looking device. 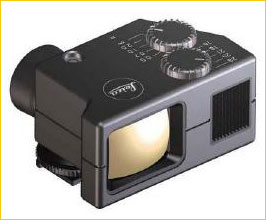 Fortunately Leica makes the excellentM Multi Finder 21/24/28mm, and for M8 users this is the solution of choice, matching exactly the actual focal length equivalents of the WA-TE when used on this camera. Film-based Leica owners will have to wait for the new finder to be able to use the lens though. 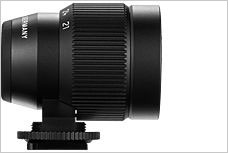 One word of caution. When using the 21/24/28 finer with the WA-TE; the numbers don’t match. The lens is marked 16-18-21, while the finder is marked 21-24-28. They match optically, but not numerically. I found I got used to it in less than an hour, and the fact that the numeric positions line up left to right helps, but it’s something to bear in mind. 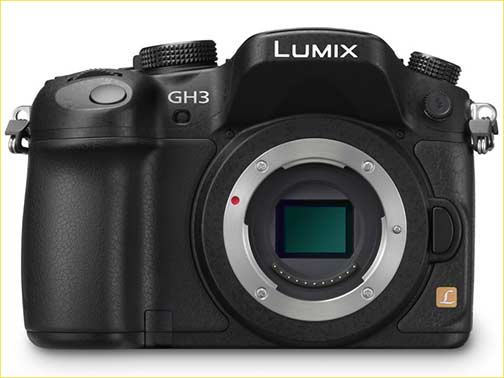 I was disappointed to note that no focal lengths showed up in the M8’s EXIF data. A bit of reflection shows that this is because of the lack of coupling with the M8’s frame-line selector. If it did, then combined with the 8 bit coding it could record the 24mm and 28mm (effective) positions, leaving only the 21mm position, which could then be inferred. The 28-35-50mm Tri-Elmar is able to record its selected focal length in the EXIF fields using this method, and so once again it’s surprising that Leica didn’t sweat the details and make this possible with the WA-TE as well. 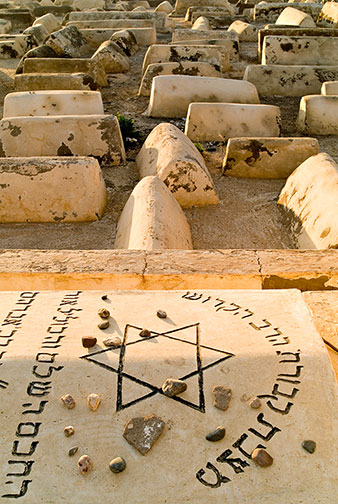 My early January, ’07shoot in Marrakechgave me an ideal opportunity to field test the WA-TE. Unfortunately, because Moroccans are so camera-phobic, I did less up-close-and-personal type people shooting than I would ordinarily have. Instead the original Tri-Elmar saw a great deal more use than the new WA one did.

One morning, before dawn, I headed to the mediaeval Jewish cemetery, which is still in use to this day. Arriving, and being allowed entrance by the gatekeeper just as the sun crested the horizon, I spent a fascinating hour walking among the gravestones, photographing, and contemplating the history of the Sephardi Jews who played such a central role in the life of North Africa after their expulsion from Spain in the late 1400’s.

These were the first shots I did with the WA-TE, and later that day, back at my hotel room reviewing the files in Lightroom on my laptop computer it was clear to me that this was going to be an exceptional lens. What I saw was an obvious resistance to flare and highlight veiling. This can be seen inTree and Grave Stones, seen below. I tested this by placing the sun as close to the edge of the tree as possible, and found it almost impossible to generate any flare.

My observations of other aspects of this lens’ performance are based on both on-screen examination of files at 100%, and also on large prints. In virtually every instance what I see is a combination of exceptional optical attributes. 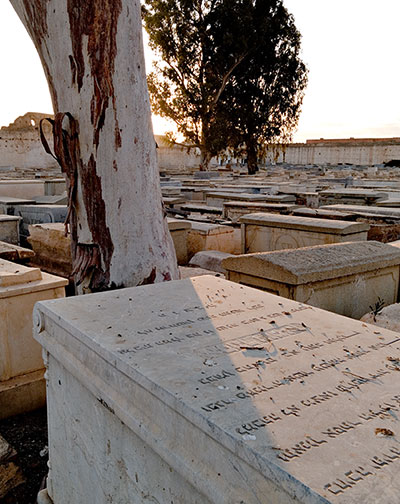 Though I made no formal tests of distortion, it appeared low on most instances and fairly easily fixed in Photoshop if it’s found to be problematic on a particular shot. Indeed DxO Optics pro would be quite handy with this lens if it were available for it.

When I returned home I did some testing with the WA-TE on a full-frameVoigtlander Bessa R2a.(Do you remember film?)After doing several scans and subsequent prints I am convinced that other than a somewhat more visible vignetting at wide apertures this lens performs admirably right out to the corners. Consequently film photographers will find this lens as attractive, of not more so, than will M8 owners. When used on the Leica M8, where the outer 1/3rd of the lens’ coverage is not utilized, the performance of the WA-TE is nothing sort of remarkable.

If you would like a comprehensive technical report on the WA-TE I can recommend optical expertErwin Puts’ review.

M8 owners are now faced with an abundance of choices when it comes to very wide coverage lenses. There’s the15mm Voigtlander f/4.5 Heliar, theZeiss 15mm f/2.8 Distagon, and now the16-18-21mm Tri-Elmarfrom Leica. Which one to choose?

When it comes to price, the Heliar is a no-brainer. If you can afford a Leica M8 then the Heliar is chump change, even including an accessory CV viewfinder. It’s small, light weight, and of high image quality. Its downsides are few – a bit more vignetting (especially if not 8 bit hand-coded), and the lack of rangefinder coupling.

The Zeiss Distagon is expensive; comparably priced to the Leica WA-TE. It offers an extra stop of aperture on the plus side of the equation, but on the negative side, like the Heliar, lacks rangefinder coupling. Image quality is superb, but its size and weight count against it.

To my mind the WA-TE, price aside, comes off as the winner in this category. Image quality is excellent; having three focal lengths in one adds versatility; and build quality is as good as it gets. It is rangefinder coupled, and 8 bit coded. What it gives up in aperture to the Distagon it makes up for in lower weight and smaller size. All of this makes the 16-18-21mm Tri-Elmar the Goldilocks of ultra-wide lenses for the Leica M8. For those not needing ultimate wide aperture lenses, in combination with the original Tri-Elmar this lens makes an unbeatable light weight travel duo, offering focal lengths on an M8 from 21 – 70mm equivalent in six steps. Pricey, to be sure. But very versatile.

Several people have written asking why I did not comment in the review above about the special filter holder needed with the WA-TE, and also any issues that might related to cyan drift when using a 486 filter, due to the extreme wide angle of coverage.

The simple answer is that at the time that I published the review I did not have either the filter holder, or an appropriate sized filter. I do now though, just prior to myAntarctic Expedition / Workshop. I’ll be bringing the M8 and the WA-TE (along with the regular Tri-Elmar) along on the trip, and hope to have a chance to do some further testing. My main system for this shoot will be a Hasselblad H2 with Phase One P45 back for landscape work, and a Canon 1Ds MKII for wildlife.

I’ll publish a further update on my experiences with the M8 in Antarctica upon my return.

I received an email recently from my friend Harold M. Merklinger to the effect that he and his associates from the LHSA were told at Photokina that the WA-TE, unlike the earlier Tri-Elmar, was a true zoom and could be used at any focal length, not just at the 16-18-21mm settings. This was easy enough to try out, and indeed this is the case. Very cool, especially when used with theUniversal Wide Angle Finder Mwhich also allows in between settings.

By: William Carter I.          IntroductionI recently decided to purchase a medium format digital system. The decision to “step up” was driven partially by client needs 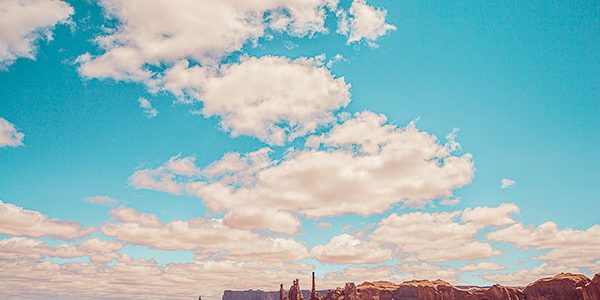 Why Photoshop is not Ruining Landscape Photography

In nearly all matters related to art, what is most important is your opinion, not the opinion of others who, because of the nature of