I am, first of all, not complaining about the state of digital cameras. It’s been fun — and dazzling — to watch the pace of progress in recent years. Sensors, software, printers — everything’s getting so much better it’s difficult to know what to be most grateful for.

Still, while acknowledging that my tastes and needs are not mainstream, I don’t have the digital camera I’d most like to own. It’s nothing terribly fancy — and not beyond the reach of current technology. Why doesn’t it exist? Is there no need for it, or is there a pent-up market niche awaiting liberation? I’d call it a “decisive moment digital,” or, in shorthand, DMD. Here’s the brief brief: 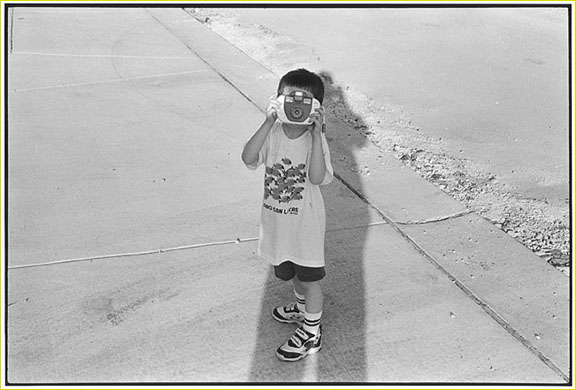 It would be a second camera, in the way that a two-seater sports car is a second car. It would be neither a do-everything camera nor a replacement for a DSLR, but rather acomplementto a DSLR.

At the risk of being lame, I’m going to spell out what I think a DMD should be. I know, everyone does this, and I’m quite sure it’s as much of a waste of time for me to do it as it is for anybody else.

The reason we all do it is the same reason there have been a nearly endless variety of camera types, shapes, and sizes since 1839: everybody thinks their ideas would make a better mousetrap. The dark side of this sunny impulse is summed up succinctly in a quote from my friend Kim Kirkpatrick, a longtime photographer who teaches at the Smithsonian Institution: “I hate cameras.” That is, there’s something wrong with everything, and there’s always something you’d change if you could have your own way.

On top of that, there’s what I call the ESS syndrome. ESS was a speaker company back when I was a kid that allegedly embarked on a grand scientific survey to determine what kind of sound most people really liked. ESS researchers devised preference tests and queried large numbers of test subjects; the project was trumpeted in a series of ads. But as it advanced, things got awfully quiet, and finally the project was abandoned. The problem, it turned out, was that the sound all those Everyman test subjects were remorselessly vectoring in on was the sound of a cheap car stereo, which is what the greatest number of said Everymen were the most familiar with already. The ESS syndrome, in short, is our tendency to like what we’re already comfortable with. I don’t think I’m immune from it. In fact, I’m sure I’m not.

So why bother? Well, for one thing, because I hope to have my voice heard. Each of us is a voice crying in the wilderness, a fading noise falling upon an impervious Universe. And for another, nobody else seems to want what I want in a digital camera, so maybe that means I should try to enlist a little support.

This would be a small, light, carry-anywhere digicam. I like the way you can use the LCD screen as a viewfinder with digicams. But it would have a DLSR-type, APS-C size sensor. We know this can be done because Sony’s now done it, with its spiffy new R1.

Henry Ford black. Or nondescript dark grey. About Zone III. With minimal lettering and numeral-ing. The better to sneak up on you with, my dear.

The camera I want to buy would be quiet. As in near-dead-quiet. Perhaps with just the faintest littletzip, audible only to the operator, to indicate that the image has been captured. But keep it down.

Now, size is a funny thing. People (okay, Americans especially) like extremes. So, on the one hand, we get the giant professional DSLRs that are about the size and weight of college dictionaries, and on the other hand we have tiny little jewels that fit in mint tins. Well, wrong and wrong. Size and weight should be figured on the Goldilocks principle, and be “just right.” And size and weight actuallyrelateto each other, as well as being independent ideals. Large cameras should be heavier to have the “right” heft, and vice versa.

I’ve paid close attention to the size and weight of the many cameras I’ve had my mitts on over the years, so I know what I prefer. The camera I want to buy would be small, but not too small: specifically, about 4 inches long by 3 inches high by 1 1/4 inches deep; and light, but not too light: say 14 ounces, including lens and battery. A rugged, solid body, built to take knocks.

But it wouldn’t be a rectangular box. It would have a large, deep handgrip on the right, and the lens could protrude as much as the handgrip does.

A big ol’ rechargeable li-ion batt in the handgrip, that lasts and lasts, would be the ticket.

Given a 1.5x magnification factor, a fixed 24mm ƒ/2. I don’t care if the lens retracts; I’d rather it not — but I’d like it to have a deeply recessed front element. The worst flare-causing light is radically-impinging sidelight, which is why short lens hoods generally work as well as longer ones (contrary to the common wisdom). A recessed  front element is as good as a hood in 90% of circumstances.

But that’s not quite all: bayonetting firmly to the base of the lens, two converter lenses: a .7x for wide angle, and a 2x for telephoto. Both optional purchases, not bundled with the camera.

What, no zoom? Nope. As you’re perceiving by now, this is a small, quiet carry-around camera, not your big do-everything box. Use your zoom on your DSLR, which you’ll also own if you’re a candidate buy the DMD.

A 6- to 8-MP sensor is plenty. FixerLab’s SizeFixer makes very nice prints on A3 paper with a nice border, and that’ll do. 6 MP is a swell compromise size for the tradeoff between image quality and file size. 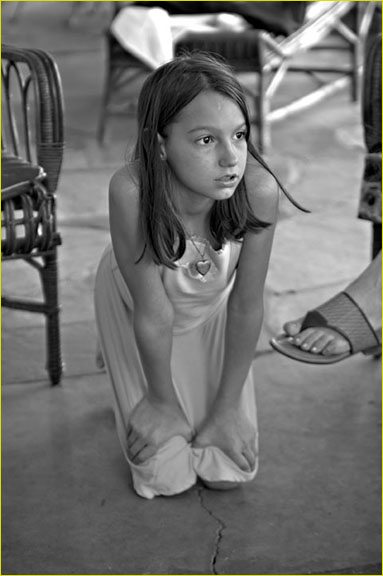 A simple, fixed, but large and clear through-and-through optical VF with two sets of fixed framelines—outer, near solid, for the unadorned lens, and a smaller, four-corners frameline inside it for the 2x converter. And the .7x converter? The VF’s entire field of view.

Are you ready for this? Native DNG + JPEG modeonly, and the JPEG a smallish one for web and thumbnail use. This ain’t your grandma’s snapshot cam (there are plenty of those on available already).

Just two: Anti-Shake (which rocks—er, whichdoesn‘t rock, but which works) and an LCD screen that flips up 90 degrees so it can be used as a waist-level finder. I like that. Increases stealth. Okay, the second of these two features isn’t necessary. But the first absolutely is.

Three to five shots in sequence is fine. Write times should be good but don’t have to be frantic; this would be a decisive-moment camera, not an every-moment-within-a-five-second-window camera.

Has to be—must be—razor sharp. As good as the best pro DSLRs. In fact, the feel of the shutter button and the responsiveness of the shutter should be carefully tweaked for just the right ergonomic and tactile quality.

Fast, but being positive in low light is more important. And there should absolutely be a shoot-priority override: that is, when you press the shutter button all the way, the camera makes a capture, regardless of whether it’s finished autofocusing or not. A DMD should absolutely never fail to take a picture when it’s told to, no matter what.

With a half-press of the shutter button. I’d also have a button under your right thumb that would disengage the AF with one push and re-engage it with a second push. You’d pre-set the focusing distance and then be free to shoot as many shots as you wish at that focus distance until you re-engaged the AF.

None. Just a sync connection, plus an optional L-bracket for a flash. Hot or cold shoe for external viewfinder.

Minimal. Just a fingerwheel for EV shift and an exposure compensation dial. Manual exposure setting would be possible, but from the menu.

Have I forgotten anything? E-mail me (mcjohnston at mac dot com) if I have. Oh, and please: old-fashioned strap lugs. I have my own preferences in camera straps, and those slots for directly threading the strap through make the strap attachment stiff, which allows it sometimes to get in the way.

So there you have it: a small, light, unobtrusive carry-around camera with great handling and world-class responsiveness, capable of being used in all manner of lighting conditions and yielding DSLR-quality results on the gallery wall. The 21st-century equivalent of Henri Cartier-Bresson’s stealthy street-shootin’ Leica.

Anybody want one? Or is it just me?

FacebookTweet Welcome all to the Luminous Landscape 2019 My father started this site from our family’s home office where his latest camera gear, printers, and