Medium Format Digital In The Field

In early October, 2003 I spent seven days shooting in seven National Parks in the Canadian Rockies and Montana.
That shoot is detailed ina separate article and portfoliowhich together with this technical report
provides some insights into working with medium format digital equipment in the field.

Thiswas the first major shoot that I have done using medium format digital. I’ve been shooting film professionally for the past 35 years — usually medium format for landscape and 35mm for wildlife and nature. But two years ago I began to use 35mm digital SLRs for an increasing amount of my work. Then, a year ago — in late 2002, I began to work completely with digital selling off almost all of my medium format and 35mm film equipment.

TheCanon 1Dsbecame my primary wildlife camera and was used successfully as well on a number of landscape shoots. But in the summer of 2003 I began to research the world ofmedium format digital. This lead to my acquisition of aContax 645camera system and a 16 MegapixelKodak DCS Pro Back. You can read all about this gear in the linked reviews found on this site.

While I worked with this system for a couple of months in late summer 2003 this trip to theCanadian Rockiesin early Fall became the first real shoot done with both the Contax and the Kodak back, and I learned a lot about how they each function in the field. This is the type of experience that no amount of casual shooting can emulate. Here then are some of the things that I learned about this specific gear and also about working with medium format digital on location. 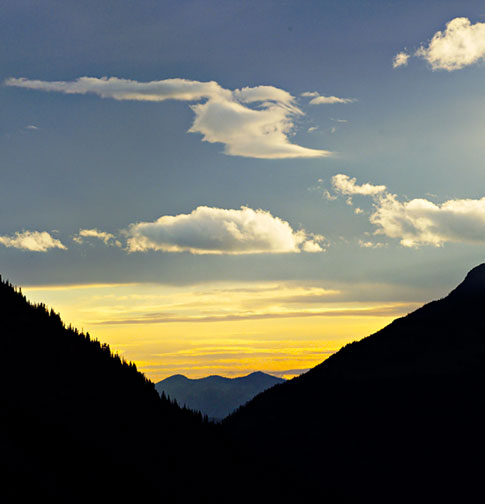 TheContax 645is as close to a perfect camera system as I’ve ever owned or used. Maybe because my experience as a photographer has spanned some 4 decades, from the introduction of automatic diaphragms, instant return mirrors and TTL metering to the digital revolution of the past 5 years, I am quite comfortable using a wide variety of equipment. But, as terrific as today’s molded polycarbonate, totally electronic digital wondercameras are, I love the feel of real aperture rings, rather than command dials, and a smooth manual focusing ring.

The Contax 645 has these in spades. Particularly when working on the edges of light, where working the controls quickly by "feel" is critical, this really camera comes into its own.

Is it actuallyperfect? No, of course not. The camera’s biggest failing is its high battery drain. Used without the MP-1 battery grip the camera uses 2CR batteries, which while small and light weight are also very expensive. With the MP-1 grip, which I regard as a necessity for anyone contemplating the purchase of a Contax 645, one can also use 4 AA batteries. These can be of any type, including rechargables.

I found that I was getting between 150 and 250 frames per set of four AA Alkaline batteries. The ambient temperature ranged from a low of about freezing to the mid-teens C, (mid 50’s F). I also didn’t use the autofocus very much, and since I was shooting with a digital back instead of film there was no drain from film winding.

When bought in bulk, good quality AA batteries cost about 25-30 cents each, so the cost isn’t prohibitive, but the use of rechargables is advised. Just be sure to have at least two or three sets along on an intensive shoot. This camera eats batteries.

What I did find was that when working in the cold even relatively fresh batteries would drain quickly, and I would fail to notice the low battery warning in the viewfinder. The first thing I’d know would be that the camera would start making clicking noises instead of firing the shutter. I didn’t know what this meant and thought that I was experiencing dirty lens / camera contacts. It simply turned out to be low batteries though. I found this to be most noticeable when I was using the 1.4X Mutar (telextender) even though I wasn’t using autofocus. Strange. Upon returning to the office I placed an order for theContax P-8battery compartment that allows one to carry the batteries in an inside pocket where they can be kept warm, and be connected to the camera via a cable.

I am a firm believer in using mirror lock-up for critical work, even when using wide and normal lenses. I was pleased to note that in addition to the Contax’s separate mirror lock-up button, if the 2 second self-timer is used the mirror locks up when the shutter is first pressed and then the shutter is released 2 seconds later. This is a great alternative to the use of a cable release, and is a feature that all camera makers should adopt.

Speaking of cable releases — I discovered a problem when using theLA-50electric release cable. If the cable is attached and the camera goes into "sleep" mode, pressing the body’s shutter release button will not turn the camera back on. One has to turn the power off and then on again with the main power switch for the shutter release to work. The cable release itself does this properly though. 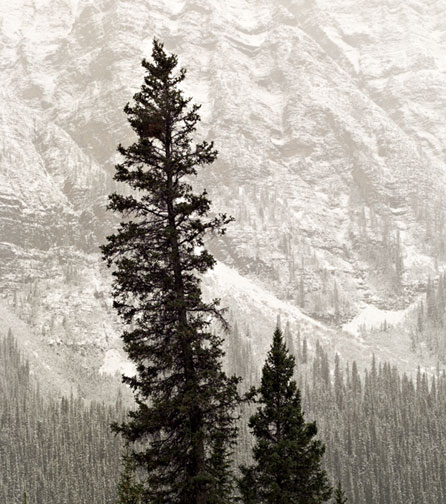 TheKodak DCS Pro Backproduces some of the most technically amazing images that I’ve ever produced. When used at ISO 100 they are as clean and noise free as those from any digital system I’ve ever tested, including theCanon 1Ds. Compared to film — well, there’s no comparison. Even the finest grained films are coarsely textured when compared to a high-end digital imaging system such as this.

As far as resolution goes, because of its large imaging chip and lack of antialiasing filter the level of detail produced is limited only by the camera’s lenses, and with the Contax this means Zeiss — which are about as good as it gets. In a word — this combination produces images superior to any that I’ve ever produced from a medium format film-based system.

But what Kodak giveth, Kodak taketh away. This is a frustrating device to use, for a variety of reasons. It’s biggest failing compared to a DSLR is that there is no separate screen to display operational information. With any DSLR one has a separate monochrome LCD screen to show frames shot or frames remaining, battery condition, ISO selected, and a range of other shooting parameters. On the Kodak back (and all medium format backs for that matter), the colour LCD screen does double duty — showing this information if desiredorimages shot. But not both simultaneously! More importantly, the information isn’t available unless one specifically requests it by pressing the Menu button and selecting the appropriate screen(s), whereas with a DSLR there is a constantly available display of requisite information. More on this in the section below on how the camera and back function together.

Battery life worked out to about 100 frames, and the three batteries that I own between them would last all day. But, because there is no permanently on display screen showing frames shot and battery condition information I would occasionally find that a frame wouldn’t fire, and not immediately know why. Apparently the back would display "Card Full" for a few seconds, but if I was looking through the viewfinder rather than having the back’s LCD screen in view, this wasn’t apparent. Which brings us to the flashing "E". 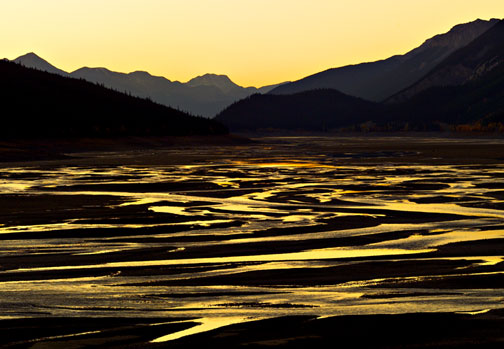 The Combination in Use

Shooting some 1,200 frames during the week, the camera was in-hand almost every moment that I wasn’t driving or sleeping. (We did a lot of the former and little of the latter). This lead to a level of familiarity that’s hard to achieve though simple testing or casual usage. What I became familiar with more than anything else was the flashing "E" in the camera’s viewfinder. When it’s there the camera won’t shoot, and on a number of occasions it took me a while to figure out why.

The cause of the confusion and frustration is that the camera / back combo communicate with each other, but not all that well. When everything is working fine they get along OK. When there’s a problem though, all that’s often known is that a problem exists, but not obviously where. At the heart of the problem is that there are two separate battery systems — the camera’s and the back’s. When the dreaded "E" is shown in the viewfinder one has to sleuth out where the problem lies because no additional information is given. Is the camera battery low? Is the CF card full? Is the back’s battery dead? Or, is there something else wrong? Because of the lack of a separate always-on LCD for digital back functions, and the multiple battery sources, this can be a source of frustration until one learns what to check, and when.

Finally, at just 50 frames to a 1 Gigabyte card, on an intensive shoot like this one it’s easy to run out of card space. Though I had three cards 1GB with me I still would transfer the morning’s frames to a laptop computer at lunchtime each day, just to be sure of not running out of space. Next trip I’ll bring more and possibly larger cards.

The bottom line? Even though there are some operational frustrations with the Contax / Kodak combo, I found that I was able to produce images of exceptional technical quality with these tools — the best yet that I’ve ever used. 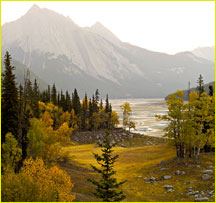 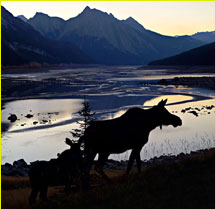 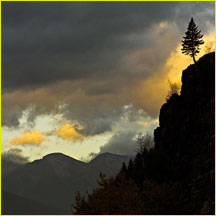 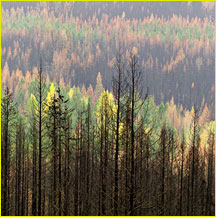 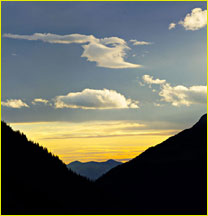 Here is an opportunity for you to see first-hand what state-of-the-art medium format digital images look like. There’s nothing like holding a high quality beautifully made original print in your hand for evaluating quality, and then having the pleasure of living with it hanging on the wall at home or in the office.

Each of the five featured photographs on these pages are being offered for sale for a limited time at a special low price of U.S. $125 — or all five for $500. Prints are made using an Epson 2200 printer using Ultrachrome pigment inks on 13X19" Enhanced Matte paper. Each print will be signed and dated. Prints will be shipped within the U.S. and Canada via Expedited Mail, and internationally by First Class Parcel Post.

To order simplysend me an e-mailletting me know which prints you are ordering. I will print them for you right away and will place them in the mail the day that your check arrives. Please mail your check for the appropriate amount, made payable toThe Luminous Landscape Inc. to…

If you live outside of Canada please make sure that you place sufficient postage on your letter. If you live in Ontario, please included appropriate PST and GST, and in the rest of Canada, GST only. Sorry, no credit cards can be accepted at this special price.Be sure to include the numbers of the prints being ordered, and your name and mailing address along with your check!

Some Impressions From Beta-Testing The Leica M (240)

The DNG Profile Editor and Lightroom 2.0First – Some DefinitionsThis is going to take a bit of explaining, but bear with me. Some of this