It’s very likely that when readers of Luminous Landscape have considered earning revenue from their pictures, placing them with a stock agency would seem a very lucrative method of earning additional income. Today’s stock picture market is however, undergoing dramatic changes and so this may be a timely moment to write about the changing patterns of the stock photography industry and highlight some of the newer models that have appeared; especially the Micro Payment Agency. 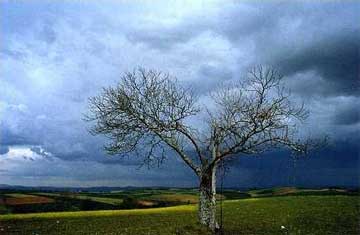 Stock photography has been around for some sixty years, during which time it’s progressed from an easy source of additional income from left-over assignment photographs, to a major influence in the development of photographic styles for both advertising and publishing. The original business, which started shortly after WW2, led a fairly predictable existence and experienced few changes until the1980’s when the introduction of the stock catalogue occurred as a practical method to exhibit the best photographs that agencies had to offer. At that time, all pictures were Rights Managed (RM) i.e. sold for a specific usage and they often made large sums for their creators through a 50% royalty on multiple global sales. Some 15 years later a new method of selling pictures appeared, the Royalty Free (RF) concept, in which individual or CD’s of images were sold for a single fee and could be used as often and however the purchaser wished.

Up to the point that RF was introduced, stock agencies were often managed by photographers-turned-businessmen, often called the Ma and Pop agencies! It was probably coincidental that at the same time, the industry caught the eye of Mark Getty (one of the Getty Oil family) who saw an ideal opportunity to use his business skills. Along with fellow merchant banker, Jonathan Klein, they purchased the Tony Stone Agency, a leading supplier of images for advertising in the UK.

It was the first acquisition of the many that followed and started the consolidation of the industry during which the many large and medium sized agencies were assimilated into the few large corporations of today. Other players in the buyout game are Bill Gates, who has taken over a number of agencies through Corbis, and more recently Alan Meckler of Jupiter Media, who has become a very astute player in the global stock industry.

It is unlikely though that the media giants would have reached the dizzy heights of success without the most far-reaching change of all. The Internet. Virtually overnight it replaced the catalogue and allowed the multi-national conglomerates to reach their global market. Incidentally, you might assume that the Internet and Globalisation would have grown the industry in financial terms. But it appears that the current global stock business is estimated to have an annual turnover of about two billion dollars, which is much the same as in 1990 which has led some observers to estimate that had RF not been introduced, the value of the business today would have been nearer six billion dollars.

Meanwhile the stock image industry continues to throw up new models, the latest of which is the micro payment agency, the main reason for this essay. New is good – right? Well maybe. These agencies are already operational and it’s my fear that this model could, in the long term, prove to be detrimental to both photography and photographers.

The new agencies operate on the basis of offering very cheap photography, charging just three or four dollars per image sold, with photographers earning an average of between one and two dollars. For their share of the revenue, the agency offers a shop window for photography and a website with downloads facilities for their clients. Their slogan is that it makes stock photography "affordable to everyone". Undoubtedly it does, but there are winners and losers in this scenario and the most obvious winner is the agency.

Using a "stack ’em high, sell ’em cheap" approach, they make lots of individual dollars that soon add up to large profits. The type of profits that quickly caught the eye of Getty Images, who have just bought a micro payment agency called iStockphoto. Ostensibly it’s to increase their market coverage, but Chris Ferrone, previous president of PACA, now writing and running an online magazine called "About an Image" made an interesting comment in one of his editorials…

"For Getty, entry into the micro-stock business presents the risk of cannibalization of its higher price business by its lower priced business as this new product attracts customers away from its mature product. Getty reports that 80% of its revenue comes from licensing its Creative imagery; about 43% from RM licensing and 37% from RF licensing. iStockphoto, which provides low-priced RF imagery, puts that 37% most at risk."

It was the new multinational agencies that embraced the Royalty Free concept 15 years ago, and they must be quietly kicking themselves when they consider what the stock market could have been worth if they’d quietly buried the concept. If one questions whether they learn from their mistakes, the conclusion would probably be no!

The second group of winners are of course the people who buy the photographs from the micro payment agencies and they’re not all members of the public looking for a cheap décor print. Major advertising agencies and designers are only too well aware of what it costs to pay a professional photographer and/or traditional stock agency and they are delighted with an opportunity to buy photography for next to nothing; as presumably are their clients, large companies who must be rubbing their hands with glee at the thought of even higher profits by cutting out the established RM agencies and commercial photographers.

And the losers: the photographers of course. Just consider how much it costs to produce good photography. These agencies generally only accept 50 MB tif files so the equipment has to be good. An average DSLR kit, computer and software cost close to $10,000 and for released pictures, there are possibly model fees to be paid. Then there are the unseen costs, a car to get to the location with increased running and servicing costs. Then there’s the time spent taking the photographs and processing them ? the old adage is true ? time is money! It all adds up to quite a sum of cash that ought to reflected by picture sales. 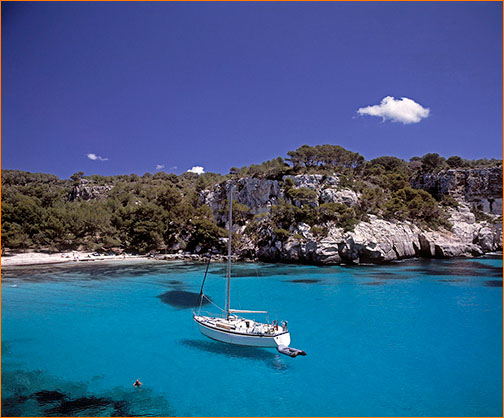 But when a micro payment agency is selling the pictures, it would take an average of 50 sales to make just $100.00 which means a long time before even breaking even. The facts ought to speak for themselves, but judging by the way that these agencies are growing, some photographers are over keen to see their pictures in print, are not thinking straight, or they’re ignoring reality.

Is there an alternative, well there’s quite a few without selling your hard earned pictures for a pittance through Micro payment agencies and I’ll cover some of the alternative possibilities at another time. But before I finish this essay, I should perhaps bring your attention to another equally important loser. The art of photography…

Since the invention of photography, many practitioners have struggled to have the medium accepted and valued as art. Have the efforts of artists like Adams, Steigletz and Weston been in vain? Their hard work along with countless other photographers has helped to raise the status of photography in the eyes of the picture buying public. Selling images at a ridiculously cheap price is going to bring it right back down again; it can only foster the perception of the medium as something cheap, something trashy, something disposable and something without value.

In conclusion, photographers must be aware that good photography has intrinsic value and sales should reflect among other things:

The skill, creativity and effort that went into capturing the photograph.
The value of the equipment
And it’s undoubted status as art…

It maybe that I?m too late, the business model has been created and it?s now a case of put up or shut up. Perhaps a few photographers are earning substantial amounts through the Micro Payment Agencies, but not perhaps without cost to the photographic industry and if those involved in photography begin to think about it and weigh up the facts before committing themselves then so much the better. New is not necessarily better.

These images illustrate how, if the weather’s good, it pays to keep a camera with you. Both of them were chance encounters – one an obvious stock shot, the other less so.

The picture of the oak tree was taken when I was out walking with my two boys. I saw the tree, climbed over a fence and took the picture before the kids appeared in the shot. Since then it has sold 42 times making approximately $10.000 of which about 40% came to me. If it had been sold through a Micro Payment Agency it would probably have made a shade under $100.00

The picture of the boat was shot while on a family holiday in Menorca. We had been told about a really nice beach and managed to find our way down to it after several false leads. Even without the boat it was magnificent, beach bar, white sand and the family loved it. Of course the boat made it, and I just strolled along a path to one side and took a few snaps. 20 sales later the picture has turned over $5,000 with 40% to me. Equivalent Micro Payment Agency Commission, $80.00.

George Munday graduated from the Birmingham (England) School of Photography in 1975. After leaving college he became a photo – journalist for four years, before moving to Ireland to become a business partner in an advertising and commercial studio, later becoming a stock photography agency.

Last year he set up Copper Coast Workshops which offers residential, weekend workshops for digital photograpers. Apart from the workshops, he supplies stock photography to various stock agencies, writes and photographs features about Ireland and Irish Gardens, and will soon be teaching photography in the local college. He’s always happy to talk endlessly about photography and give participants at the workshops advice about shooting stock, shooting commercially and any other aspects of photography that he has garnered during his 30 years as a photographer.

Unveiled for the first time at the Photokina 2008 trade show in Germany, Leica is pleased to announce the first shipments of the S2 will