Here we are again, for better or worse. When I published mySony NEX-7 Rolling ReviewI wrote a section in which Icompared the NEX-7 to the M9in terms of resolution, andonly resolution. Since I own both (or at least I will when my own NEX-7 arrives, and I return the test sample) I was curious to see how the sensors compared in terms of resolution.

My methodology upset some people, because I used the same lens on both cameras, and ressed the NEX-7’s 24 Megapixel files down to the 18 MP of the M9, simultaneously cropping the M9 frame to the same field of view as the NEX-7. Needless to say, this twisted a few panties. I found the test to be meaningful, and so did a number of knowledgeable folks in the industry that I ran it by, but some people didn’t get it, and some strongly disagreed with it. Fair enough.

I understand the counter-arguments, and after some lengthy debate on this site’s forums (where everyone was very civil), we’ve moved on. But, several people wrote and asked if I could redo the experiment and make it more “real-world“. Instead of using the same lens (because one camera is full frame and the other is APS-C with a 1.5X crop factor), how about using a similar but different lens that matched field of view?

So that’s what this simple test intends on doing. I used aLeica 50mm f/1.4 Summilux ASPHon the  Leica M9 and a35mm f/1.4 Summilux ASPH on the NEX-7, using a Novoflex adaptor. Both lenses were set at an optimum aperture of f/5.6 and focus was done carefully on a church spire about 0.5Km away. 14X magnification was used on the Sony and an eyepiece magnifier as well as focus bracketing on the Leica. ISO was set to 100 on the Sony and 160 on the Leica (each camera’s lowest ISO). The variable was shutter speed. A heavy tripod and head as well as self timer was used in both cases.

One other difference from the last test – I decided that since what people were asking for was a “real world” comparison, then that’s the way I would treat the files. Both files were loaded into the latest Lightroom and processed using my normal technique, and that includes sharpening.You wanted “real world”, you got real world. At least, my real world.

Incidentally, the reason for the low frame count on the M9 is that I updated the firmware recently, which reset the counter to 0. 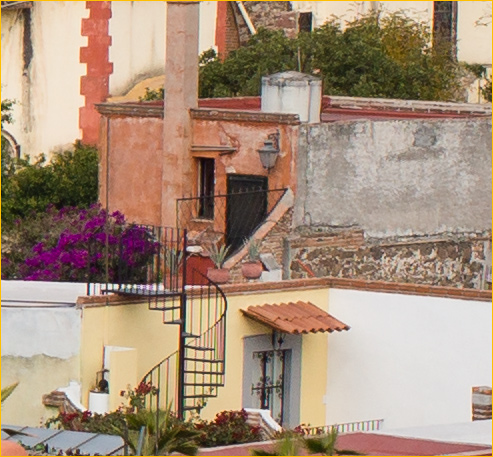 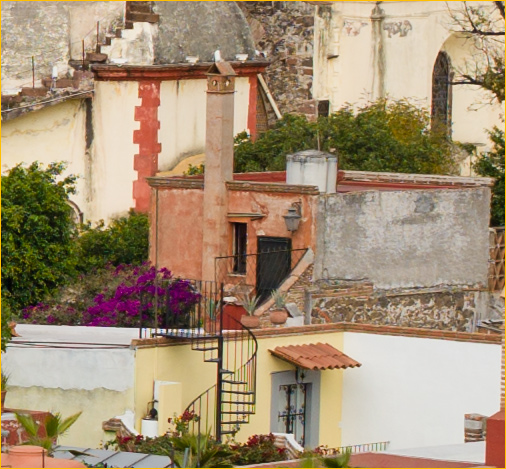 What we see above reflects the fact that when cropped to the same size at 100% magnification the image from the Sony (24MP) is larger than the image from the Leica (18 MP) even when the field of view is the same. The M9 image looks a bit sharper to my eye, but then it is smaller. But what about when they are of matched size?

Before we look at another interpretation, please note that there is colour moire visible on the railing of the spiral staircase on both cameras. Since both cameras show very similar moire, and the Leica does not have an AA filter, it may well be that the one on the NEX-7 is either very weak, or maybe even not there at all. Sony isn’t saying.

Resampling the NEX-7 to 18MP 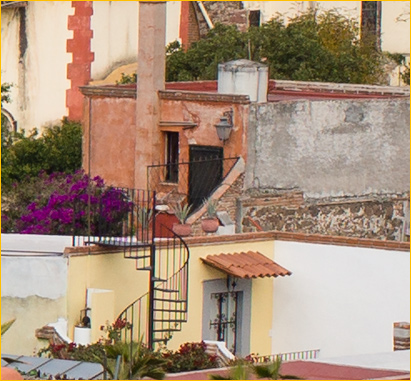 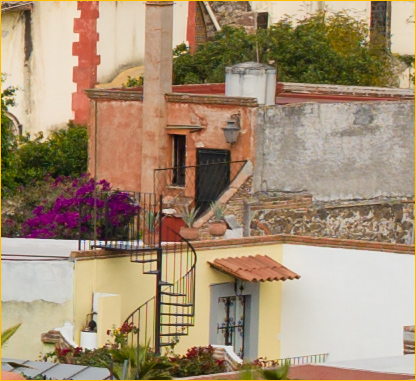 Above we have the NEX-7’s 24 MP file resampled downward so that it matches the size of the 18 MP Leica M9. Straight Bicubic was used so as to avoid any behind the scenes sharpening that Bicubic Sharper would have used.

To my eye, in these samples, as well as in 13X19″ matched prints, what I see is essentially the same as what I saw inmy previous comparison. The cameras are very close, but there is a slight advantage to the Sony, almost certainly due to it having a higher resolution sensor. The most important take-away from this though is how remarkably good images from the M9 are, even when competing with a higher resolution sensor.

And finally, in answer to those that suggested that I should have ressed the Leica file up instead of the Sony file down, the answer is NO, that’s not a good idea. Ressing up invents pixels that are not there. Ressing down is much less destructive, and better simulates how each will appear in a matched print. 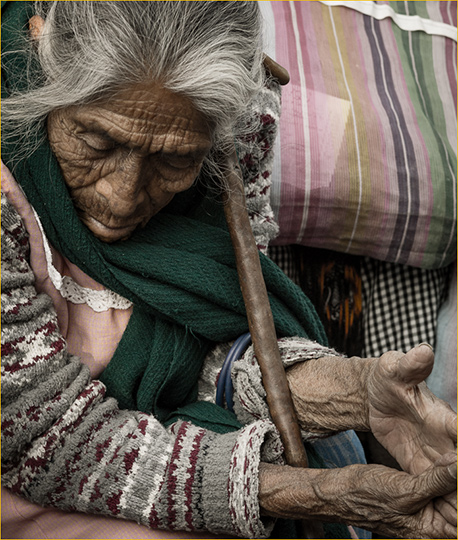 Please note that this image has been heavily cropped and also
desaturated and colorized. It is intended to prove nothing, other
that that all of this nonsense is simply in pursuit of better images.