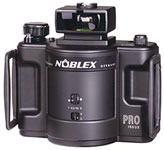 It all started about 5 years ago with aNoblex 135u, which, when it accidentally fell and was destroyed, ended up being replaced first with theFuji 617and then later on with theXPan. TheXPanhas become one of my favourite camera systems and has largely replaced theFujifor most applications. While I loved theFuji’slarge image size, with its fixed 105mm lens it really wasn’t wide enough, and it also wasn’t an easy camera to travel with because of its size.

TheXPanwith its 30mm lens is usually wide enough but I missed 120 size film. I decided to replace theFuji 617with theNoblex 150UXbecause it offered the extremely high image quality available from 120 film along with a 2:1 aspect ratio and 138 degrees of horizontal coverage — far in excess of anything else in my arsenal.

How Wide Is It?

The photograph above, while not great art, shows the coverage of theNoblex. By way of comparison the image directly below was taken at the same time with aCanon 20mmlens, a focal length that most people consider to be pretty wide. Need I say more? 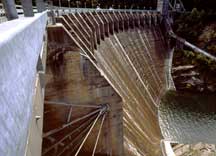 The Noblex 150UX is a rotating slit panoramic camera. It uses a 50mm f/4.5 lens and covers a horizontal picture angle of 135 degrees. It utilizes 120 roll film and creates a frame that is 6X12cm in dimension.

It has a top-mounted viewfinder that shows the full field of view. It contains an indicator at the top showing the coverage when the lens is shifted 5mm upwards and also has two bubble levels, one showing left to right tilt that is visible in the viewfinder itself and the other on the right hand side of the viewfinder showing forward and back tilt.

The viewfinder is removable. This is an important feature since it allows you to carryjustthe viewfinder in a pocket or pouch and use it to judge framing, without having to carry a bulky camera along.

This is not a camera for everyday use. In fact, it’s not a camera which is applicable to that many shooting situations because it can simply be too wide. But, when it is needed nothing else can touch it in terms of angular coverage without wide-angle perspective distortion.

The camera is heavy but well balanced.Film loadingis simple and straightforward. Film winding is manual by knob — no rapid wind lever, and setting the aperture can be fiddly because the control is recessed behind the lens cover. Similarly the 3 fixed-position focusing adjustment and lens shift adjustment wheels are also a job for ones fingernails.

There is amulti-exposurerelease lever and apower switchon top. The is also a power light which shows green when the camera is set to one of the normal shutter speeds and red when a slow shutter speed necessitating the use of the motor is engaged.

The camera is powered by 4 AA cells which fit neatly into two compartments on the back of the camera. Since the camera is completely inoperable without battery power be sure to carry a set of spares at all times.

Finally, this is a zonefocuscamera. In other words, while the lens focuses there is no rangefinder and therefore focus point can not be set visually. Instead there is a 3 position knurled knob on the lens, with settings forInfinity,Medium andNear. There is fortunately a depth-of-field table engraved on the back of the camera so achieving the correct setting is simply a matter of estimating the main subject’s distance.

It’s worth realizing that while the camera’s coverage is extremely wide thelensis only a moderate wide-angle in terms of covering the film format. Ultra-wide coverage is due to its scanning design, not the lens used. Consequently one needs to bear in mind that depth-of-field is that of any 50mm lens, irrespective of the wide coverage provided.

Finally, it should go without saying that because of the long exposure durations caused by the rotating slit, and a tendency to exhibit angular distortion unless the camera isabsolutelylevel on both axis, this is not a camera which can be hand-held and still produce quality results.

Because this is a rotating slit camera the time it takes to expose a frame is not the same as the exposure time. For example, a 1/250th second exposure takes a full half-second for the drum to make its two full rotations, (one to get the motor up to speed and the other to actually expose the film). Similarly a 1/15th second exposure takes 5 full seconds, and a 2 second exposure almost 3 minutes! Longer exposures can also be made by flipping the multi-exposure switch. Since a cumulative 8 second exposure would actually take more than 10 minutes of actual shooting time this isn’t something that you would do too often.

This frame illustrates two potential problems. The first is to avoid shooting directly into the sun if there’s any chance of flare — as there is in this image. The reason for the right side showing flare and the left side not is that the lens is recessed. As it rotates through a scene with strong flare part of the frame will show it, and part won’t.

The other problem is allowing your fingers to be caught in the corner of the frame. Even when shooting on a tripod I have found (as shown above) that I am tempted to leave my hand resting on the camera, and unless ones fingers are well behind the lens guard they’ll be immortalized on film.

While there are filters available, primarily B&W and ND, specialized filters such as polarizers and split neutral density filters can’t be used. Also be aware that as with any moving slit design photographing moving objects is problematic.

The wordpanoramicis widely used in photography, and also widely misunderstood. There really are two issues to consider when doing panoramic photography. One is angle of coverage and the other is image format.

TheHasselblad XPanandFuji 617are examples of cameras that produce wide format images with an aspect ratio of just under 3:1 (width to height). Just because these are wide format images it doesn’t make them panoramic in the wide-coverage sense though. The 90mm lens on the XPan and the 300mm lens on theFuji 617both give "normal" perspective with these cameras. In other words one needs to think of these as cameras which shoot film of roughly double their true size. In other words theXPanreally is half a 6X7cm camera and the Fuji is half a 5" X 7" camera.

Of course when a wide-angle lens, such as the 30mm on the XPan and the 90mm on the Fuji are used, then one gets both wide format and wide angle coverage.

TheNoblexon the other hand is a true panoramic camera offering a 2:1 aspect ratio and 135 degrees of angular coverage.

Price and Where to Buy

Noblex cameras vary dramatically in price depending on where in the world one buys them. A quick check of ads inShutterbugor various on-line dealers will show you what major U.S. and Canadian retailers charge. Now checkRobert White, a highly reputable mail-order and online dealer located in the UK.

I’ll leave it to you to do the detailed research and the math. Let it be enough to say that I bought mine from Robert because it saved me about 50%, in this case roughly the price of a First Class roundtrip airline ticket to England from the U.S.! Who knows? There may even be a dealer less expensive somewhere else.

I know that importers need to make a profit but these margins appear to be ridiculous. They all buy their cameras from the same factory in Dresden. We see the same thing with cameras imported into the U.S. byMamiya America Corporation, whose prices also appear to me to be completely out of line with rest-of-world pricing.

Fortunately the Net now makes it possible to shop for specialized and expensive products like this on a global basis. Under $100 for 2-day FedEx and the product’s in your hands. It’s definitely worth the extra effort.

This is a specialized tool that will meet the needs of anyone seeking the widest possible angle of coverage in a panoramic wide-aspect-ratio camera. It offers superb image quality, and if you shop carefully it can be purchased at a not unreasonable price given the camera’s specialized functionality.

If you need a wider angle of coverage or a wider aspect ratio then theSeitz Roundshotis the next alternative, but at a significant increase in both price and operational flexibility.

Macduff Evertonis one of America’s foremost travel photographers. This coffee-table sized book features exquisite wide-format panoramic images of the American west, taken with aNoblex 150swing lens camera. For this reason I was more than a little interested in this volume.

If you love the Western American landscapeandpanoramic photography this book is not to be missed.