After some 40 years as a professional photographer, photographic journalist, and educator, I have at one point of another worked with or tested most of the major camera systems available since the mid-1960’s.

In recent years I have been especially interested in digital SLRs, because these clearly represent the future of mainstream professional and advanced amateur photography.

Recently I have noticed a disturbing trend though — as several companies bring their first DSLRs to market — and it concerns histograms. Or, I should say, either the lack of or poor quality of histograms. (If readers are unfamiliar with what a histogram is or does, you may wish to read my tutorialUnderstanding Histograms, and alsoExpose to The Right). 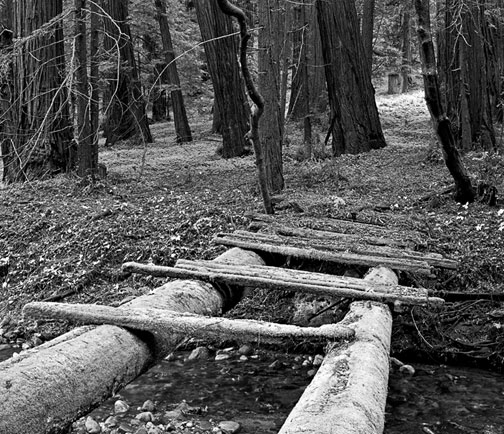 It is not an exaggeration to say that thepost-exposure histogramis the most important tool the photographer has available for judging digital exposure accuracy and appropriateness. What the critical photographer should expect from their camera is a post exposure display screen on the camera’s rear LCD that displays within a second or two the following…

— An accurate colour display of the image just photographed

In addition the histogram should display the following…

— separate indications for each of the Red , Blue and Green channels so that clipping on any one channel is clearly visible

Finally, include a well written chapter in your manual on how to read and interpret histograms! Photographers newly switching to digital need to be educated as to the advantages of using histograms.

Some cameras currently come close to the above requirements. Some fall a bit short. Others fail miserably, and still others don’t even offer a post-exposure histogram at all.

Frankly, to provide anything less than the above requirements is unconscionable, and as a digital camera maker you know better that to short-change your customers this way. Could it be that you don’t have any real photographers testing your cameras? It’s hard to think otherwise, because after the very first exposure one takes a missing or under-configured post-exposure display screen is immediately apparent.

It’s time for you as reputable camera manufacturers to stop rushing your products to market half baked. Take the time to talk with working photographers and find out what’s important to them. Surely proper histograms, as described above, will be near the top of their list. Is this really so hard to do? I think not.

As photographers and purchasers of your products we don’t need a written response.We just need action. Make your cameras better, because we vote with our Dollars, and Yen and Pounds and Euros. And we will.

The follow is from an e-mail from Tom to me sent a few days after the above article was first published, and is reprinted with his permission:

I totally agree with Michael’s comments. No single Nikon-based body gets histogram display correct, but if we were to take all of the best features currently implemented and meld them together, we’d have something we could use:

Nikon’s use of yellow with clearly defined boundaries is the visually most readable histogram currently on a Nikon-based DSLR in bright light, though the Kodak Pro 14n comes close. Why? Because the yellow doesn’t wash out in bright light. Even if you can’t see the image, you can see the histogram. Most of the time, that’s enough for me. Kodak’s black on white implementation is also good, but not quite as easily seen in some lighting and from some angles.

Fujfilm’s ability to show separate channel histograms as well as a luminance channel histogram is perfect for looking for channel blow-out. Moreover, each channel is a single button press from the last (and the whole thing cycles through in a loop–thus you press the button four times and you’ve seen everything you need in isolation). I prefer the isolation of channels to the overlays that are used in Photoshop and other programs, especially when working in the field. Those LCDs are small, and subtle things get lost if you try to overlay four channels of info on top of each other (see #1).

Kodak’s small dots at the bottom of the histogram to show EV steps lets you know in a second what kind of range you’re dealing with (though anything over 8 stops on this camera absolutely requires in-field contrast control, even though the histogram implies that 10 stops can be captured). One could argue that these should be lines that extend up through the histogram (as does Michael), but I’d be worried that on these small screens that this would mask information you want to see–remember, the dynamic range is not recorded linearly on these cameras, so EV lines at the left are generally closer together than on the right (and it gets even more complicated when you try to show what happened with in-camera contrast adjustments); Kodak’s implementation is intelligent, gives you what you need to know, and doesn’t get in the way. Likewise, there’s a very clear delineation of where ERI takes over in the highlights (if you shoot JPEG).

Unfortunately, as Michael notes, every implementation seems rushed and not fully considered. So just combine the Nikon colors and format with the Fujifilm channels with the Kodak EV indicators and we have what we need. In practical use, the Pro 14n’s histogram is the best of the Nikon-based bodies overall, Nikon’s is second, and Fujifilm’s sadly is a distant third because it is almost impossible to tell where the right side of the bar is vis-à-vis the histogram information. Still, even Kodak’s implementation didn’t have all it’s current features in the first iteration of the firmware, so STOP RUSHING AND JUST GET IT RIGHT!

Finally, I would add one thing to Michael’s request: the flashing highlight display needs definition and documentation by the manufacturer. On the D1, for example, highlights flashed (when the feature was turned on) only when channels hit 255. On the subsequent Nikon DSLRs, this was lowered to an unknown value (something around 252). On the Fujifilm S2 Pro, blowout occurs at 252 because the camera doesn’t record values above that. The Pro 14n seems a bit like the current Nikon bodies–it appears to flash before channel saturation, but that’s not specified anywhere. Moreover, we need to know that 12-bit and 8-bit are treated differently (or the same). I’m pretty sure that many of the manufacturers are taking a shortcut here: the highlight (and perhaps the histogram) may be calculated from the thumbnail on some cameras. If that’s the case, I want to know.

Unfortunately, most of the digital camera designers sit not only behind a language barrier that their users can’t penetrate, but in the case of the Japanese, they also sit behind cultural and management barriers. As someone who consults with two camera companies and has worked with others in the past, I can tell you that getting a simple feature suggestion to the engineers who are in the best position to implement it is just plain difficult and sometimes impossible if done in the way we Westerners usually do (especially if they even begin to think you’re just another "obnoxious" American/Canadian/European/Whatever telling them what to do–you’ll never penetrate past the first level of salarymen, who won’t bother to pass your idea on, and that’s if they even let you say it). Dealing with the Japanese is a very elaborate and formal procedure; you don’t find Japanese companies with suggestion boxes open to users.

That said, I know that those who design the products we use read the reviews on this site, on dpreview, on my site, and other sites that take the time to put products through their paces and comment thoroughly on features. So I reiterate, I emphatically agree with Michael. The most important decision you’ll make in the field that affects overall image quality is that of exposure. Miss by even a smidgeon too hot and you blow out a channel and lose data. Miss by enough by getting the exposure to low and you’ll be pulling noise up when you fix the visual contrast of the image in post-processing. Histogram and highlights, properly implemented, will give us the power to make the right decision every time.