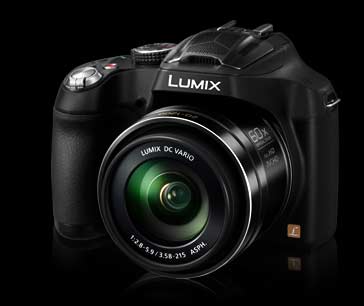 Every time a manufacturer brings out a new Superzoom, I wonder – “Will this be the one? Will this be the camera that licks the small sensor / huge lens dichotomy?”Sadly, I must report that in the case of the newPanasonic FZ70the answer is once again –no!

Now don’t misunderstand, the FZ70 is a great little camera, and at the price a real bargain for what it can deliver. But it isn’t the holy grail that I somehow always long for (magically).

I’ll spare you a laundry list of features and specs. These are available in full detail on the manufacturer’s web site. The headline feature is the lens, a 60X zoom with a 135mm format equivalent focal range of 20 – 1200mm. That’s awow, and makes theFZ70the camera with the longest zoom range of any model available – at least as of mid-2013. I’m sure that before the calender flips over to a new year another manufactruer will announce something with equal or greater range. Such is the silly competition that companies engage in.

The illustration above shows a view across Toronto harbour at full 1200mm zoom and also at maximum coverage of 20mm equivalent. Of course there is optical image stabilization built in, which makes hand-holding possible even at longer focal lengths. The aperture range is f/2.8 to f/5.9; not a particularly fast lens by any standard, except that of superzooms. This is an outdoor camera to be sure.

There is a fixed LCD of lowish resolution (460k dot) and an EVF similarly of lowish resolution 202k dot). Both are serviceable though, and one shouldn’t expect better of a camera in this price range. Regrettably there is no eye detect for the EVF, and if you’re the type of user that switches back and forth between the two you’ll be reaching for the button marked LVF quite often. To their credit, Panasonic provides a separate charger with built-in wall plug, rather than that annoying in-camera charging that so many companies practice to save a few pennies.

There is a built-in stereo mic for when shooting video, and also a pop-up flash for stills use. A separate Movie button is found on the top deck though there is a manual movie mode on the mode dial as well. A scroll wheel with a press in function serves up exposure compensation, but surprisingly the camera can also be set to M as well as P and A modes when shooting video.

Video can be recorded in AVCHD and MP4, and 30P and 60i are available. No 24P and no 60P. Obviously Panasonic doesn’t expect serious video shooters to use this camera.

JPG and raw modes are available, though at the time of this test only the horrid Silkpix was available for raw. I would expect Adobe to have support available soon though. Therefore, my testing was only in JPG mode.

The camera’s 16 Megapixel 1/2.3″ sensor provides decent image quality up to about ISO 800. But even at ISO 100 there is a bit of the usual digital smearing and artifacting that one sees on small sensor cameras of all stripes. The focal length ratio to 135mm format is approximately 5.6X. 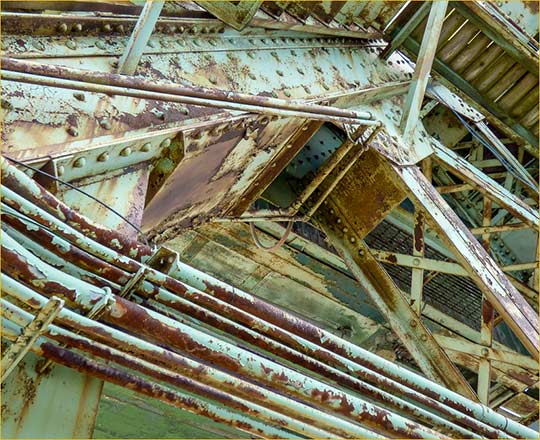 Notwithstanding the above comment about digital artifacting, I was quite pleased with the overall stills image performance of the FZ70. The above shot “Rusty Beams” looks terrific in a 13X19″ print, and as long as one doesn’t do any critical pixel peeping at 100% on-screen (which I don’t think that this camera’s intended audience will do that much of), users should be quite pleased with low ISO performance. 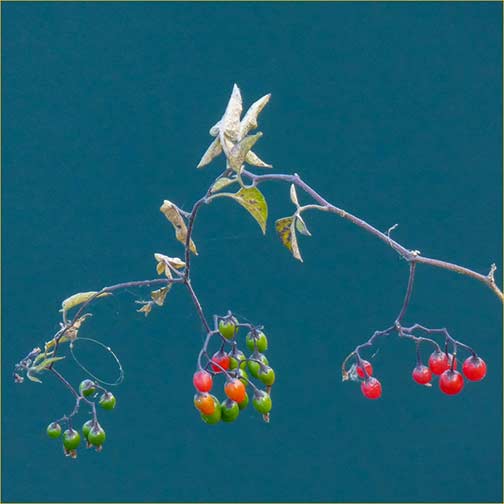 Though ISO 800 is, to my mind, the highest that one should use for decent quality, even 1600 isn’t so bad if a bit of post processing is done. 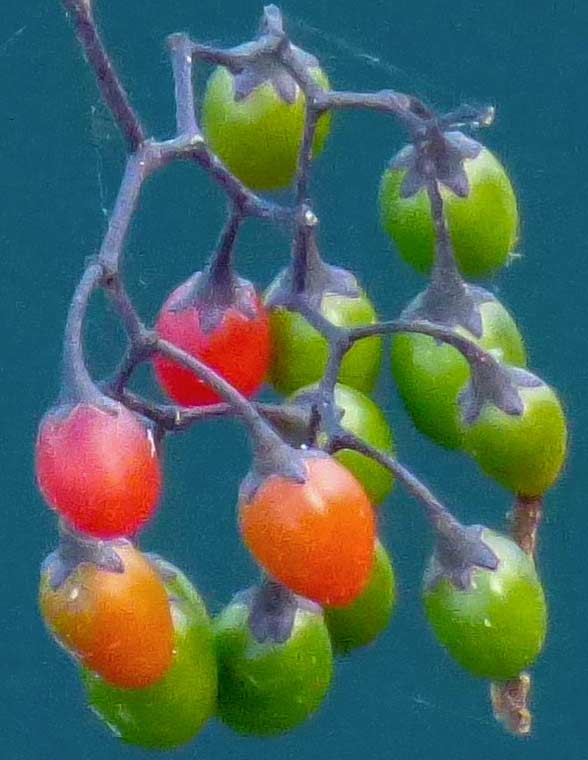 This is where the digital artifacting becomes easily visible. I did some noise reduction in Lightroom. On-screen at normal size and even in an 11X17″ print the image is quite acceptable. But pixel peeping reveals that you can’t expect magic, especially at higher ISOs.

One thing that I would caution, with this camera as well as all very small sensor cameras…watch your highlights. They blow out easily, raw or JPG, and because of the restricted dynamic range the shadows can block up quickly as well. Critical exposure is, well, critical.

Video quality is decent, and will likely be fine for home, family and casual amateur use.  There’s little point in showing hero footage though, since all cameras of this type are reduced to a common denominator by online compression at Vimeo or Youtube.

The one video artifact that really stood out though is rolling shutter, more commonly known as the “jello effect“. Above is a brief clip, showing four focal lengths, each with a slow panning motion, from widest angle to longest telephoto. My suggestion is don’t pan too much (or at all!) at longer focal lengths.

It should also be mentioned that it is very tempting to use the 600mm to 1200mm range, because the camera is so relatively small and light. But if you’ve ever worked at these focal lengths you’ll know that air shimmer is your major enemy. Indeed my first impression when looking at some long shots on my monitor was that the digital artifacting (smearing) was worse that it really is. It was only when I started doing closer shots, where heat shimmer wasn’t a factor that I realized what the problem was.

If you don’t expect magic thePanasonic FZ70is a great addition to any photographer’s camera collection, who doesn’t have any really long lenses, and yet who wants to explore the world of high magnification shooting. At less than $400 it will appeal, just so long as one keeps ones expectations in accord with the price and sensor size – which of course is what makes Superzooms possible.

This Product Is Available From B&H byCLICKING HERE