Photographers are a neurotic lot. We want perfection. And in search of that unattainable goal we spend countless hours and dollars in the pursuit of equipment which will give us the image quality that we seek.

One area where we are now reaching a bit closer to the unattainable goal is in printing. The latest generation of photographic printers,Epson’s 2100, 2200, 7600, 9600, produce stunning print quality and excellent image longevity, equaling or exceeding traditional chemical prints in both regards. They also ship with very good profiles provided by Epson. Using a high-end spectrophotometer and profiling software (Spectrocam and Profiler Pro along with DR Pro) I have made some very fine profiles over the past couple of years. I have also had custom profiles made for me by colleagues with similar high-end profiling gear, much of it of more recent vintage than my own. These too have also been very good, but frankly, if one is using Epson papers and inks the Epson-provided profiles are fine, and not significantly different or deficient over the ones that one can produce using gear that costs several thousands of dollars. It’s only when one wants a custom profile for papers or inks for which a profile is not available from Epson that producing ones own or having one made commercially makes financial sense.

EnterPrintFIXfromColorVision,which began shipping in late May, 2003. This product promises to provide photographers with an inexpensive ($339) hardware and software solution. It consists of small bus-powered print scanner (based on a scanner made in China called theTravelscan 660) and ColorVision profiling software. The program installs as a Photoshop plug-in. Small and relatively simple to use.

But, can it do a decent job?

On the Mac underOS 10.2.6I received apermission errorwhen I first tried to install PrintFIX (Yes, I am the Root User). A call to ColorVision’s customer support line suggested that I run the systemDisk UtilitytoRepair Permissions. I did so and indeed found that there were some that needed correction. But, when I re-ran the PrintFIX installation program the same error occurred. I spent an hour or so trying to troubleshoot, and still couldn’t get it installed properly. Life is too short for this sort of thing. My Mac is a stable machine running the latest version of the Mac OS software. I install many programs for testing and have never had a Permissions Error problem before. I gave up and never did get it installed on the Mac because I next turned my attention to installing PrintFIX on the PC.

This was on a PC runningWindows XP Proand the installation went smoothly this time, but with one exception. As the driver for the scanner component was installing there was aWindowsmessage saying that the driver was notMicrosoftapproved, and that installation was an my own risk — or words to that effect. I continued the installation. This was a mistake, as you’ll see further on.

Speaking of the scanner, note that since the scanner is USB bus powered it should either be plugged directly into your PC, or a powered hub. It will not work with an unpowered USB splitter or hub.

Once I had the software installed on my PC working with it was very easy. Simply load a provided calibration image, which consists of 729 tiny colour patches, print it out, trim it with a pair of scissors to the proper size, and feed it into the mini-scanner. Run the plug-in software and a few seconds later a profile is produced. Give it a name and it is automatically saved to the proper directory with an.ICMextension, (and presumably ICC on a Mac).

While this process is simple, the software has a few problems. It appears that ColorVision has simply modified theTravelscan-supplied TWAIN driver and scanning software for their purposes. But they didn’t do a complete job. The software doesn’t remember from session to session that you want to work in colour instead of its default B&W, and also the print size setting that ColorVision provides is also not a default, and has to be reselected each time the program is run. How difficult could that have been for them to fix this?

Once the profile has been saved you need to exit Photoshop and re-run it, so that the program knows that the new profile is there. Set this as your printing profile and make a test print. 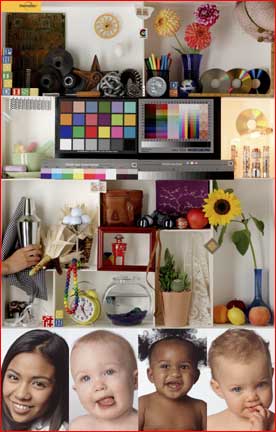 Parenthetically, the provided user manual is decent, and provides complete step-by-step instructions for both Mac and Windows users. Unfortunately it is cheaply printed and stapled together, looking somewhat home made rather than from a major company — or one that would like to be.

Getting it to Work Properly

Once I had the workflow down it was time to make test prints. ColorVision thoughtfully provides a standard test image with the package. This file is automatically installed in the ColorVison directory on your hard disk. I moved it to my working Photoshop directory to make it easier to access.

The first thing that I did was to make four 8X10" (A4) prints using printing profiles that I use regularly and have become very familiar with —Epson‘s, one made for me by a colleague using very high equipment, one made using my ownSpectrocam, and finally the one made withImagePrint 5.5.

The print produced with the PrintFIX profile was good. Not great, but really quite good. It was a bit too red and also a bit too blue. If I did not have prints made with other profiles available for comparison I would have rated the quality of the test print produced as "very good". Many users would be satisfied with it.

But the ColorVison software allows you to also tweak the profile. To do this you re-load the scanned color chart file and use sliders in the software to make adjustments for the three main color axis, as well as brightness and contrast. You then resave the profile made with these adjustments and make another test print.

This is an iterative process and can be quite time consuming as well as finkey. There is no feedback or visual indication of what the changes made to a slider are doing. You also have to reenter the values tried each time (make sure you’ve made good notes) because the program has no way of editing a saved profile. It just allows making a new one with manual adjustments. Primitive, but it works, if you have the time and patience. 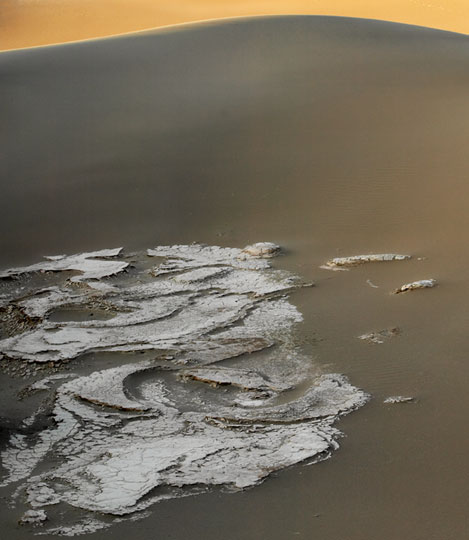 After quite a few hours of work, and about 20 test prints, I had a profile which was as good as that from the others. Different, but very good. The yellows were better than those from any of the other profiles and shadow areas were detailed and neutral. Neutral mid-gray and white areas had a very slight blue tinge, and skin tones were a bit redder than I would prefer. In summary — quite a nice profile, but not great. For the money though the quality of the profiles produced appears to be good value.

Not Yet Ready for Prime Time

Normally at this point I would have provided a much more in-depth review, detailing how the programs various features work and how to take best advantage of them. But, after about 8 hours of producing profiles, and a large number of test prints, I went to bed. The next morning I found that my computer had crashed, and when I rebooted was greeted by theblue screen of death,and a message thatDriver_IRQ_Not_Less_or_Equal, whatever that means. Microsoft had been right. There was a USB driver problem.

The computer simply would not then reboot properly, and I was forced to useGobackto revert my hard disk to a time prior to the installation of PrintFIX and its drivers, loosing 8 hours of received e-mails as well as some other work in the process. At this point I called ColorVision and requested a return authorization and a refund, which they handled gracefully.

Life is simply too short for these hassles. If this was a beta product I would understand, but it’s a shipping product and there’s no excuse for these sort of installation problems and driver incompatibilities. PrintFIX 1.0 definitely has the feel of a product hurried to market with inadequate testing and polishing.

The bottom line? In a while, when ColorVision fixes their installation routines and drivers, and smooths some of the rough edges in the application, this could well be a worthwhile purchase. At the moment though, with Version 1.0 at least, I find the product to be too highly flawed to be worth the time and money required to make the best of it.

It is unusual, I know, to read negative reviews of new products. Especially in the U.S. and Canada where magazines simply skip over unsatisfactory products. In the U. K. and France, and possibly elsewhere, photography magazines are more critical, and will warn readers off from truly bad products, but rarely if they are from major advertisers. (One just needs to look at how the commercial media are treating theKodak 14nto see the power of the advertising dollar over editorial integrity).

Since this site is non-commercial and unaffiliated I am able to review products without bias. If they’re good I say so, and if they’re bad I say so. I don’t review that many poor products because I usually decide what I want to review based on my own interests and needs rather than being at the whim of some editor’s decisions. But when a product is either truly bad, or underperforms for the money, I feel that I have an obligation to readers to let them know that this is the case so that they don’t waste their time and money the way I did.