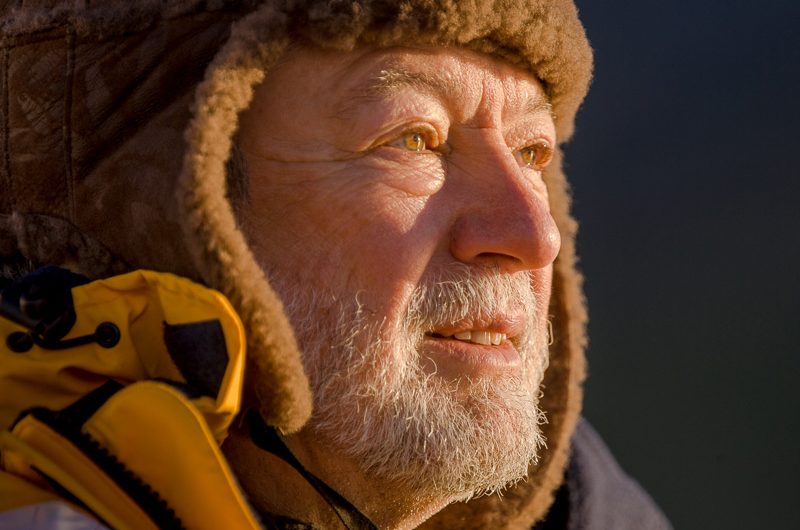 I miss him for many reasons. Within an hour of our first meeting, we knew we had a special friendship developing. Michael picked me up to head out to Algonquin Park to test out a new Phase One camera.  As were driving there we passed this really colorful location; we both looked at each other, and without saying a word we knew we had the same idea.  Michael turned the car around and we drove back to do our first shoot together.   We enjoyed the location so much we both wrote about it and it was the first time I ever had my words published on Luminous-Landscape.  You can read about this spot called Bunny Hollo.

This day was the beginning of a friendship that continued to grow until his last day.  Along with Chris Sanderson, we were kindred spirits.  I started to travel a lot with Michael and a number of other good friends who enjoyed photography and all the ‘after talk’ that goes along with it.

Michael and I shared a passion.  Our paths crossed for a reason and we wouldn’t know that reason until several years later.  In the meantime, we shared our passion for photography and the amazing technology and evolution our art.

As our friendship grew we spent more time hanging out with each other and talking.

A few times a week we would share an evening glass of wine over Skype and catch up on the news of photography, industry gossip, discussions of software, techniques, politics, family and more. I miss that so much.

I miss shooting with Michael.  As many will attest, Michael could be a pain to photograph with.  He moved fast, had a shot in his head and if it wasn’t there he wanted to move on.  Very cleverly on his part he usually had the keys to the car and many of us would have to give up a shot we thought would be good so we could get back in the car. We all knew if you weren’t in the car he would start to yell at you and you might even stand the chance of being left behind.

Michael was always chasing the light; his eyes would dart side to side.  His head would swivel around always looking and always seeing.  That was the fun part of shooting with him because he could see potential shots and capture them.  Many others would have walked past these images.

I loved Michael because he would always be surprising me with new things.  During our evening cocktail call he would snicker and say, “Guess what I bought today?”  He was always buying a  new camera, computer or gadget.  He loved that stuff.  He would stick with it for a few days to a few months.  It was a sure thing that he would gravitate to whatever was newest and leave the last thing in the dust.  I always wanted to be able to do that. I am sort of doing that these days, but I find it a lot harder to give the cool stuff up.

My memories of my friend are many–our long talks, visits to Mexico, sunsets on his roof top patio, and trips to the far corners of the world.  There were so many things we did together and so much we talked about.

It was a sad day a number of years ago when he shared with his closest friends that he was diagnosed with cancer.  It’s a scary thing to hear and even harder to think about.  I watched him endure radiation and chemo. He was not going down without a fight.  The cancer receded and he got his strength back and we marched on.  He was unstoppable.  We did more things together and life was just like it always had been but there was that cloud on the horizon now.

Then during one of his check ups the doctors told him they found spots again and they wanted to do treatments right away.  He once again shared this with his friends but also decided he was going for quality of life and opted out of the treatments.  He was going to go to Mexico for the winter and that was that.  This was in November a few years ago.  I made a few visits to him that winter and we did a lot of talking.  Our topics turned from photography and we started to discuss life and death.  These were really philosophical but in the end we found these chats deeply influencing our photography.

In April the following year Michael came back to Toronto and visited his doctors.  All of us were expecting the worst. I remember getting a call from him from right outside of the doctor’s office.  I was prepared for bad news.  Instead, he shared the good news that all the cancer had disappeared.  Wow, what a miracle. He was very proud of the fact that he was now an outlier.  This meant that he had defied the odds and thus statistically couldn’t be counted in the normal cancer statistics.  Whatever it was, it was time to have fun again and get on with living.

We did photo trips.  He decided to go on another Antarctica trip. It was on one of these trips I mentioned to him that if he ever thought of doing something with Luminous-Landscape that I would be interested in talking to him.  A few months later we had a conversation.  He knew that he couldn’t be an outlier forever.  He wasn’t fooled by miracles.  He was a believer that he had been given an opportunity to enjoy life just a bit longer and to make sure that Luminous-Landscape and the Endowment would live on.  He worked hard to publish his Retrospective and he and I talked and eventually made an arrangement whereby I would take over Luminous-Landscape.

Every year Michael Reichmann used to visit NYC for the PhotoPlus Expo show
to meet up with friends & photographic colleagues.

We had fun with all of this.  We redesigned the Luminous-Landscape  site so it would work better and wouldn’t be so hard to maintain. The site had been pieced together over the years and because of many HTML editors and such, it was a nightmare to update and maintain.  We undertook a major and complete rewrite to Luminous-Landscape and as a result, we have a site that can grow and change easily moving forward.  He was part of this and he would still write as much as he could.  But he was also doing things he enjoyed and getting the most out of his time.

It was inevitable but the day came when cancer returned.  He wasn’t feeling bad so he just kept barreling ahead.  He traveled and met up with other friends and did a lot of photography. We would still have our evening cocktail chats.

Over the past winter though we could tell things were beginning to catch up with him.  In February this year we met in Hawaii and had some real quality time together.  It wasn’t long after that he developed some pain in his hip.  He thought it was from sleeping on an airport floor during our delays while on the last Antarctica trip. Michael began taking pain meds, but things got worse.

Turns out one day it was too much pain and he went to the hospital.  Soon after they diagnosed a tumor in his leg and they began immediate treatment.  This time as you all know no matter how hard he battled, the cancer had the upper hand.  It moved quickly.  During his stay in the hospital I would call in the evenings and we would talk, although due to the pain meds, the conversations were hard. Then one day the calls weren’t answered.  It was then I knew I had to head north.

I drove to Toronto and arrived late in the evening.  I called the hospital and was told Michael was resting.  The next morning I saw Michael and what the cancer had done.  I went over to him and hugged him.  He raised his hands and grabbed my arms and he was shaking.  Looking into his eyes I could tell a lot. He tried to speak but couldn’t.  By late afternoon our friend was gone.  Family and Michael’s closest friends were there.  Like others, I was grief stricken.  No matter how much you prepare, the finality of it all does something to you.  Even writing this I can’t help myself and the tears flow.  No sense holding back.

Since then, I have reflected a lot.  Michael and I talked about what would happen when this day came.  I had made him a promise that I would make sure that Luminous-Landscape lived on in the spirit it was intended.  I was honored that he would trust me with this responsibility.  Luminous-Landscape has grown into a passion for me.

Chris and I will keep Luminous-Landscape alive and moving forward in the spirit that Michael had intended.  In addition, we will keep the Luminous Endowment growing and offering grants to photographers from around the world.

I miss our friend
I miss our talks
I miss sharing wine
I miss the laughs we had
I miss shooting together
There is a lot to miss.

I will never forget the love and passion Michael shared with all of us.

His spirit will live on.

I will never forget the words all of us close to Michael always heard him say as he pushed along during our shoots.  “There’s No Shot Here”.  Of course this was after he already had his shot and wanted to move on to the next location. Antarctica 2014 – A Most Amazing Trip

All Photographs By Kevin Raber The Fly Over Antarctica Workshop Sunset Pléneau Bay The day finally came to leave for another trip to Antarctica. There has never

Users of this new line of printers have been raising questions about the role and volume of CO (Chroma Optimizer) consumption, having observed that CO