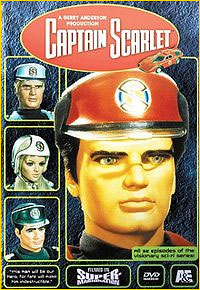 No – this is not Jim Jannard.
It is Captain Scarlet
a character from a kids
TV series from the 1960’s

One thing can be said for RED founder and CEO, Jim Jannard – he doesn’t do things by half measure.

One of the major complaints about the burgeoning digital camera industry has been that the rate of technological change is such that cameras quickly become obsolete. No, no one is twisting your arm, and last year’s model will still take fine photographs (probably limited by your capabilities, not its), but the desire for the latest and greatest runs deep in photography enthusiasts. It’s in our DNA.

Now, in what can only be called a seismic move, the RED camera company has changed the rules of the game once and for all – at least insofar as the pro end of the market is concerned.

The Scarlet and Epic systems are highly modular and interchangeable. Theannouncement pageprovides all of the details that are available at the moment, but once you’ve read it come back here and we’ll try and makes some sense of what it all is and what it means. 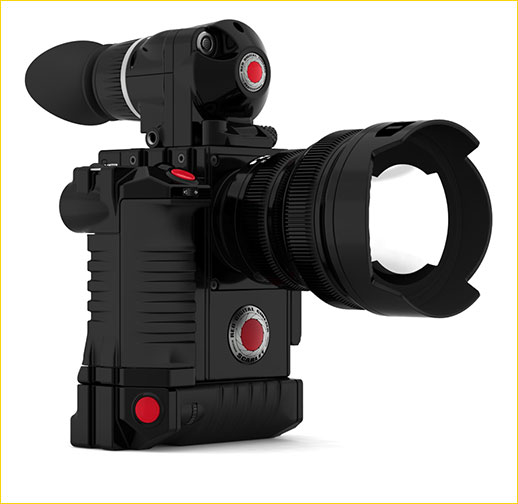 As you’ve seen there are three camera bodies, the Scarlet, the Scarlet Professional, and the Epic Master Professional. The Scarlet is an all-in-one camera with a 2/3" sensor. Like all new RED cameras it is what the company calls a DSMC (Digital Stills Movie Camera). The specs show that it will have a 3K video capability and 4.9MP sensor, and will be able to shoot stills or video at up to 120 FPS. Yes that’s right – 120 FPS. Oh yes, and the cornerstone of all RED cameras is that they shoot raw video and stills. Full raw support is provided and Adobe provides this as well in all of its CS4 products for stills and video.

So the Scarlet is all complete camera, likely aimed at the lower end of the market. And while no firm price has been announced it likely will be under $4,000 complete. Fall 2009 is show as availability date (Q3 for those of you living down under).

The Scarlet Professional 2/3" is the mid-tier, offering a highly configurable / upgradable camera body that takes not just a wide range of RED options and modules, from viewfinders, to storage device, but also interchangeable lenses in three different video / cine mounts, including C-mount, so all your old 16mm film lenses will fit. The 2/3" chipped Scarlet will cost $2,500 for the body only, and will become available mid-2009.

The next step up is the S35 Scarlet with a 30X15mm sensor. This will cost $7000 for the body , will have a 13.8 Megapixel sensor, will shoot 30FPS stills and video in raw mode and will become available in mid-2009. Oh yes – the S35 will be available in PL lens mount (professional video and movie) and will also have both Canon and Nikon lens mounts available. (Don’t throw away your lenses just yet – you’re gunna need them). The S35 has a 12 bit A/D converter. 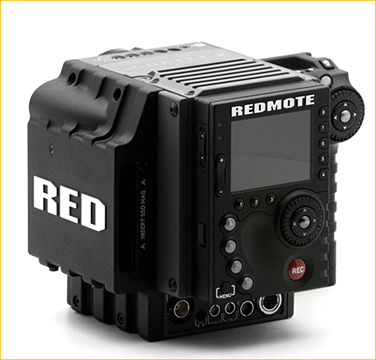 Next up the Scarlet food chain is the FF35, with a full frame 24X36" 24 megapixel sensor and the ability to shoot both raw stills and video at up to 30 FPS; Nikon and Canon lens mount, of course. The FF35 will have a 16 bit A/D converter.

The completely over-the-top, what-have-they-been-smoking model is the Epic 617 with a 186X56mm 261 Megapixel sensor able to shoot stills and video at 25 FPS. $55,000 and the patience to wait until mid-2010 are needed for this insane item.

Along with the benefits of highly modular construction, comes the fact that RED accessories are not inexpensive. I would imagine that to put together a complete Scarlet system will at least double cost, and 50% should likely be added to the Epic’s body cost.

But this also means that once one has bought into the RED system, upgrading from a Scarlet to an Epic means simply swapping bodies (or own both for increased versatility along with harsh words from your bank manager or spouse).

For those that have not followed the history of RED, all of this might seem like science fiction, or at best a rabid photographer’s wet dream.

This is not the case. Jim Jannard, RED’s founder and CEO, is the billionaire founder of the Oakely glasses company and a long-time photography and camera enthusiast. The RED ONE movie camera which has now been out for over a year has virtually revolutionized the video and movie production industry. Vapourware it is not, and given Jannard’s track record, financial resources, and enthusiasm I think the odds are good that this product line will come to fruition.

But do note that RED’s web site says the following on almost every page – Specifications and Delivery Dates are subject to drastic changes. Count on it and you won’t be disappointed. This is the sign of a mature business executive who understands that in this hyperactive technology environment, promises more than a few months old are not always possible to keep.

But, having said that, I have no doubt that the Scarlet and Epic camera lines from RED represent a sea change in the industry, one that will have huge implications for us all. Frankly, I wouldn’t want to be any one of REDs competitors at the moment, in either stills, medium format, or video. But I am also glad to be a photographer at this time, because our tools are about to get a whole lot better.