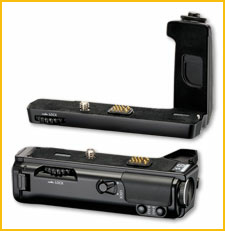 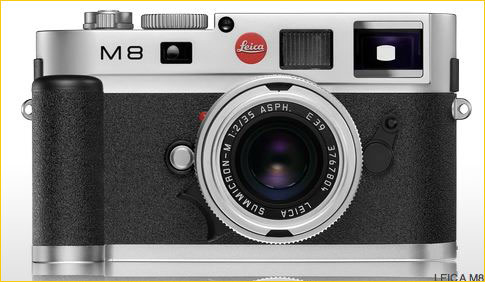 In my field report on shooting with theLeica M8 in Marrakech, in January, ’07, I made a point of the frustration I had with that camera’s power switch, which is positioned around the shutter release. It has four positions – OFF, SINGLE FRAME, CONTINUOUS, and SELF TIMER. My problem was that I found the switch to be too easily accidentally moved to an inappropriate position simply though the normal handling of the camera.

This is the second M8 which I have used, the first being an early production camera with a serial number around 300, while this one has a serial number around 1,700. I have also handled an even more recent camera in the mid-2000 range. All felt essentially identical, with this control being far too easy to move to the wrong position.

Curiously, after the article was publish there was quite a bit of discussion online about how some people had camera with much stiffer switches. I was also told by a senior Leica representative that the people that hand-assemble the cameras perform the setting of the stiffness of this switch on an individual basis. I can therefore understand how some people report the switch as stiff, and others as too loose. Also, we all have different ways of holding and handling a camera. So one man’s loose can easily be another man’s tight, or just right right. In any event, none of the three cameras that I have used feels right for me, and on my Marrakech shoot I lost quite a few opportunities because of it.

Several people suggested that I try the LeicaHandgrip M. Interestingly, in years past I had used theLeica M Motor on myM6and had found that it really aided handling. I’d forgotten this though, since it had been a few years since I sold my M Leica gear (a dumb move!).

Without further preamble, here’s the punch line. It really works. After shooting with the grip for quite a few hours I found not a single instance of the power switch being moved to the wrong position by accident. The grip completely changes the way in which one holds the camera, and frankly it’s the better for it.

In the 1950’s, when the M Leica was designed (and little has changed externally since) not much attention was paid to ergonomics. The first cameras with molded hand grips were still decades in the future. (I seem to recall that the Canon T90 of 1986 was one of the first). In any event, though thin and relatively small, and wonderfully made, the M Leica has never been an easy camera to hold; at least not near as easily as today’s molded grip cameras.

By adding the simple Handgrip M though the M8’s handling characteristics change dramatically. The camera can be held in one hand without fear of it falling, or needing to have the neck strap tightly wound around ones wrist, and the manner in which ones fingers fall across the top / front panel is completely changed.

That’s it. Under $200, and the grip (which replaces the standard base plate) solves the problem. At least it did for me. Your mileage may vary, so if you don’t find the power switch to be problematic, it may not be worth the cost. But if the switch is an issue for you, then likely the Handgrip M will solve the problem the way it did for me.