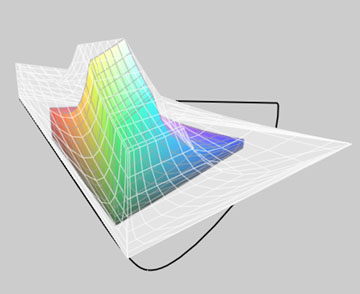 Imagine a monitor design specifically for digital photographers. Imagine that it was capable of calibrating and profiling itself, and even able to advise you when it drifted out of calibration. Imagine that it had a resolution of up to 2048 X 1536 and a diagonal measurement of 21".

I could go on — and will — but you get the idea. The monitor in question is theSony Artisan,akathe modelGDM-C520K. It has a suggested retail price in the U.S. of $1,800 but can be found for about $1,600 from a number of reputable on-line dealers. This makes it quite a bit more expensive than most other CRT monitors, though similarly priced to high-end LCDs like theApple Cinemadisplay. But, it really is in a class of its own, and according to the experts is currently bested only by the $5,000Barco Referencemonitor.

So why would you want one of these? Simple. If you are producing high quality commercial or fine art prints, then having the finest screen image possible to create them on will make you more productive. With this monitor you are absolutely assured that what you see on screen is what will appear on your prints. (This assumes a properly set up printer, driver, and high-quality printer profiles, but that’s another story. Also, no transmissive screen can reproduced an image on paper with 100% accuracy, but the idea is to get close enough for critical work, which theSony Artisandoes superbly.)

Like all CRT monitors theArtisanis large. Not, unduly so, but if you’ve been using an LCD screen for the past couple of years theArtisan‘s 85 lb weight and bulk will be surprising. Get someone to help you lift it onto your desk, or risk a visit to the chiropractor.

TheArtisanuses Sony’s top-tier CRT, anFD Trinitron. It features flat front glass, which is anti-reflection coated for distortion and glare-free images. Its 24mmAperture Grilletechnology supports horizontal scan frequencies from 30kHz to 130kHz and vertical refresh rates from 48Hz to 170Hz, making for absolutely flicker-free and stable images even at the highest resolutions.

What makes it almost unique, and certainly so at anything less than about double its price, is that it is an intelligent monitor, able to calibrate and profile itself. In addition to the main screen unit theArtisancomes with a standard monitor cable that also has a USB cable. This is plugged into your computer and allows the monitor to talk directly with the computer’s video system. It also comes with a colorimeter (spyder) that plugs into a second USB port on your computer (or powered USB hub). Together with provided Mac and Windows software, the monitor, software and spyder make this a highly intelligent system, able to calibrate and profile itself on almost any computer.

It’s worth noting that because of this fully integrated approach the colorimeter communicates directly with the monitor. This feedback loop allows the sensor to adjust the monitor’s RGB gain and bias to the required color and luminance rather than simply adjusting levels in the video card’s lookup table (LUT), as needs to be done with all third party systems.

The spyder is also custom designed to match in its sensitivities the specific phosphors of theArtisan— again, making calibration that much more accurate.

To round out the package and make it even more amenable to critical image processing work, theArtisanis supplied with a padded hood to shield the screen from glare. Also, the screen surround, hood, spyder — everything is finished in a medium neutral gray.

For the past 5 years the monitor that many pre-press technicians, graphic designers and exacting photographers have used is theRadius Pressview. Other than the $5,000Barco Referencemonitor, mainly used by broadcasters, thePressviewwas the premier monitor in these fields. TheArtisanis designed byDr. Karl Lang, designer of theRadius Pressview. As such it represents a similar design approach but in this case with the manufacturing expertise ofSonyitself behind it. 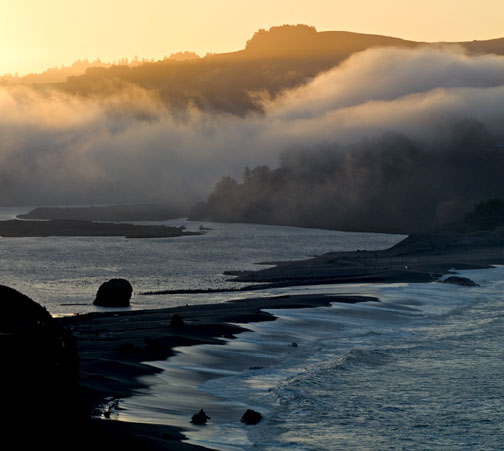 A few years ago few imaging professionals would have been caught dead using an LCD screen for critical work. Then along came theApple Cinemadisplay. For the first time there was an LCD screen that offered size, brightness, contrast, colour accuracy and black level that matched (almost) the best CRTs around. It didn’t have as large a viewing angle as a CRT, and the black level wasn’t as finely differentiated as a Reference CRT, but it was damn good. I bought one early on, and also anEizoLCD panel for my PC, and for the past few years have been using both productively and with pleasure.

LCDs have come down a lot in price during the past 12 months (during 2003), and an increasing number of top-of-the line models from major manufacturers are now good enough for many critical workers.

The advantages of an LCD screen are smaller overall size, lighter weight, lower power consumption, lower radiation risk, and a crisp clean image. But, the downsides are higher price for a similar sized screen over a CRT, poorer viewing angle, and poorer black level differentiation.

This is the area in which the Artisan really struts its stuff — black differentiation. You can see extremely fine difference in black level that are simply not visible on an LCD. I didn’t believe it myself until I saw a demonstration. Even the best LCDs like theApple Cinemadisplaycan’t compare when it comes to differentiating fine shades of black and gray.

Here’s a small experiment that you can do to see how well your current monitor can display fine gradations of gray and black. InPhotoshopcreate a file that fills most of the screen (Ctrl/CMD-N). Make the whole field black by using the paint bucket tool (G). Now use the rectangular marquee tool to create a selection that fills about 50% of the frame, in the center.

Call up the Curves tool (CTRL/CMD-M) and click on the control point on the bottom left of the line, at position 0-0.

Dim the lights in the room and make sure that there are no reflections on the screen, and that the light is as low as you would normally work in. Now, using the Up-Arrow key on your keyboard move the control point so that it moves upwards, increasing the output level.

Look for the following.

— Can you monitor clearly display each separate level starting at level 1?

— If not starting at 1, at what level can you start to see a difference between the area within the selection and the rest of the picture area?

— Is each level distinct, or can you only see every second or third level at the lower range of brightness?

A very high quality calibrated monitor such as theSony Artisancan pass this test easily, with every single brightness level clearly discernable. Don’t be suprised if your monitor doesn’t. Few can.

There are three annoyances that I’ve discovered. The first is that the printed manual is incomplete. There are a couple of pages that appear in the PDF manual supplied on the software install disk that are a must-read for PC users, but that aren’t in the printed manual.

On the Mac, colour management and the use of profiles is totally integrated at the system level, and the profile that theArtisan’ssoftware creates is loaded automatically. But on a PC (even under Windows XP) you need to tell the OS what monitor profile to use. If you get anArtisan, do read the PDF on how to assign a monitor profile in Windows, or you won’t get proper results. In brief, right click on the screen background, selectProperties,Settings,Advancedand thenColor Management. Click onAddand then choose the Artisan monitor profile that you just created. By the way, if you’re wondering where these profiles are found, they’re inC:/windowssystem32spooldriverscolor.

The program also presumes that you’ll be using a Mac, and therefore the default profiles are set to Gamma 1.8. You will have to create (edit) new profiles for Gamma 2.2 if you are using a Windows PC. (Actually, after much experimentation I found that a Gamma of 2.0 works best for me. Go figure.)

The third "bug" is that the Artisan’s calibration software expects theArtisanto be monitor #1. If you have it set to #2, as one would when working with a laptop computer and its built-in LCD, the software chokes. You’ll need to either move theArtisanto #1, or on a laptop use the function key setup (usually FN / F8) to make theArtisanthe one and only monitor. Run calibration and then afterward switch it back. Not a big deal, but an annoyance. You’ll have to do this each time you reboot your computer if the Artisan isn’t set as monitor #1.

Finally, an issue with turn-on-time. Unlike an LCD which goes fromofftousablein a minute or two, theArtisanneeds approximately 30 minutes from turn-on until the black level has stabilized. For the first 15 minutes the blacks aren’t really black, they are dark gray. For some reason this seems to take an inordinately longer time than other CRTs I’ve used over the years.

Doyouneed aSony Artisan? Possibly not. Many people are doing very fine work with lesser monitors. Top-of-the-line LCDs have become very good in the past year or two, and even moderately priced CRT monitors can do a decent job when properly calibrated and profiled with a third party spyder and software. But, if you take your image processingveryseriously, and want to be able to see as closely as possible what your output will look like while you’re working on it, there are few monitors in existence, and none anywhere near this price that come as close to perfection as does theSony Artisan.