This test of theSony F-828camera and lens was conducted usingDxO Analyzer. If you are not familiar with this optical testing system please readthis tutorial. Without being familiar with how the tests are conducted, and how to read them, there’s not much point in proceeding.

The purpose of this test report is to support the empirical findings of myfield testsof this system. Though the tests on this page are interesting and informative (as well as accurate and repeatable), they really only tell us about selected aspects of a camera or lens’ capabilities.

As you can see from the theDxO Analyzer Tutorialthere are a large number of charts and text graphs produced for each of the four tests —Distortion & Chromatic Aberration,Vignetting,NoiseandBlur. A more comprehensive test would have to be done at all available apertures, all available ISO speeds, and at a large cross-section of focal lengths (in the case of zoom lenses). This would not only take an inordinately large amount of time to conduct, but would take up far to much space here and likely not be of much interest to the majority of readers.

Consequently in this and most other tests usingDxO AnalyzerI am publishing just one complete set of charts — those done at f/5.6, which is typically an optimum aperture for most lenses, and in the case of cameras, also at the lowest ISO setting. In the case of zoom lenses this test is done at a mid-position in the lens’ focal length range. I also post data for other F stops, ISO ratings and in the case of zooms a selection of focal length, including the widest and longest. In my comments to each section I also draw attention to extremes of performance, such as maximum vignetting, greatest and least noise, etc. 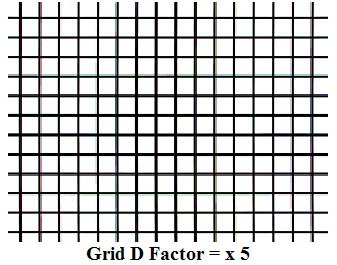 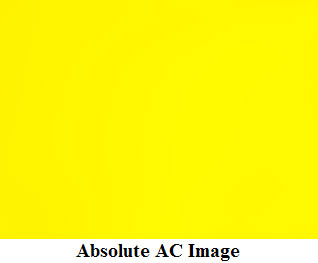 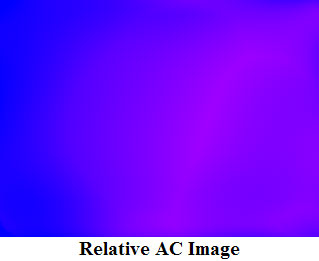 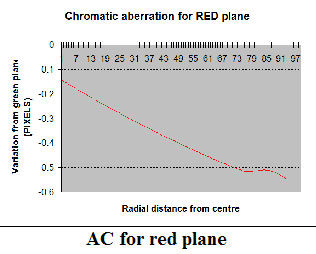 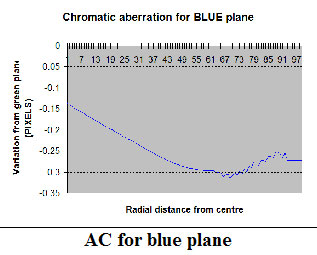 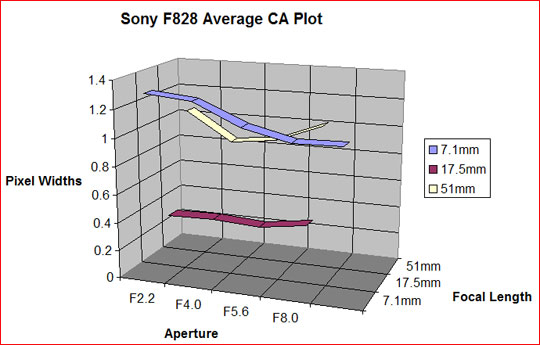 Distortion is very well controlled at most focal lengths other than at the widest. Its at its worst at 28mm where barrel distortion is at its maximum at 1.05%, with an average value of 0.66%. The lens transitions from slight barrel to slight pincushion distortion about half way through its zoom range.

One of the chief criticisms that has been aimed at the Sony F828 is with regard to chromatic aberrations. When I first prepared the graphs above I was therefore surprised to see how low the CA numbers were. They seemed unusually low. Then I looked at the data for other focal lengths.

This camera system — the sensor and lens combined — clearly displays considerable CA at wide angle settings, and lower but still quite high CA values at the longest focal lengths. But at mid-focal lengths chromatic aberration becomes very low, almost negligible. So one person taking photographs at mid-range focal lengths is going to say, "CA? What CA?", while someone else shooting with the lens at a wide-angle setting is going to definitely encounter it under conditions which make it visible.

This clearly shows both the benefits and the dangers of testing. Whether a rigorous and scientific test such as this, or a more casual one, it is imperative that as many factors be considered as possible. Taking a few shots with a new lens or camera and saying "It’s got terrible X, Y, or Z characteristics — I’m sending it back," may make you feel better (or badly, as the case may be), but it really doesn’t provide the information needed for others to make intelligent purchasing decisions. One F stop wider or smaller; 10 or 20mm longer or shorter and the results might have been completely different.

The graphic below is from a test done at one of the lens’ worst operating conditions for displaying CA; wide aperture and wide focal length. The colour changes from yellow to red to show the progression of chromatic aberration from the center to the edges of the field. Compare this to the even yellow colour of the graphic above taken at a mid-range aperture and focal length. 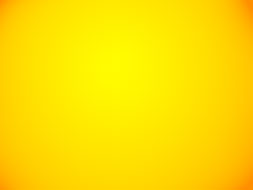 As additional 8 Megapixel cameras are tested, (especially since most use the same Sony 8MP chip), it will be very interesting to see how these numbers and charts compare. 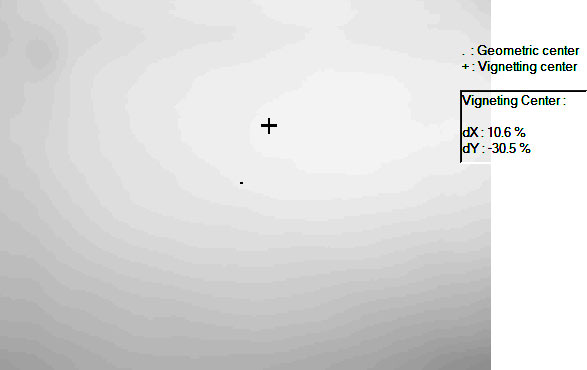 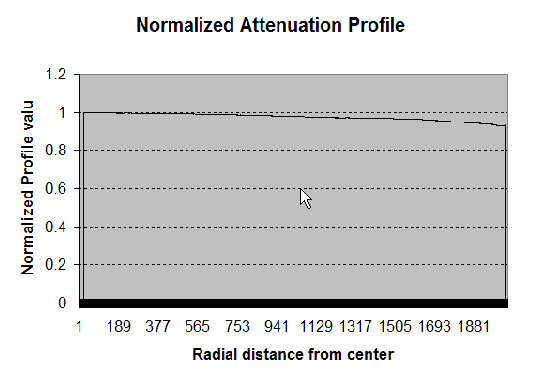 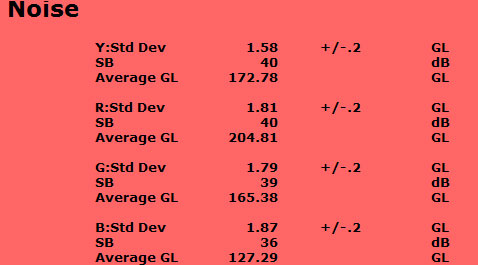 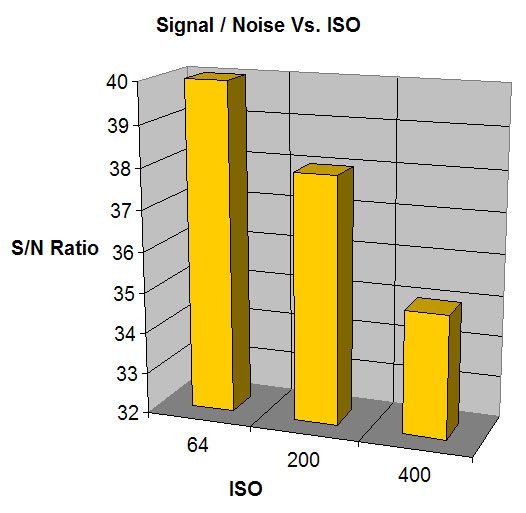 NB:The current pre-release version of DxO Analyzer (Fe, 2004) basis its S/N readings on a single average Gray Level. Since this is difficult to accurately match between test cameras it is not yet appropriate to compare S/N readings between camera systems. It also does not currently provide sufficient information about how a particular camera’s sensor responds to noise as the exposure value is varied. 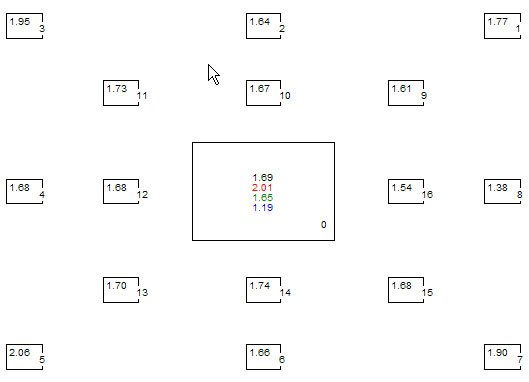 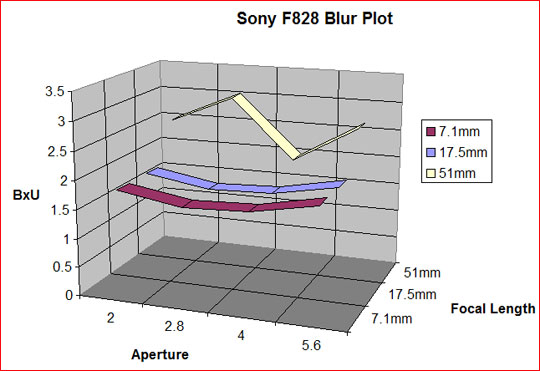 As shown above the system shows a BxU of 1.69 at a focal length 17.5mm, ISO 64 and an aperture of f/5.6. This is close to its best performance. Worst case is with the lens wide open at ISO 400 where it reaches 4.23 and also at 51mm and f/8 where we are likely seeing the beginnings of diffraction effects, reducing resolution.

At the tested focal length and aperture image quality holds very well from center to edge.

These numbers will become relevant when compared to results from other competitive camera systems, but it’s clear that the Sony F828 is capable of producing some very crisp images at wide to medium focal lengths. There’s some deterioration at the long end, but performance is still respectable.

Remember that +1 BxU is equal to oneBlur-Morefunction in Photoshop. To see for yourself what this represents in subjective sharpness difference, load any reasonably sharp image into Photoshop and then applyBlur More.So if two lenses are 2 BxU apart, you need to do it twice to evaluate that difference.

The Sony F828 drives some people crazy. It is capable of producing very sharp images, but mostly at the wide to medium end of its zoom range. It is capable of producing images with very low lateral chromatic aberration, but only at medium focal lengths. Wide and long focal lengths show considerable CA, though of course this is only an issue with subject matter where it’s noticeable. At ISO 64 and 100 noise is respectably low, but it increases rapidly at 200 and isn’t acceptable at ISO 400.

Combine these optical characteristics with first rate construction and handling, but some really annoying controls and frustrating RAW capabilities, and you have a camera with aJekyll & Hydepersonality.