One of the things that separates professional photographers from hobbyists and amateurs is the amount of film that they shoot. The pro shoots with little regard to how much film he may be burning through — as long as it doesn’t run out before the day is done. Film and processing expenses are minor compared to travel costs, model fees, assistant’s salaries, client’s time and the myriad of other factors to be considered. Most pro’s location shoots are measured in dozens of rolls of film a day — or the digital equivalent.

This isn’t extravagance. This is simply working smart. The most important thing is that at the end of the day the story has been told in images. Not one good shot, but many. The art director, the client, and everyone else involved in the creative process has differing opinions, tastes and needs. The stock photographer knows that the agency doesn’t want just one or two good frames, they want dozens. The experienced pro knows that to be successful he has to deliver variety.

I was reminded of this on a recent wildlife shoot atBosque del Apachein southern New Mexico. On one of the days there we found ourselves by a overnighting pond as snow geese and cranes by the thousands came in to land at sunset. I shot 165 frames in a 30 minute period — the equivalent of nearly 5 rolls of film. (I was shooting digitally with a Canon 1Ds). 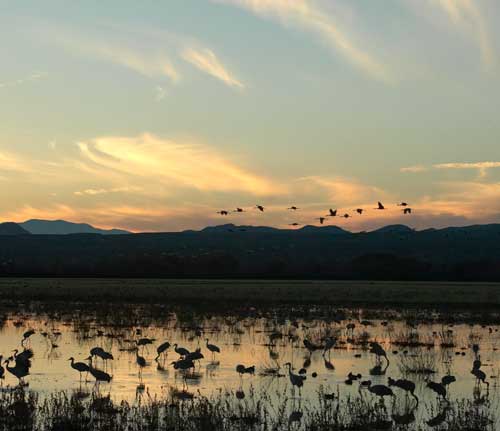 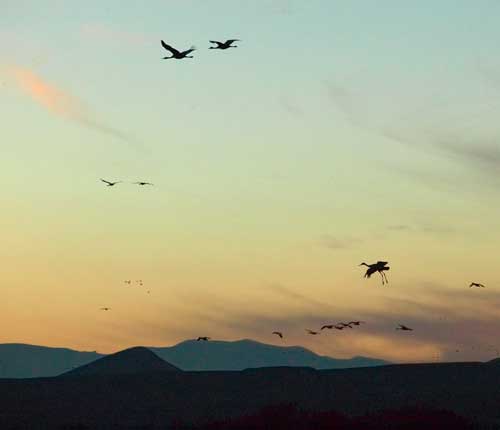 These 165 frames produced 4 images with which I’m happy, and which, if this had been a commercial assignment, I would submit to the editor or agency. These four are reproduced here, along with pertinent technical information and the time at which they were shot. Each tells the story somewhat differently, and each could be used in a layout for a different purpose.

At the time I had no idea what would work and what wouldn’t. The light was gorgeous and the birds were cooperative — that’s all that mattered. I didn’t even have time to change lenses, simply using a medium zoom and changing focal length as the scene evolved before me. Only some days later did I see how the different compositions and framings that I was trying had worked, or didn’t.

Four good frames out of 165 is a 2% average. Not bad. I usually don’t do that well when shooting wildlife. Someone else might have chosen different frames, but likely not too many more. 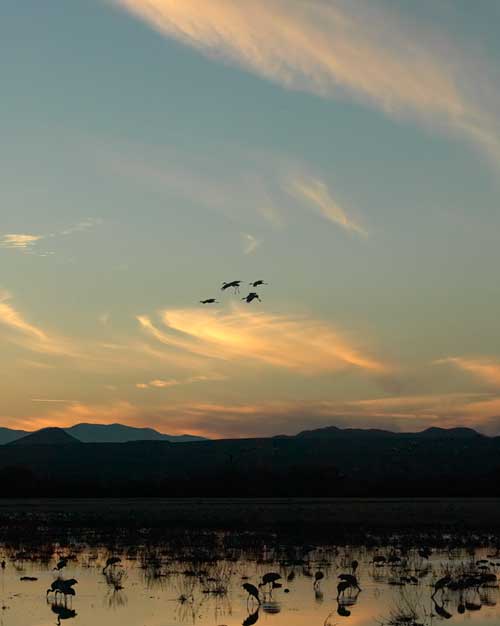 The point of this is to have you think about how muchyoushoot. Are you shortchanging yourself by being too conservative in your shooting habits? I’m not suggesting profligacy — by no means. But when the light is changing quickly, and the subject is in a state of flux, don’t be afraid to keep your finger on the shutter release. It’s only film (or bits).