The Art of Fooling-Around 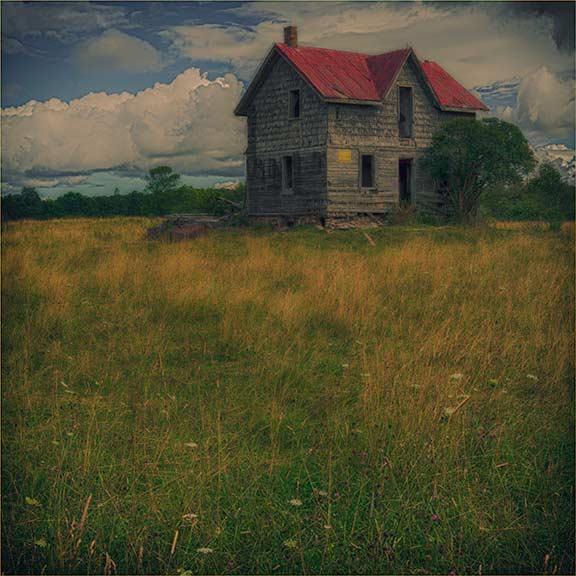 Photographers take themselves far too seriously. They are also on the whole uptight about whether or not the world takes what they do as an art form – even after some 150 years.Lighten up folks!

The art of painting liberated itself from the shackles of academic “correctness” before the turn of the 19th century. The Impressionists, the Cubists, the Pointillists and all of the other movements at the time said – “Screw it. Straight representational painting has gotten boring. Let’s shake things up”. And thus we ended up with Picasso, Chagal, Degas, Monet and the rest of the gang that revitalized painting in the late 19th and early 20th Century.

But photography has always been the Nervous Nelly of the arts. “Please take me seriously”,photographers chant. “Look – this is just the way it was when I saw it. No Photoshopping (I’d rather go camera shopping), no tricks up my sleeve. I didn’t change a thing”!

Well friends, there are different types of photography. There is forensics, where the court wants a literal representation of what was there, or at least as literal as a two dimensional image can be. At the opposite end of the spectrum there are photographic illustrators, people who take an image and then create fantasies out of their heads using Photoshop and other tools.

In the middle lays the vast majority of insecure “fine art” photographers. They bristle when someone viewing their work asks “Did you Photoshop it?” No, no no. It’s exactly as I saw it, they reply.Huh?! Really?

There’s a great story of a photographer who showed a wallet snapshot to Picasso and said, “I’d like to show you my wife“. Picasso is reported to have replied, “Strange, all I see is a piece of paper“.

Since the invention of colour photography the problem for photographers has gotten worse. At least with B&W there is a level of abstraction. But when every camera can shoot a nice clear photograph in naturalistic colour, some of the magic goes away. Then, when photographers try and break out of the straight-jacket of literal representationism they run afoul of the call “Did you do that in Photoshop?“, at which point they become defensive and confused.

Of course the questioner doesn’t really care what tools I used. What they’re really asking is, “Is this real? Can I believe that what you’re showing me was not a creation from your mind. After all, this is a photograph, not a painting“.

And therein lies the dilemma. Photographers want their art to be considered just that – art. But when asked if it’srealor not they become defensive.

In recent years more people take more photographs with their smartphones than all the “serious” photographers in the world do with their DSLRs. And most interestingly, vastly more of these images are displayed online to others than are those of fine art photographs in galleries and books. Sites like Flicker, Instagram and Facebook have radically changed the way that people’s photographs are displayed, and the devices themselves have changed the way that they are conceived.

The same people that used to say“Did you Photoshop that?“, now freely apply any number of image manipulation apps to their smartphone images before they upload them. Why? Because it’s fun. And indeed we are recently seeing an interesting phenomena. The “Did you Photoshop that?” crowd are no longer asking that question, because they are doing it too.

HDR has also changed the landscape for serious photographers. What started off as a technology that only seemed able to produce thatgrungylook, has now evolved into a more subtle form, both expanding dynamic range and allow other forms of technical and creative image modifications that don’t necessarily have that heavy-handed HDR look. 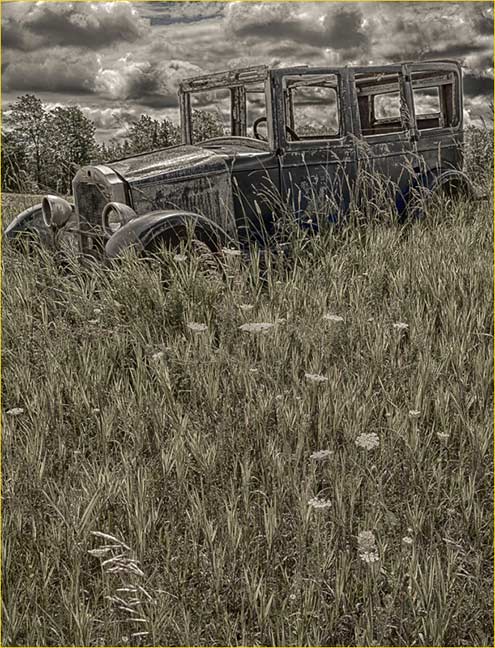 Which Leaves us Where?

I maintain that it’s time for photographers to leave their insecurities behind. Like other visual artists let’s have the courage to create images that express how we imagine a scene was, rather than just what the camera saw. As long as we remain slaves to traditional approaches our work will have the potential to be as moribund as academic painting became in the late 19th Century.

But in the end all that matters is that you take the photographs that you want to take and interpret them as your artistic sense dictates. Others don’t like it? Fine, what else is new? Art is there to express an individual’s take on the world, not to be pretty and acceptable. That’s the domain of the decorative arts, which sadly is where much so-called fine art photography is too often found.

Life and Times Of Mark Stothard

Publisher’s NoteOnce in a while you meet an individual that has an endless amount of energy and drive. Mark is that kind of individual. I