It’s easy to be a critic. You just need to have an opinion and a soapbox to spout it from. But when I listen to or read someone’s opinions I want to know what combination of knowledge and experience allows them to hold forth on a given topic. Since I pontificate on many subjects in various essay and reviews on this site I figure that you deserve to knew a bit about who I am and what experience I bring to the table in each of these areas. 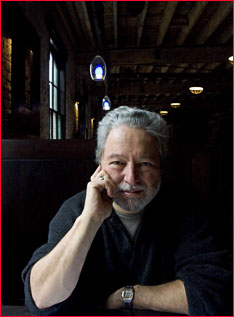 — had my first fine-art / documentary gallery one-man show in 1963, with numerous exhibitions since

— operated my own fine-artphotography gallery and teaching studio in Toronto, Canada from 2007 – 2010

— an alpha and beta product tester for numerous companies

— was head of product development for two major software publishers

—Producer and on-screen co-host with Jeff Schewe of best-selling training videos on Printing, Lightroom, and Photoshop, and with Walter Borchenko on C1

None of this makes my opinionsright. But it means that when I criticize something my opinion comes from some fairly extensive photographic and industry experience.

Am I biased? Yup! I like equipment that produces first-class image qualityandthat does so with well-designed ergonomics and user interface. A good product needs both. A product fails, in my book, if it only succeeds in one of these two areas.

Do I make mistakes in my reviews? Sure, lots of them. Who doesn’t from time to time? I do my best to correct them though when I do.

But I put a lot of thought into my writing, and I don’t criticize things casually or indiscriminately. I do praise good products, and point out failings when I see them.